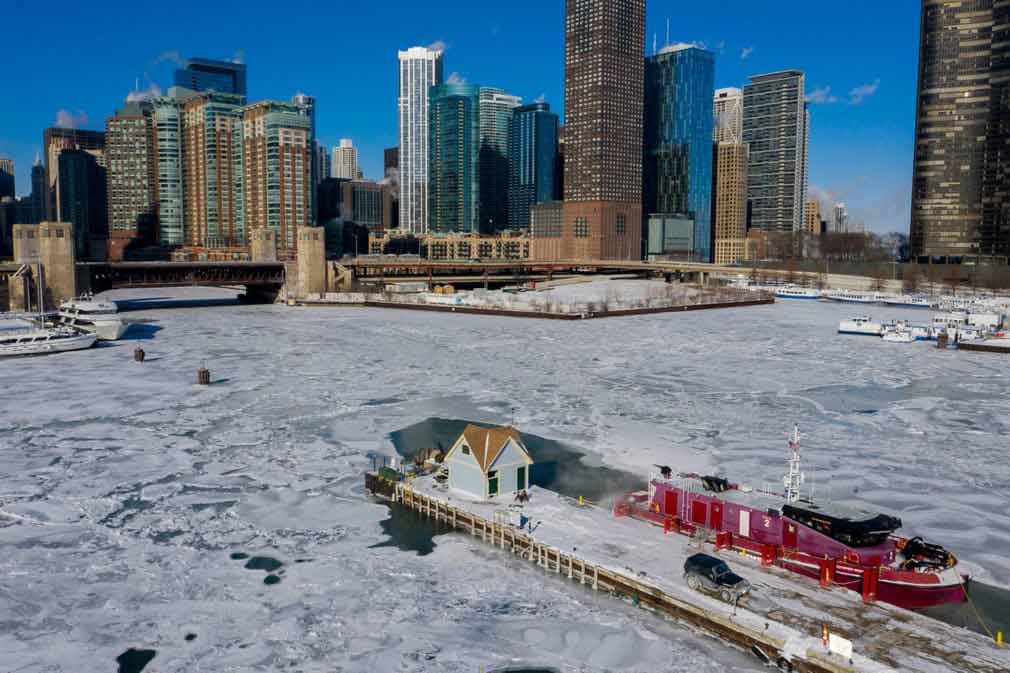 Most of us are aware of temperatures of and around zero degrees But what if the temperature drops down below -20 degree? It’s freezing and it’s beyond words to explain what it is. As per reports this year, Chicago is colder than Antartica this year. Also, it is worse than ‘Chiberia event’ in 2014 when the temperatures were recorded at -16 degree Celsius.

It is happening due to Arctic Polar Vortex, it is a wind system that is centered around the North Pole.

This year the winds have changed the direction and have shifted southwards engulfing North America in a thick layer of ice.

Despite the cold weather life continues to move. the railway tracks have been set on fire so that they continue to function and communication is not interrupted.

It is so cold that even if someone steps out of the house for some 5 minutes in Chicago then will get frostbites.

As per weather reports, the temperature will continue to stoop down.

Here are some tweets about freezing cold in Chicago –

Throwing a cup of boiling water in the air, when it’s minus 27 degrees (celsius). #chicago #PolarVortex2019 pic.twitter.com/fgRZHnwVvo

its so cold in the midwest that this is what happens when you walk out with wet hair. I want to break her hair in half #CHICAGO pic.twitter.com/lAtEVIveX0

As of 6pm observation this eve, #Chicago (O’Hare) has been below zero for 48 hours. The 2019 streak of consecutive hours below zero will be 4th longest by itself once to 7pm, as the temp. remains at -4° as of this writing (6:31pm). This list will be updated once finalized. #ilwx pic.twitter.com/AGz00b2ixi

Tags: Temperature is Freezing in Chicago