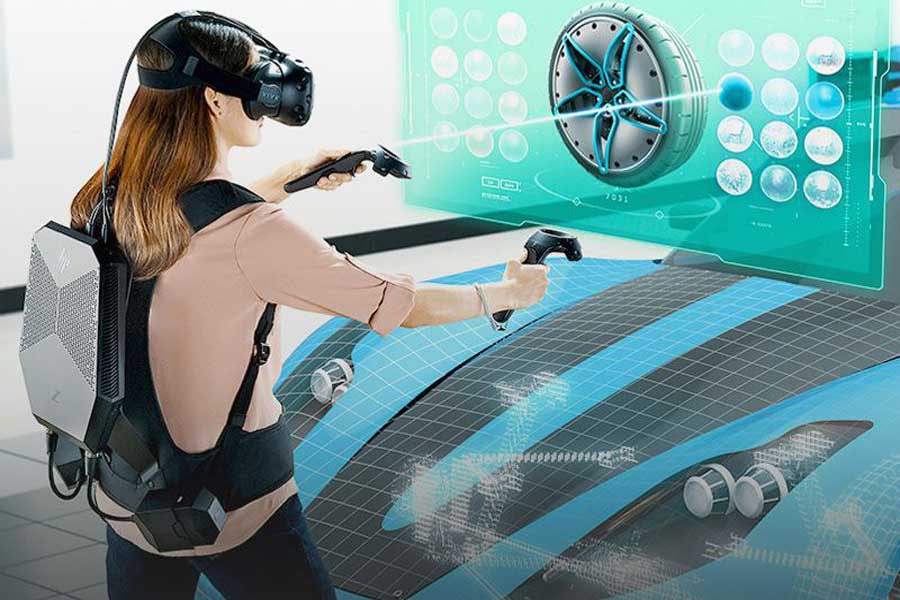 Virtual Reality (VR) has come a very long way in a few short years, and its meteoric rise has meant that the technology has advanced leaps and bounds. Apart from the gaming industry, VR is becoming an indispensable tool in other industries, like healthcare, construction, sports, and the auto industry, where Siddharth Kashyap discussed how VR is valuable as a training and design tool. But, while a truly realistic VR experience requires a tethered connection to a stationary PC or laptop, a new VR evolution, the VR backpack is set to become a game-changer offering total VR freedom.

VR backpacks include features and components found in the highest-end gaming PCs and laptops but redesigned into a smaller, lightweight wearable chassis where the only limits are how big of an area you can play in and the backpack’s battery life. They are built to be durable and specifically engineered with VR in mind: from specialized designs that optimize airflow away from the body to hot-swappable batteries for extended use and the position of the various ports.

Additionally, due to their powerful RTX Nvidia GPUs, VR backpacks also meet and even exceed the minimum industry standards for performance set by major VR manufacturers like HTC, Oculus, and Valve. With this in mind, companies like HP, and MSI, among others, have come up with what is essentially a powerful mini PC you can strap to your back, for a truly immersive VR experience.

HP has had a few VR backpack offerings on the market in the last couple of years, from the HP Omen X to the business-orientated HP Z VR Backpack G1 Workstation, but their latest, the HP VR Backpack G2 crams the latest hardware and is touted by Gizmodo as the world’s most compact VR desktop. Updated with an 8th gen Intel Core i7 CPU, Nvidia RTX 2080 with 8GB of dedicated GDDR6 memory and 16GB of system memory, the result is a powerful PC for a wide range of applications.

From gaming to development, HP’s latest backpack delivers the closest thing to true VR freedom. This is why the HP VR Backpack G2 is built for both commercial as well as home use, making it a potentially useful tool for architects, museums, retailers, and virtually any business that can come up with a way to leverage it. The HP backpack can also be used as a valuable training tool or 3D development station. The only downside is the one-hour battery life, however, with hot-swappable batteries you never have to take more than a quick break to extend your VR session.

Unlike the HP G2, MSI’s VR backpack looks like a futuristic powerpack right out of a sci-fi film. The VR One Backpack PC is a sleek and aerodynamic powerhouse, that weighs just 3.6Kg. Unlike HP’s latest offering, however, MSI’s guts are a generation older, with an overclocked 7th gen Core i7 and Nvidia 1070 GTX GPU. Having said that, it’s still powerful enough to handle the most intensive VR games, but you won’t be able to take advantage of the RTX’s real-time ray tracing, AI-based scalable performance, and programmable shading.

While MSI’s product is less of a dual-purpose design than the HP system, and it’s hot-swappable batteries are part of the main body, it can still be used as a desktop PC when needed. Where the VR One excels, though, is with its 90-minute battery life, and price around $1,600 – $1,700 that’s almost half that of HP’s. At $3,200 MSRP, the HP will be out of reach for most casual gamers, but its performance will appeal to hard-core gaming enthusiasts, developers and businesses that require the walkabout freedom afforded by a high-end VR backpack.