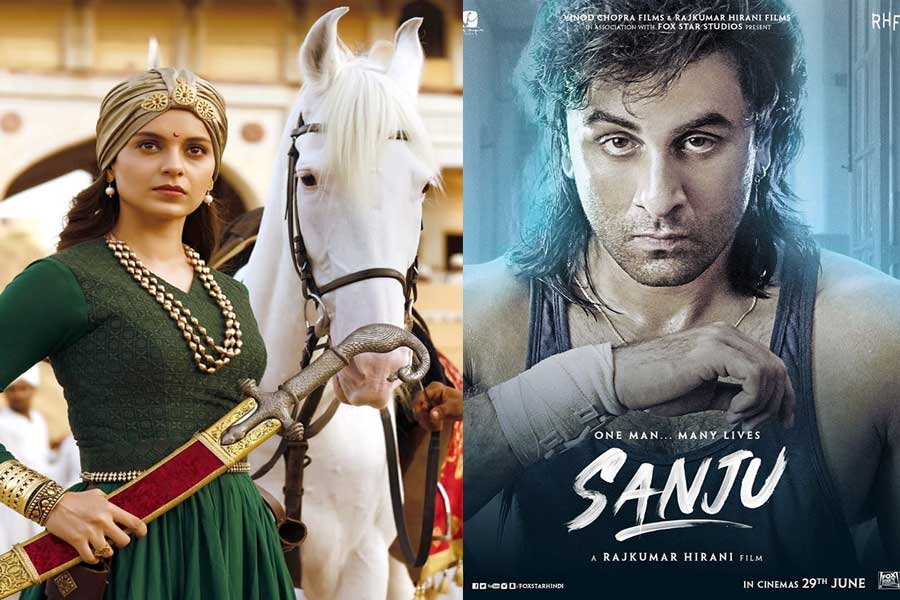 Cinema is that form of art that definitely replicates life. Even every fiction movie has a resemblance to real-life (Real-life Movies) because viewers like to see what they feel and experience, too, they will connect with emotion that a piece of art depicts. This is why every film industry likes to adapt to real-life events or try to make fiction as rational as reality. If we talk about Bollywood, we already have enough examples, like Dangal, Airlift, and Neerja, etc.

So here is the list of Bollywood’s upcoming biopics that are going to make a huge hit in the near future, according to us:

A post shared by Bollywood Latest Updates (@bollywood_latestupdates) on Apr 24, 2018 at 2:28am PDT

Actor Sanjay Dutt’s life has seen a lot of ups and downs and so far his real life is worth a biopic, this fact was well known to Rajkumar Hirani and VidhuVinod Chopra, who are going to soon release a movie based on Sanjay Dutt. Actor Ranbir Kapoor will be playing Sanjay Dutt’s character in the movie.

A post shared by Bollywood Latest Updates (@bollywood_latestupdates) on Aug 3, 2017 at 7:12am PDT

Padman is based on ArunachalamMuruganantham, the man who invented low-cost sanitary pads when he learned that not every woman is able to afford the sanitary pads. His revolutionary initiative won him Padma Shri. Twinkle Khanna is all set to make a movie on Padman.

Manto is a biopic of author Saadat Hasan Manto. It is a Nandita das’ film in which Nawazuddin Siddiqui will be playing Manto’s character.

Saare Jahan Se Achcha is a biopic of Rakesh Sharma, the first Indian astronaut. Chances are that Amir Khan will play the role of the astronaut.

A post shared by Fashion Collection Pakistan (@fashion_collection_pak) on Jul 27, 2018 at 2:43am PDT

This one is based on India’s former PM Mr.Manmohan Singh. Actor Anupam Kher will be playing Manmohan Singh’s role.

6. Manikarnika: The Queen of Jhansi

Actress Kangana Ranaut will be seen playing the role of Rani Laxmibai of Jhansi. We are sure Kangana would a total justice to her character.

Priyanka Chopra will be playing the role of astronaut Kalpana Chawla, she was the first Indian woman to go to space.