Tiger Shroff’s Sister Krishna Shroff Gives Fitness Goals To Women. She Seems To Be Even A Bigger Fitness Freak Than Her Brother 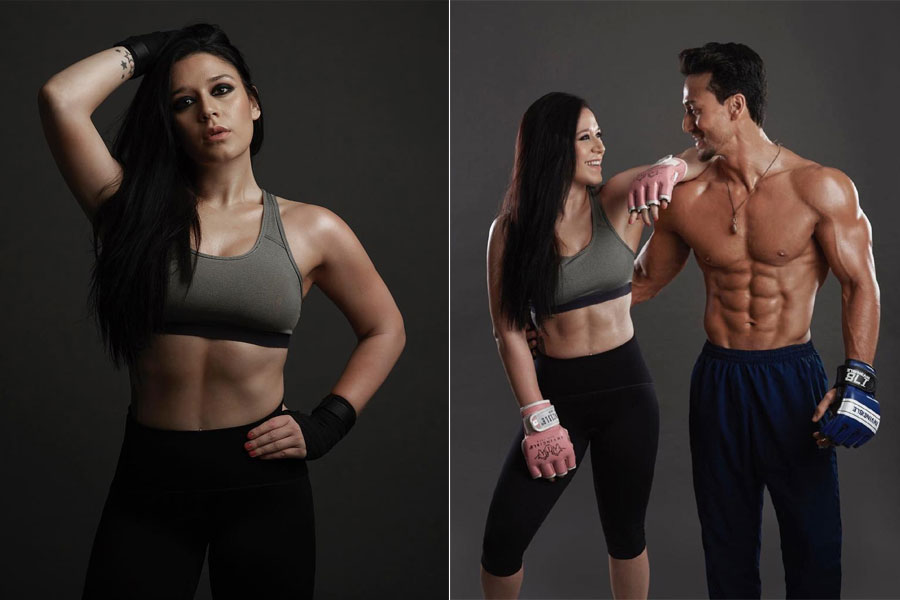 Krishna Shroff has become a social media sensation, for her flawless body. She has taken fitness to another level and her body proves that. Beautiful and bold Krishna is followed on Instagram immensely. She often shares her pictures from her work out. We all know how many scores are given in Bollywood when it comes to fitness. But mostly male actors go freaky when it comes to bodybuilding.

When it comes to fitness and muscles of hot Bollywood actors we sure get photos of Tiger Shroff in ripped jeans and no shirt in our mind. Tiger Shroff has made his name in the world of Bollywood, he also won the heart of his fans, because he is a very good bodybuilder.

Tiger Shroff’s sister is also a fitness freak just like her brother. Going by her fit body, we can say she is giving some serious fitness goals to all the actress in Bollywood.

We all have seen his 6 packs or 8 we may say, and this is why fans go gaga on social media when he uploads shirtless pictures. But nowadays Tiger Shroff is not in the discussion, on social media, seems like he has got a new competitor that is known other than his sister Krishna Shroff.

If we go by her body ( with perfect abs), trendy tattoos that she has on several parts of the body and her hot photoshoots, we can say that the girl is even cooler than her brother (and hotter, too). Believe us or not but it is hard to digest that this fit and beautiful women did not follow the passion of acting as her father and brother.

You can also read: Pictures of 10 B-Town’s Actresses Hitting the Gym Will Make You Take up the Gym Membership too

She inspires her fans

On her social media pages, like Instagram, we often find her posts that shows not only she fit body but also quotes that inspire others, too. In one of her post, he shows her abs and writes “It’s not arrogance, ego, r pride. It’s self-assurance. Know who you are and show up in every single moment like you’re meant to be there!”

Her pictures from her visit to Phuket, Thailand, are sheer sizzling and one is bound to be awestruck to just look at them. She looks so attractive in bikini with all the colorful tattoos. In spite of her so much fun-loving personality, Krishna leads a very private life where it doesn’t involve media and paparazzi.

You can also read: 10 Bollywood Actress Who Swear By Yoga To Stay Fit

She never wanted to join Bollywood or maybe she never will

In one of her interviews she told a media that “When it comes to acting, I have always been clear from the beginning that it’s not something that intrigues me. I am not the one to face the camera… I am a very private person,” – Krishna Shroff

For us, it is very disheartening to not see her perform in a movie as she seems to have a lot of fo elements that make a great actress, she is bold, beautiful, and fit. We are sure fans would like to see her on-screen, but as she clearly stated that she happy with her own life and never wishes to join the B-town.

You can also read: 12 Sizzling Photos of Karishma Sharma will Inspire You to Add Gyming in New Year Resolution List