Have You Been To This Tiny Heaven That is Known as Miniatur Wunderland? 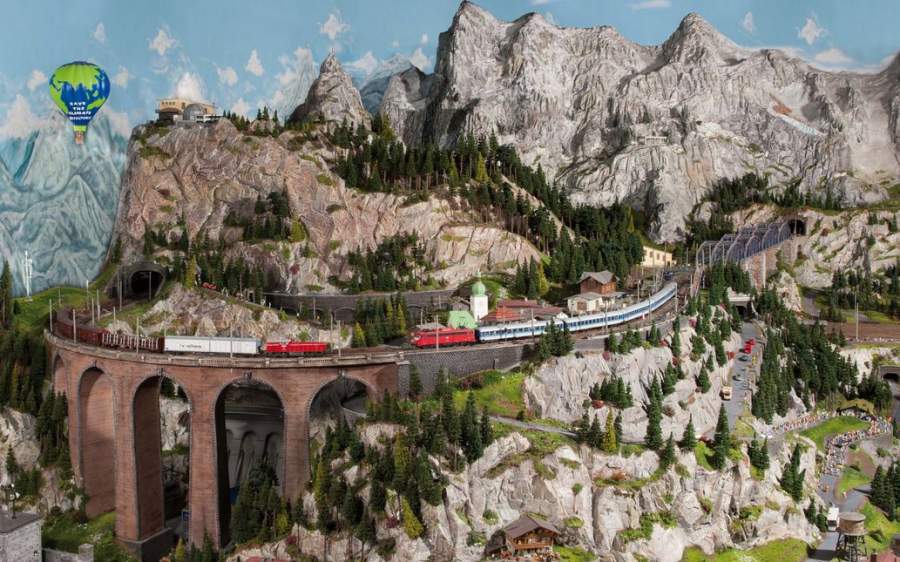 Do you know there is a wonderful place that looks like no less than any heaven? Yes, that’s a place located in Northern Germany which is the best place for kids wherein they can play and enjoy being themselves. Not only kids can enjoy here, even adult and senior citizens can also set their heart free and play like kids here. This is the place which is one of the most visited attractions in Europe. This is called as Miniatur Wunderland in German or as Miniature Wonderland. And, yes don’t make a mistake if you thinking like this is only a kid’s thing which is absolutely not.

Let me tell you more about this place. Stay tuned.

So what exactly Miniatur Wunderland is?

Miniatur Wunderland is one of the largest model railway systems in the world. It has also been voted as the most popular tourist highlights in Germany. It features the miniature versions of Hamburg, the mountains German region of the Harz, the Austrian Alps, France, Italy, North-America, and Scandinavia. Several construction sites are also open to visitors.

Hamburg’s miniature replica consists of no less than 200 square meters. This city is home to approx 50,000 Wunderlander which includes the Hamburg’s main attractions such as Michel and Hagenbecks Tierpark zoo, as well as Hamburg Hauptbahnhof, at which 1,500 trains arrive daily.

It has a 2,300-metre square air-conditioned exhibition space that features around 400,000 tiny figures set across different eight regions. Over 1000 trains and 20,000 meters of track, more than 500, 000 lights and 10,000 moving cars day and night and flight simulations also every minute. All this is controlled by more than 64 computers. Well, all this seems pretty awesome, right? You also get to see breathtaking views regularly which look like mini heaven or you can say a miniature landscape.

How did it start?

Well, this largest model railway system has been built by two brothers Frederik and Gerrit Braun in the year 2000. They took a loan for this and the construction got started in December 2000.

In the year 2000, the brothers Frederik and Gerrit Braun set out to build the largest model railway system in the world. After applying for a loan, they began construction in December 2000. In August 2001 they have completed three miniature sections. And, today this miniature world comprises of 1000 square meters with many beautiful sites.

When it is a good time to visit?

A good time to visit here is only when you have done reservations. Make sure you do not visit here on weekends or holidays as you might get a huge crowd here.

So, are you excited to take the tour for this mini heaven?