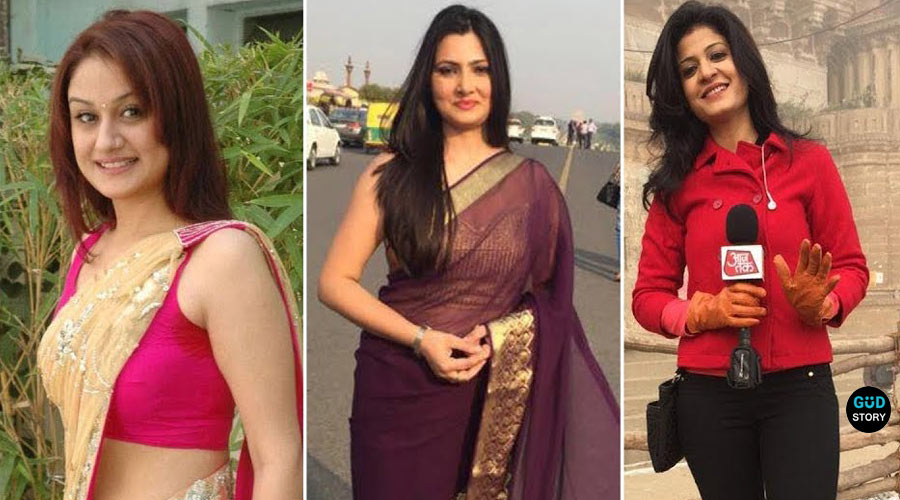 Media has always attracted youngsters and is being taken up as a good career option. Not only are we attracted to the television sets for getting updates on various news from the different parts but also there is glamour attached to these reporters and the whole thing simply adds to the desired quantity of spice.

Just like Bollywood theses, news anchors are stunning beauties with lots of glamor and style quotient. Here is the list of these stunning new anchors:

A very familiar face, Shaili Chopra is an award-winning business news anchor and has been in the industry for more than a decade she writes columns and does report apart from being a news anchor.

She is the Business Editor for Tehelka and also writes a popular golf column, “Tee Off With Shaili Chopra” for DNA. Her interviews with Warren Buffet, George Soros, Anshu Jain, P Chidambaram, Christine Lagarde and many more have made a mark.

She is the beautiful anchor and author. She is also the Deputy Editor at Aaj Tak. Earlier she was prime time anchor and Deputy Executive Producer at News 24.

Starting her journalism career in 2003 by joining Zee News for a desk job. She is also the stunning host of debate show, Halla Bol on Aaj Tak. Her coverage on the 16th December gang rape had made the headlines.

The model, video jockey and television presenter for channel V, Archana Vijaya is a stunning lady from Kolkata. Her career started after winning the reality show 1st Supermodel show Get  Gorgeous Season 1 in India by the Channel [V].

She is the most attractive and wanted television hosts in India.  Travel, (Freedom Express 1 and 2), Bollywood (BOLLY [V]), Music (Junglee Jukebox) Glamour/Gossip(EBUZZ for AXN ASIA), Reality (Get Gorgeous season 2 and Sunsilk Bindass Blue Carpet (UTV BINDASS) are few of the shows where she stunned all by her presence.

She also presented IPL and tour Diary, Cricket Tadka make that have made her a popular face in the cricket broadcasting also.

The Executive Editor of Bloomberg was also the Femina Miss India winner in 1996. She was a popular face and had made her presence felt both in political and business news for more than a decade and a half.

In the world of marketing for the year 2013, she was regarded as the most influential women in India. She was also given the Rajiv Gandhi Award for Excellence as a young achiever, Miss India Asia Pacific.

The most popular face of the country when covering Indian TV sports.

She was in the football team of her college and became the guest anchor for a broadcast of FIFA beach football and all due to her interest in game and beautiful looks she soon became popular sports journalist with ESPN.