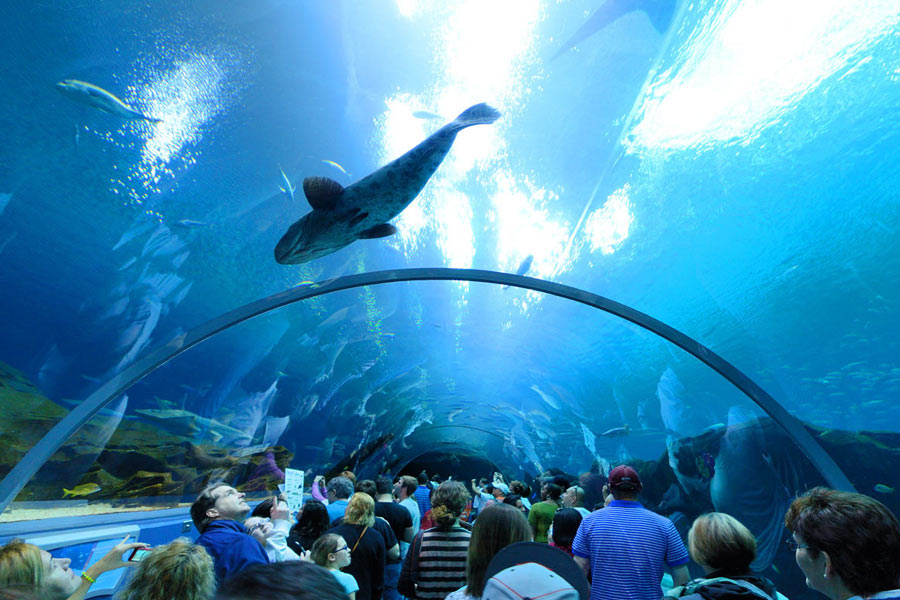 Who doesn’t like a little goldfish in a tank? Well, a frenzy of people has gone too far in the world that there is numerous type of aquariums in the world. When technology and creativity meet then, the sky is limit for humans to create amazing replicas of the fish-world existing deep down in the oceans. The tradition of having aquariums has its roots back in the time of the Roman Empire.

Not just in Rome but in China also porcelain tubs were developed to keep goldfish. However, only in the middle of 19th-century fish keeping in an aquarium became people’s hobby.

And ever since then until now, it’s been one of the favorite hobbies to keep fish in mini Neptune aquarium and creating an exact replica of it. So, let’s have a look at the 10 most amazing aquariums in the world.

This aquarium has a capacity of over 4 million liters of water. Its residents are the crocodile, whale, sharks, stingrays, etc.

It’s in the territory of Radisson Blue Hotel in Berlin. It is a 25m cylindrical, glass aquarium. Viewers have a magnificent look at it with the help of a transparent elevator running through it.

It has an 80-meter long underwater tunnel and houses around 10,000 species of marine animals.

This aquarium contains around 2 million gallons of water.

This is actually a marine-themed park in Durban. How cool is that!

What is worth amazement is this huge aquarium is located in a mall in Dubai. It contains 33,000 marine creature.

This one is amongst the largest aquariums in Asia. It has a 509 feet long underwater tunnel.

This one has 45,000 species of the marine creatures. OMG!

This one is divided into two huge tanks and includes whales, sharks, wolf eels and more.

Here comes the largest aquarium on the Earth. This gigantic aquarium has more than 1, 20,000 aquatic creatures. Oh, boy! Need I say more?

Tags: Aquariums of The World

How To Choose The Right Hotel in Gatlinburg