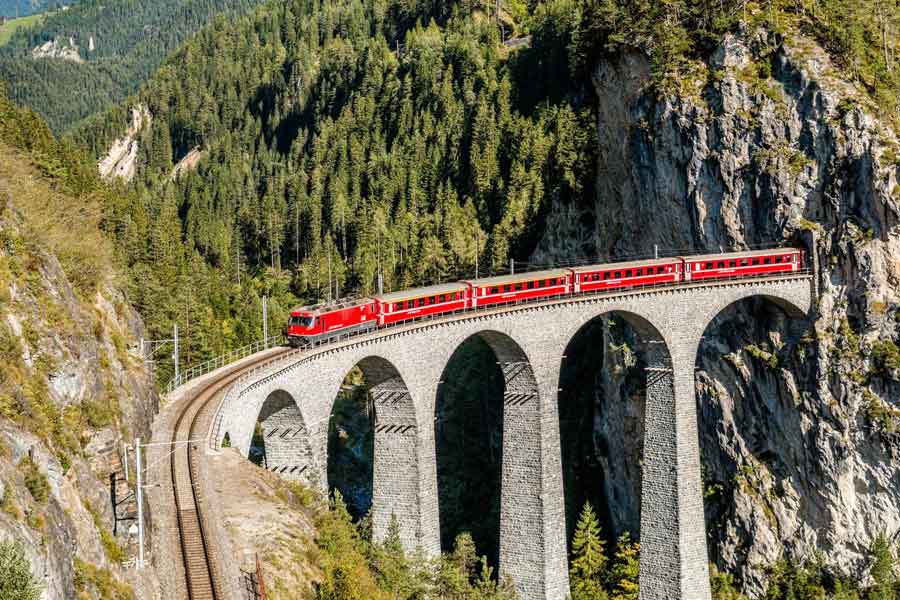 All of us love to travel and explore new places. It is not always the destination that gives us life experience but the journey that makes it worth. The journey towards the destination always adds fun to our expedition. Talking about the journey, don’t we love to travel via train more than any other mode? We’re sure you do. We enjoy traveling through train because a train’s journey is livelier, it is more interactive, and it is adventurous and gives us the whole idea of traveling.

What if we tell you that there are more adventure and thriller in the journey rather than the destination?

Well, we have come up with 10 such scariest railway routes around the world that will give chill and thrill more than the destination would. Check out the list below:

Taking pilgrims to their holy destination, trains run on this 2.3 kilometers bridge that connects Chennai and Rameswaram. While sitting inside the train all you behold is a scenic view of the beautiful valley and mostly the sea beneath it. This route is not just pleasing to eyes but also gives you chill if you dare to look down your couch’s window.

When you travel through this rail route you are surely praying to God. Yes, it is that scary! Colorado’s Georgetown Loop railroad is amidst green valley and icy rocks. It gives the most beautiful yet the scariest view. Built in the 19th century, this rail route is considered one of the most dangerous one.

Need we tell you how scary is this rail route? It’s like you scooch alongside a narrow wall. One side it’s tight spaced hill and the other is deep gorge. It got its name because the number of workers died while building the tracks on this route.

Connecting the city of Salta to Chile’s Polovrillo, 4200 m above sea level, this long train track seems like going up to the sky. It’s high, it’s long and it’s scary.

This rail route is more of a tourist attraction nowadays, because of its snake-like rail tracks. People travel on this route just to experience the deadliest route.

You board the train from Jakarta to Bandung to have the scariest experience for 3 hours. You are bound to scream and pray to God when it crosses the deadly bridge Cikurutug. The only instruction is, never to look down the window!

How would you feel if we tell you that this rail track is intersecting an active runway of Gisborne Airport, New Zealand? FYI, the railway track is active, too. You do the thinking, now.

This is one of the most frightening railway tracks as the Minami- Aso railway track traverses through the Mount Aso. Mt. Aso is Japan’s most notorious volcanic site. Not just that, due to Kumamoto earthquakes railway track is a bit damaged, too. It is not only dangerous it is rather hazardous.

9. Ecuador’s Nose of the Devil

Due to the presence of a number of hills and mountains near the small village of Alausi. The government decided to build zigzag narrow railway tracks. It looks scary, but the engineering behind building suck tricky tracks will leave you wonderstruck.

Though this railway track is not built with any marvelous engineering over the hills, or water of in the sky or anything, it is considered to be unsafe or dangerous because of the crime rate happens at this track. Due to frequent crimes, at least one out of ten trains get canceled almost every day. It is one of the making concern of the South African government and this is why this railway track makes to this list.