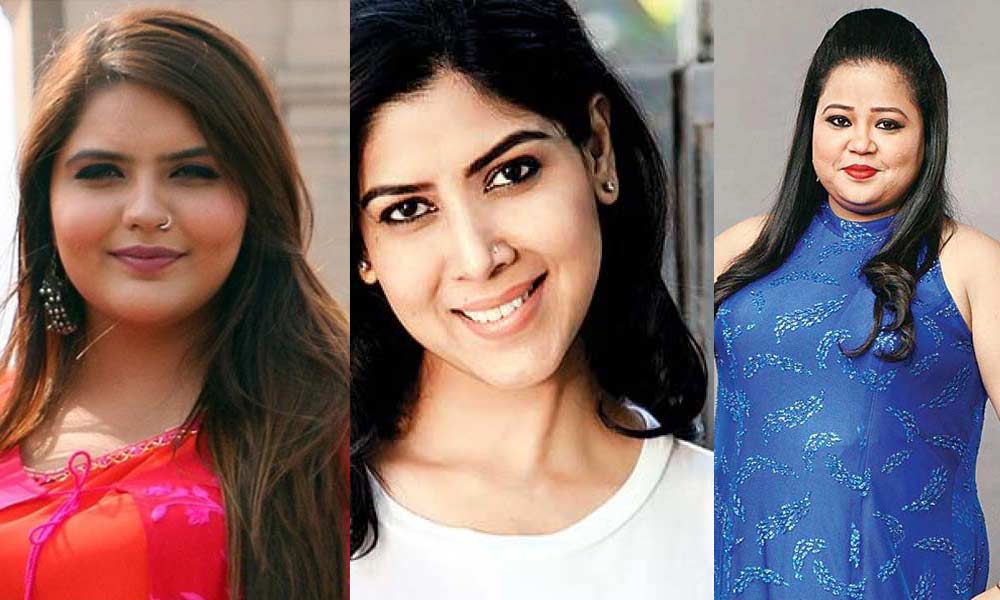 Whenever we talk about Bollywood, what comes into our mind is the beautiful and amazing pictures of Bollywood divas and their zero figure. No one likes to think about those beauties who are healthy and chubby. It is a common myth among common peoples that only a perfect bikini size figure girl can make her entry in the world of Bollywood.

In this article, we will talk about some fat ad healthy Indian television actresses who managed to gain a lot of popularity in a short span of time due to their strong talent and acting skills.

Bharti Singh is popularly known as “queen of comedy” or “laughter queen” on Indian Television. She has indeed made her place in Bollywood also by working in a movie like Khiladi 786. She became popular in a very short span of time. Apart from her superb acting, she is best known for her comedy skills.

She also made her appearance on the famous comedy shows namely Comedy Circus and The Kapil Sharma Show. She also gave a splendid performance in a reality dance show, ‘Jhalak Dikh Laja’.No doubt that she is too fat but brave also as she was also one of the participants of the show ‘Khatron Ke Khiladi’.

She is one of the most famous Indian actress, comedian as well as writer. Hope you remember her, as she made her impeccable presence in most viewed web series like ‘Girlyapa’ and ‘The Trip’. She also made a special appearance in Saket Chaudhary’s Hindi Medium movie with Irrfan Khan in the year 2017 where she has played the role of a true Punjabi girl.

During September 2017, she also appeared as one of the three mentors along with Zakir Khan and Hussain Dalal for the fifth season of The Great Indian Laughter Challenge which is judged by the Bollywood actor Akshay Kumar. She also played ‘Harpreet’s role in a Bollywood movie, namely ‘Namaste England’ in 2018.

Sakshi Tanwar is yet another example among those talented beauties who got success with her talent despite having a fat figure. She has made her appearance in daily soaps like ‘Bade Acche Lagte Hain’, ‘Kahani Ghar Ghar Ki’ and many others.

Do you remember this beautiful girl from ‘Mahi Way’ as Mahi Talwar? She had played the role of an overweight girl in the popular show. Pushtiie is one of the most loved plus size Indian Television actresses who believed in herself and proved to be an inspiration for many girls through her acting skills.

Delnaz Irani is another popular name in the list of Fat beauties. She has made her appearance both in Bollywood as well as Indian Television daily soaps. Undoubtedly, she has got wonderful acting skills which we have already seen.

Most of the people make fun of her due to her over-sized figure. In a reply, she said that it doesn’t matter to me whether I am plus size or thin size, I know that I am a fat girl who is bold enough to walk the ramp or to rock any fashion trend.