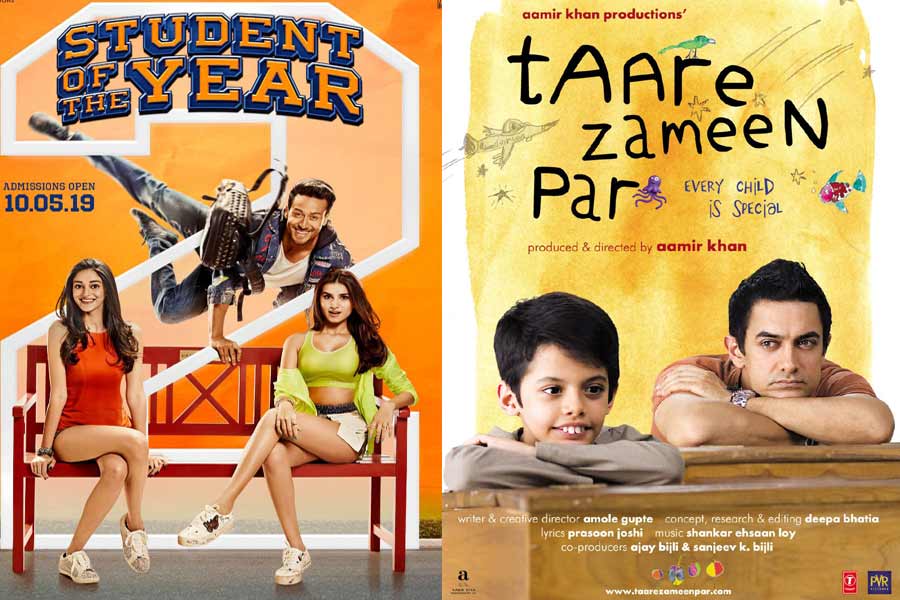 We have watched many movies in which we come across such school and college buildings which look no less than a dream. Such a classy crowd, hot teachers, luxurious cars and bikes and many things like that. Movies like Student of the year (1 and 2 both), Taare Zameen Par and Main Hoon Na etc also have shown us such schools and colleges which has made them extremely popular in real life as well.

Let’s have a look at some of the movies which have made these schools extremely famous among the masses.

How can we forget this famous movie featuring our all-time favourite, Aamir Khan? This movie was one of the most loved movies of that time. Do you remember the song of this movie, ‘Pehla Nasha, Pehla Khumar’ which never fails to remind every one of us about our high school crush? True right? The movie was shot at several locations around the hills in South India, but most of its scenes were shot at Lawrence School, Lovedale, Tamil Nadu.

The movie was directed by Farah Khan which became a huge hit among the fans. The movie was featured by none other than Shah Rukh Khan, Sushmita Sen, Amrita Rao and Zayed Khan. Most of the scenes were shot at St Paul’s School in Darjeeling.

One of the most hit movies given by Aamir Khan in the history of Bollywood ever. Most of the movie scenes were shot at Panchgani, New Era High School where Darsheel Safary used to stay at boarding school and how his life took a U-turn after meeting a mind-blowing art teacher and do you know Twinkle Khanna and Akshay Kumar also studied from this school.

Remember this famous and the most-funniest movie given by Aamir Khan and other actors? The famous school in Ladakh appears at the end of the movie. The school attracts many tourists and visitors to have a glimpse of the location.

Both of these films were shot at most famous school named as Forest Research Institute which is a deemed university located in Dehradun. But the film has used another name (Saint Teresa School) for security reasons.

Tags: Schools That have Gained Popularity from Movies