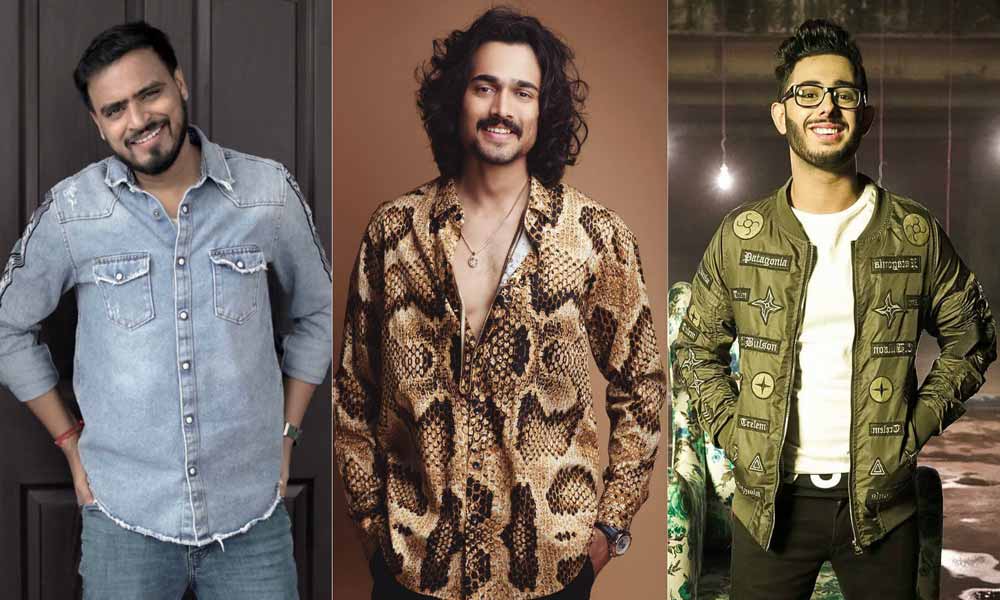 YouTube is known to be one of the most popular social media network platforms during the present time. You will find various videos belonging to different categories like education, technology, cooking, comedy, movies etc.

YouTubers, who are popularly known as YouTube celebrities make these videos and upload them on this platform to engage and educate the audience. YouTube is one of the fastest growing channels these days as compared to other social media platforms as no one nowadays like to read or write about something instead they prefer watching videos on this platform. Anyone can make use of this platform to create his own YouTube channel without spending a penny.

In this blog, we are presenting 6 Indian YouTubers who has the highest number of subscribers.

Ajey Nagar is an Indian YouTuber who became very popular in a short span of time due to his funny videos on his YouTube channel known as, CarryMinati. He used to give commentaries in his own voice in the funny viral videos posted by him on his channel to capture more audience. CarryMinati is ranked as the eight most popular Indian YouTube channel among others. It has nearly 2.9 million subscribers.

Kabita’s Kitchen is the brainchild of a top Indian YouTuber, Kabita Singh. She has taken Indian cuisine to a whole new dimension. She teaches viewers about unique cuisines and delicacies on her YouTube channel and also posts interesting tutorials on cooking. She has nearly 2.9 million subscribers in India and abroad.

Tanmay Bhatt is one of the famous Indian YouTubers who is known for his standup comedy. His YouTube channel is All India Bakchod which has nearly 3.1 million subscribers. Additionally, Tanmay Bhatt is also a writer and presenter. He is one of the youngest millionaires in India who made money through his channel.

The brainchild behind creating this YouTube channel is Gaurav Chowdhary who is considered to be one of the top Indian YouTubers. His channel has nearly 5.5 million subscribers. He is famous for creating top quality educational videos in a simple Hindi language which is easy to understand.

BB Ki Vines is also on the top India YouTubers list with nearly a 6.5 million of a subscriber base. Bhuvan Bam creates humorous and comedy based videos on his YouTube channel. To keep his audience engaged and entertained, he himself plays most of the characters in the video which he posts on his channel. Additionally, he is also a musician by profession and resides in Delhi.