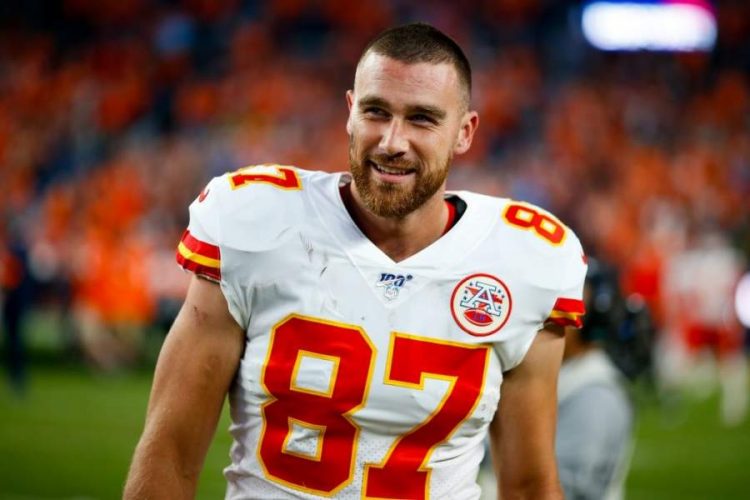 Travis Michael Kelce is a well-known American football tight end who plays for Kansas City Chiefs. In the 2013 NFL Draft, the footballer got drafted by the team. Then he won the Super Bowl LIV against the San Francisco 49ers. Formerly, he played college football at the University of Cincinnati. He is a talented player as he is a six-time Pro Bowler and three-time first-team All-Pro selection. Moreover, he has set the NFL Record of the 1,000 yards receiving by a tight end (5). Also, Kelce is the younger brother of Philadelphia Eagles centre Jason Kelce. Travis Kelce age is thirty-one.

Know all the information about Travis Kelce Biography here.

The birth date of Travis Kelce is October 5, 1989, and his birthplace is Westlake, Ohio. The names of his parents are Ed and Donna. He went to Cleveland Heights High School located in his hometown of Cleveland Heights, Ohio. He was a sports athlete in the school where he played football, basketball and baseball.

In the Rivals.com he got the consideration as a two-star recruit. Then he received a scholarship from the University of Cincinnati and accepted it. He along with his brother Jason Kelce joined the university. In 2008 he appeared in eleven games where he played as a tight end and quarterback. After getting suspended for one year because of marijuana positive test he came back to regain his position.  On 2013 he won College Football Performance Awards Tight End of the Year.

Kelce got drafted by the Kansas City Chiefs in the 63rd pick overall in 2013. The team’s head coach was Andy Reid. Kelce signed a rookie contract of $3.12 million for four years. In the 2013 season, he played only one game. On 2014 season he was able to perform his first touchdown. Eventhough he got criticized for his immature conduct in the field he became the leading receiver of the team. His stats in the games were excellent.

On 2016 Kelce became a part of E! Entertainment Television dating show called Catching Kelce. He picked the winner Maya Benberry as his date. But in 2017 they broke up. Then Travis Kelce started a relationship with social media influencer Kayla Nicole. They spilt on 2020 however resumed their relationship again.

According to many sources, she is his current girlfriend now. Travis Kelce jersey number is 87. Many people like to purchase his jersey lookalikes and flaunt it.

The net worth of Travis Kelce

Travis Kelce deal as a tight end to the Chiefs was between $14 million and $15 million annually. His salary for the year 2020 was $8 million. He is one of the best players in NFL so his earnings are large. That is why the estimated Travis Kelce net worth is $20 million.

With his fortune, he bought a building for the inner-city children from Kansas City to study STEMS programs. He has a residence at Kansas City. Travis Kelce is one of the valuable players of Chiefs. He is an inspiration to many people today.