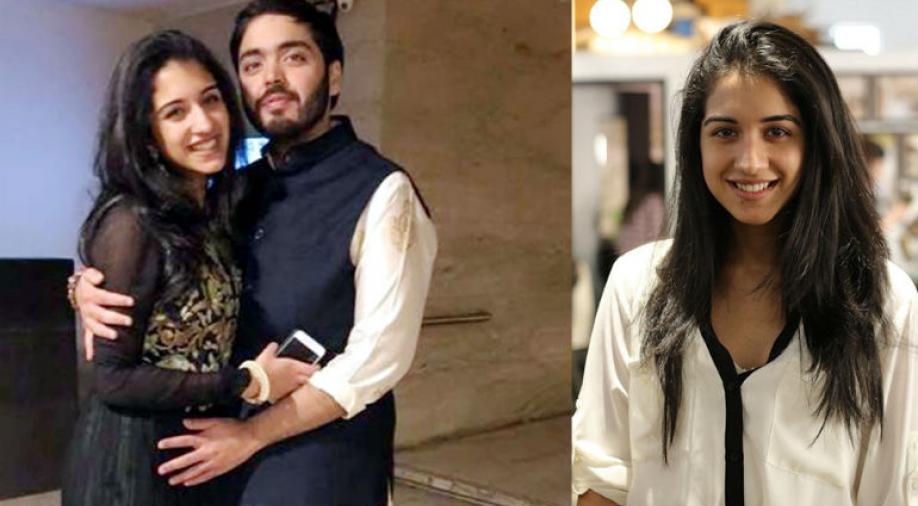 The youngest son of Nita Ambani and Mukesh Ambani, Anant Ambani is also hitched and the lady love of his life is Radhika Merchant. Anant Ambani and Radhika Merchant have been dating each other since long. Their relationship has given ways to many rumors of their being engaged or tying the knot, the rumors gained stupendous increase after the elder brother Akash Ambani got engaged and Isha Ambani tied the knot with Anand Piramal. However, the family has not confirmed any of the rumors.

Although there has been no official announcement of their engagement in subtle tones there were instances where it was confirmed the after Shloka Mehta, Radhika Merchant will enter the Ambani household as the “Chhoti Bahu”. Earlier she was seen dancing at Isha Ambani’s engagement along with Isha in the ‘Ghoomar’ song.

After Akash’s and Shloka’s engagement when the family proceeded to Siddhivinayak to seek blessings, Radhika was also spotted along with them. Apart from the above instances, the two were also seen in the picture wearing green robs and gazing lovingly in each other’s eyes.

The picture went viral on the net and their love was very much visible in the picture. The new Chhoti bahu of the Ambani household is the daughter of Viren Merchant who is CEO and Vice Chairman of Encore Healthcare.

Radhika has done her schooling from Cathedral and John Connon School, Mumbai and Ecole Mondiale World School.  She has completed her IB Diploma from BD Somani International School. Radhika is a graduate of the New York University, in Politics and Economics.

When she returned to India, she worked as a sales executive at Isprava, which is a real estate company. Apart from being well- educated she has many hobbies like trekking, swimming, and reading. She once quoted very beautifully “to go trekking or just relaxing in the calm secluded areas of any place.”

She revealed the reason of coming back to her home country after getting degrees is that she wanted to find a place where her work would matter and she could actually contribute to the organization that she would join.

In an interview, she spoke about working in the luxury space sector. Her thoughts prove that she has evolved and has deep thoughts. She commented “I had never given much thought to the concept of luxury while growing up. However, after joining Isprava, my idea of luxury has evolved.

Earlier I was put off by the mentality behind luxury because I equated it with a large logo on a handbag or a specific pattern on a piece of fabric but after joining Isprava and understanding the brand’s idea of luxury I have learned to appreciate it.

To us, luxury is the seamless process of buying a home and a hassle-free holiday experience.” Whatever it is the couple looks cute together and we wish that they tie the knot very soon.