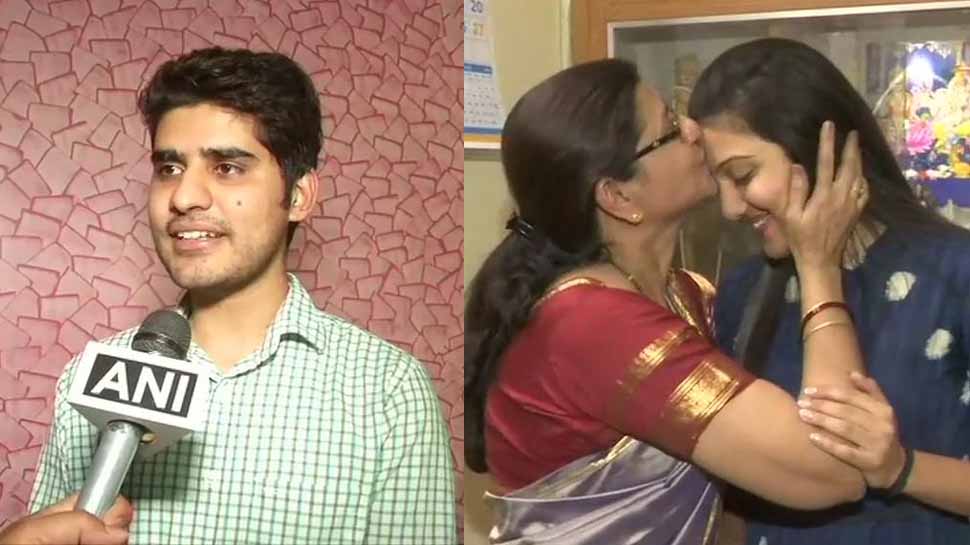 This years’ UPSC Topper, Kanishak Kataria is giving us some major relationship goals. We have seen something like this for the very first time in our life that a UPSC topper is giving his success credit to her girlfriend also besides thanking parents and sister. Seriously, it is an adorable ‘’awwww’’ moment for all the couples who are in a serious relationship and are struggling hard to make their way to UPSC as he did.

Earlier, also we have seen many of the individuals who cracked UPSC but no one gave credit to their girlfriend or sister they thanked only parents for the success achieved in the examination.

I am sure no one will ever forgive this wonderful guy who is giving such a sweet gesture to his girlfriend for cracking the civil services examination in his very first attempt.

On Friday evening, UPSC had finally announced the results for the final examination, this boy, Kanishak Kataria who hails from Rajasthan topped the list by securing the AIR-1 rank.

He is a B-Tech Graduate from most prestigious college, IIT-Bombay. Since the news broke out, he had been flooded with congratulatory messages.

Talking to news agency ANI, Kanishak said, “It’s a very surprising moment. I never expected to get the 1st rank. I thank my parents, sister and my girlfriend for the help and moral support. People will expect me to be a good administrator and that’s exactly my intention.”

Kanishak Kataria, AIR 1 in #UPSC final exam: It’s a very surprising moment. I never expected to get the 1st rank. I thank my parents, sister & my girlfriend for the help & moral support. People will expect me to be a good administrator & that’s exactly my intention. #Rajasthan pic.twitter.com/IBwhW8TJUs

On the other hand, Akshat Jain who also hails from Rajasthan has secured AIR-2 rank in UPSC examination. He gave his credit to God, family, and friends for his achievement.

He told ANI, “I want to give credit for this achievement to God, my family & my friends, for always supporting me. I had to study a lot, but it doesn’t mean that I was working like a machine. I used to take breaks & go out with my friends.”

Not only these boys have made all of us proud, but Srushti Jayant Deshmukh has also made her way to UPSC leaving all women behind.

She got 5th rank in the UPSC 2019. She is a BE in Chemical Engineering from Bhopal’s Rajiv Gandhi Proudyogiki Vishwavidyalaya. She gave her success credit to parents, family, friends, and teachers who supported her in clearing UPSC exams.

In an interview with ANI, She said, “UPSC exam is a long journey where you are committed for 1-1.5 years. My parents, family, friends & teachers supported me, so the credit goes to them. I had decided that my first attempt is my last attempt & I was determined to clear it in one attempt.”

Madhya Pradesh: Family of Srushti Jayant Deshmukh, all India rank 5 and topper among women candidates in #UPSC final exam, celebrate at their residence in Bhopal. This was her first attempt at taking the exam. She says, “It was my childhood dream.” pic.twitter.com/z6iKGTsGF0

This year, 759 candidates, (577 men and 182 women) have cleared the examination and are recommended by the Commission for appointment to various UPSC services like IAS, IPS, IFS, etc according to the latest statement released by the UPSC this Friday.

Even netizens are also loving this cute and adorable moment, they are commenting and praising Kanishak on giving a sweet gesture to his girlfriend which proves to be a lesson to all the desi family who keeps blaming their children for not studying and saying things like “ beta padhne me dhyan lagao”. Kudos to all the UPSC toppers!