US Blogger Thinks Indians are Too Poor to Afford iPhone, Just because She Loses Her iPhone X on The Streets of Jaipur 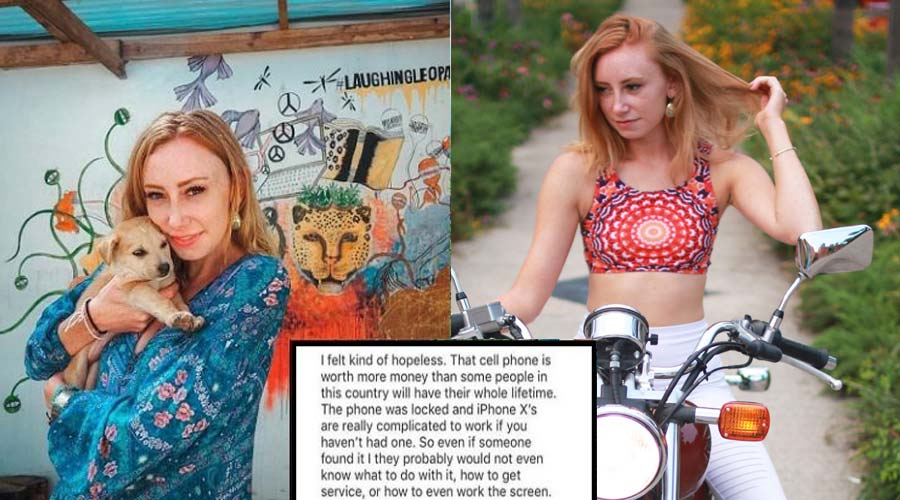 No matter what and how much we develop still the western countries see us as the land of poor, deprived and weak. In spite of our rich cultural heritage and constant development in all fields, there are still views that consider Indians as the economically backward class. People from far off countries love to visit India and have termed it as the best getaway.

However one American travel blogger and yoga instructor, Colleen Grady lost her iPhone in the streets of Jaipur following which she termed the country as poor and unable to by iPhone. This stirred and anger in the masses and she was trolled for the comment. iPhone is definitely a status symbol phone but India is one of the biggest markets for this brand phones or other products. 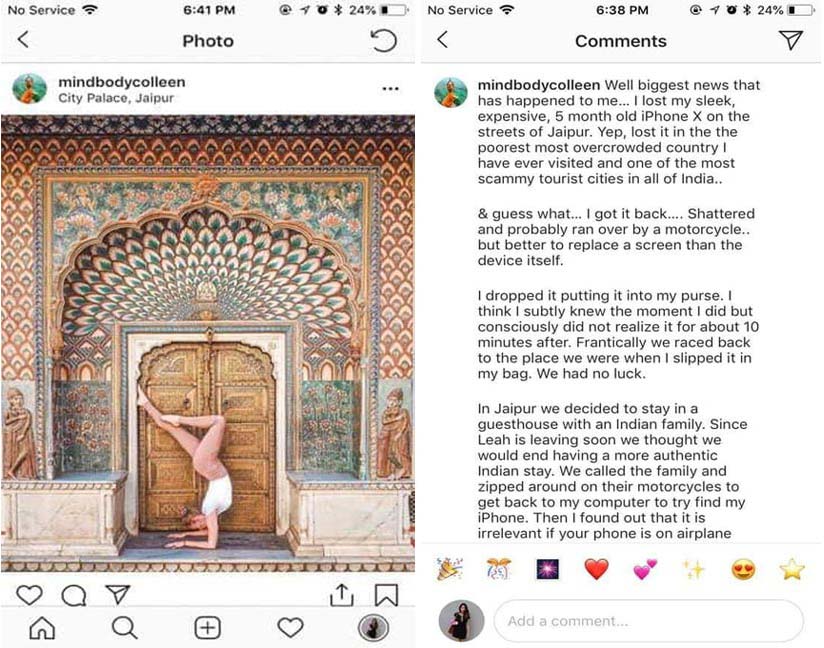 However, after the anger faced by masses, Colleen did apologize for the same and confirmed that it was a misinterpretation of her words and that she is deeply in love with India and has thoroughly enjoyed her stay here. 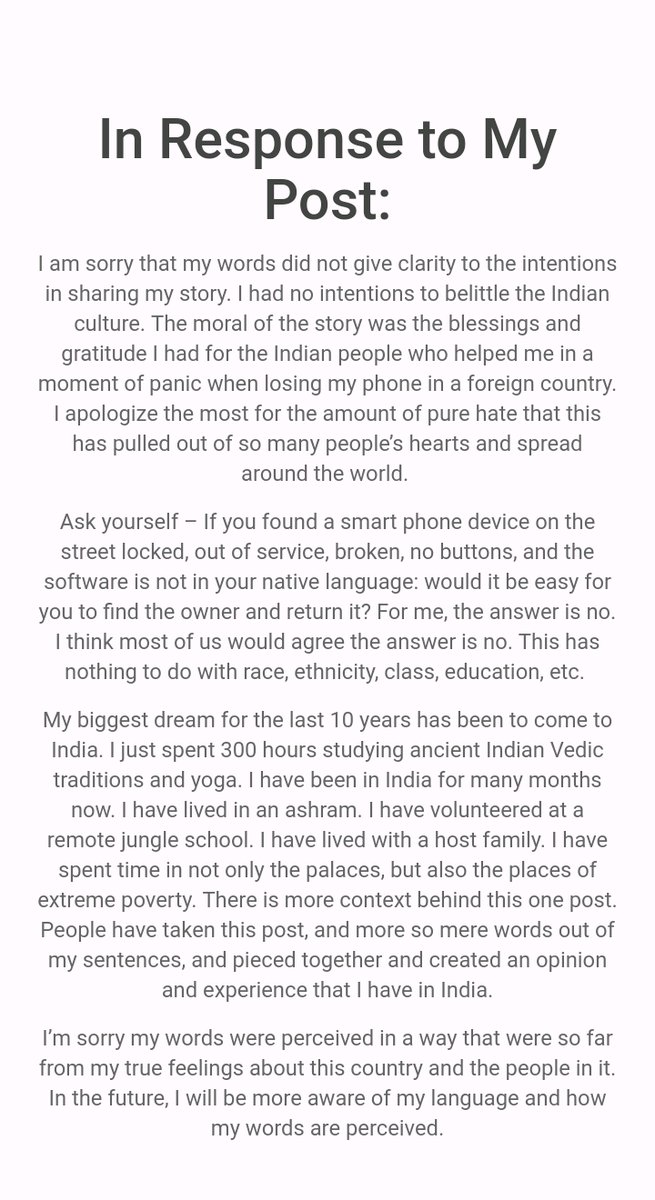 Thanks for sharing your experience. No country is perfect, including India. It is country of extremes. As you wrote one has to slowly grasp it. Hope she sees what you see.

PS:The fonts in grey with white BG makes a difficult reading of the blog on mobile. #MindBodyColleen https://t.co/3paYD0OYLL

My family works for Apple and related product development. So does so many of them in Sillicon Valley. You earn a living out of psychosomatic practices developed in ancient India. It was really rude way to articulate your experience. #MindBodycolleen pic.twitter.com/ghbNywbnH8

U came to a poor country to learn about mental bliss and yogic sciences u could have bought it from a iPhone store along with iPhone x. why ur money can’t buy it huh, who gave u the certificate of instructor pal ur brain is not even as stable as a fifth grade kid #mindbodycolleen

I’m pretty sure a significant percentage of people working in Silicon Valley developing magic western tech like the iPhone X come from the “poor, overcrowded, scammy” country, which btw is my home. And oh I’m tweeting from an iPhone. pic.twitter.com/UskfM766ym

#MindBodycolleen before you call India poor, I’d like to show a fact… you may have heard that Americas top singer, if it’s not no1 singer, had come to India to dance and sing for few MILLIONS of dollars in one of the wedding, the wedding also held in Jaipur India…

Really #MindBodycolleen such a stupid girl and now giving ruthless clarification on her shit comments …These type of arrogant people’s call themselves rich and rate us poor, yes we are but not that much that we cannot afford Just we don’t buy beacuse we don’t want it.