Vanessa Hudgens Biography and Truth About Her Private Photo Leak 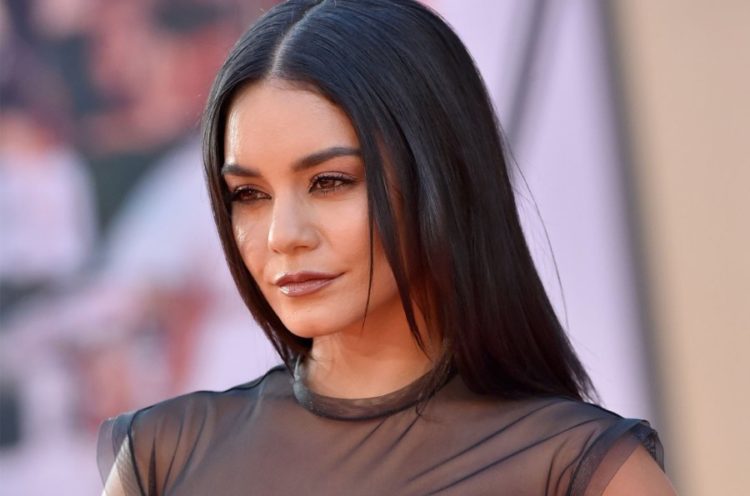 Vanessa Hudgens is a popular actress who rose to fame for her acting in Disney’s High School Musical as Gabriella Montez. She has released two albums and also appeared on Broadway. As an actress, she acted in many films and TV shows. But still, people cannot forget her as a Disney Star. She is producing many films too. Now she is thirty-two years old. In August 2009 some topless images of Vanessa Hudgens were released on the internet.

Again in 2011, her nude images leaked. This caused lots of problems in Hudgens’ career and her personal life. Here you can find all the details of Vanessa Hudgens life and career.

Vanessa Hudgens is from Salinas, California. She grew up on the West Coast. Her mother is Gina who worked in many office jobs to support the family. Hudgens’ father Gregory Hudgens is a firefighter. Also, she has a younger sister named Stella. She is also an actress. She comes of French, Irish, and Native American descent from her father’s side and Filipina native from her mother’s side. Her family is musical as her grandparents were musicians.

Vanessa Hudgens is a brunette. Her height is 5 feet and 1 inch and her weight is 50 kg. Her outfits in the red carpet events have made it in the best-dressed list several times. Also, she is a fashion icon and has created lots of beauty trends. She keeps her body slim and fit. That is why she is popular on Instagram and other social media pages.

From 1998 Hudgens was part of musical theatre. She appeared in the productions such as Carousel, The Wizard of Oz, The Music Man, and more. Then she started to audition for commercials and series. She started her career when she was fifteen and also went to Orange County High School of the Arts to study acting.

Hudgens got her first acting in the sitcom Still Standing. In 2006 she attained popularity when she starred as Gabriella Montez in the Disney’s High School Musical. In the film, she acted as a new girl in a high school who falls in love with the captain of a basketball team.

Her onscreen love in the film was Zac Effron and Ashley Tisdale played the role of her rival. The film received a lot of fame and spanned tw0 sequels that also became famous.

After her stint in High School Musical, it was difficult for Hudgens to break away from her Disney star image. But she received lots of roles in mainstream films. She acted as a supporting actor in the musical comedy Bandslam in 2009. Hudgens also acted as Blondie in the film Sucker Punch directed by Zack Snyder. In 2012 she portrayed a role in Journey 2: The Mysterious Island.

In 2018 she acted in the film Dog Days and then in the same year starred in Netflix Princess Switch. Further, in 2020 she acted in Bad Boys for Life. In the future, she is going to act in Tick, Tick… Boom! a Netflix adaptation of a musical.

You May Also read: Who is The Wife of Lakers Star Anthony Davis?

From 2005 to 2010, Vanessa Hudgens was in a publicized relationship with Zac Efron. They were a popular couple at that time. But this relationship ended and she started to date actor Austin Butler. She dated him from 2011 to 2020. But after many years of dating, they broke up. In 2021 Hudgens shared through Instagram that she is dating Pittsburgh Pirates shortstop Cole Tucker.

Brand promotions, Earnings, and Net Worth

Vanessa Hudgens started to earn money from a very young age. In 2006 her earnings were $2 million. She also promotes the brand Neutrogena. Also, she is the face of many popular brands. Her net worth is $16 million. In the future, her net worth will increase because she has many upcoming projects.

The actress purchased a home from Gary Oldman located in Los Feliz, Los Angeles. The value of this lavish property is $3.9M. It is a Mediterranean-style mansion with six bedrooms and bathrooms. There are plenty of trees and plants surrounding the property. Further, she owns lots of cars as well such as Mercedes Benz E-350, Audi S5 convertible, Audi S7, Tesla Model S, and Lamborghini Huracán Spyder. Therefore Vanessa Hudgens is living the high life.

Hudgens has got stuck in lots of controversies in her career. In 2007 some photos were stolen from the actress and leaked online. Some of the photos were nude. This created a flutter in social media. Only a message from her publicist came and it was revealed that Hudgens’ private photos were leaked without her permission.

The actress publicly apologized and shared the embarrassment that she felt because of the situation. Because of this controversy, a rumour spread that Vanessa Hudgens will be dropped from the High School Musical 3. But Disney put an end to the rumors and stated that Hudgens has apologized for the matter and assured that she will be careful in the future.

But in 2009 another set of nude photos of Hudgens leaked online. She sued a website that posted her private photos. This also impacted her career because many people asked her to do nude scenes in films. Then again her nude images were leaked on the internet in 2011.

Vanessa Hudgens is a great beauty. She is a talented actress. From a Disney star, she has now become a popular actress. Also, she has lots of fans who follow her style.

You may also read: Hilary Duff Bio, Family, Husband, Net Worth and All Details