VG Siddhartha, The ‘Man Behind Cafe Coffee Day’ Who Put His Life To Death 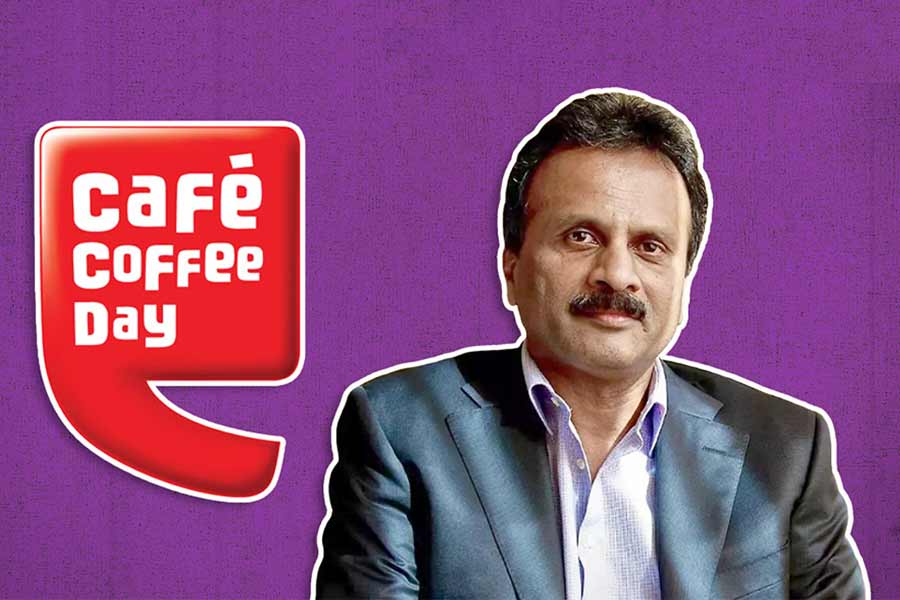 You must be familiar that entrepreneur VG Siddhartha who is best known as the ‘King of Coffee’ among everyone has put his life to an end. Yes! this is utterly shocking that the man behind coffee is no more between us. He had committed suicide and his dead body has been found on the banks of Netravati River in Dakshin Kanna district of Karnataka after two days after he went missing.

We can’t express our grief in words that how the man has impacted the lives of millions of people by introducing the coffee in a beautiful way which has helped us to make the bonds of relationship between our friends or closed ones stronger that we can never forget. Curious to know more about him? Let us take you through the journey of his life from the very beginning.

Read on to know more about VG Siddhartha, the chairman of our very favourite coffee chain ‘Café Coffee Day’.

Siddhartha comes from a family that has an impeccable history of growing coffee. Though he had a very strong family business of growing and selling coffee, still he doesn’t want to enter this industry as he aspired to be an investment banker at a reputed firm in Mumbai.  With the passion to become an investment banker, he completed his Master’s degree in Economics from Mangalore University. And, in the year 1994, he launched his investment firm by the name ‘Sivan Securities’.

You can also read: 7 Important Lessons To Learn After Getting Failure in Your Life

The launch of CCD

He gave birth to CCD in August 1996. It was when he opened his first CCD outlet in Bengaluru’s most visited shopping street, Bridge road. And, we better know about the brand new and how well it has done. Besides maintain its strong presence in Indi, it has also expanded in countries like Austria, Czech Republic, and Malaysia, with more than 1,750 stores across India and 60,000 plus vending machines.

Besides running the coffee business, he had other businesses too

The CCD owner has other businesses too besides coffee selling and plantation like logistics, technology parks, financial services and investments in technology and software companies.

You can also read: Heart Touching Story of This 5 Years Old Caretaker of Her Grandma and Great Grandma

Life to an end

Since Monday when he went missing, people were blind guessing about him and his whereabouts. Finally, the police had found him after performing extensive research for more than 36 hours. Even he wrote a heartbreaking letter explaining the reason for his sudden breakdown.

The reason he mentioned there in the letter was his incapability of creating a profitable business model for CCD despite putting many efforts. After listening to the news of his demise, people have started condoling the tragedy and have shared their favourite memories which they have made over coffee.

Many of them even tweeted on the Twitter platform also regarding their sweetest memories, where everyone has appraised CCD and its mind-blowing outlets that have made people enjoy a lot.

Women spoke about how CCD washrooms have helped so much to them while travelling on long routes:

Yes, Mr #VGSiddhartha created a chain of coffee shops where people bonded and forged relationships. But what I’ll remember most with gratitude, as will many other women, is that a #CCD on the highways meant decent restrooms, a rarity till then.

A mother was fascinated once by the kind act of CCD workers when he wanted milk for his son:

Among many memorable @CafeCoffeeDay
experiences
– this one touched me.
2010, I was traveling with my toddler son. Had forgotten to carry milk. I asked CCD to fill a bottle for me, charge me for 2 coffees. They refused to bill it. RIP #VGSiddhartha, your brand will live long. pic.twitter.com/eAalRNoYkO

He should have realized there is more to life than these failures. His family. His ability to build something like #Cafecoffeeday How many of us could even do that? He was doing bad but temporarily. #VGSiddhartha You had it in you, sir. I hope you are fine. Blessings.

So, this was Siddhartha’s inspiring story and how he ended up his life on a sad note leaving all the coffee lovers in tears behind.