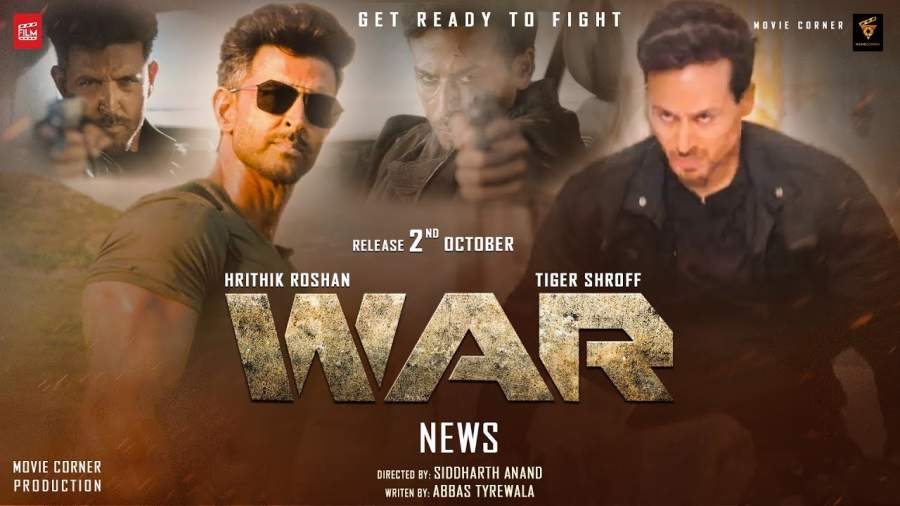 Have you seen Tiger shroff’s Baaghi 2? The actor has done a flawless role in the movie. Tiger Shroff is known to be one of the finest actors in the whole Bollywood. He is best at doing the action scenes and we very well know that, just like her father Jackie Shroff. You would soon be watching Tiger opposite Hrithik Roshan in his forthcoming movie ‘War’ opposite Hrithik Roshan and Vaani Kapoor, who is no less than anyone. It seems that they both will be giving tough competition to each other for which the audience is eagerly waiting for.

It has also been revealed that Tiger Shroff is one of the huge fans of ‘Super 30’ actor, Hrithik Roshan who inspire working with such a talented actor like him. In the movie, war Actor Tiger Shroff will be seen holding one of the most powerful machine guns known as the Gatling.

Commenting on one of the powerful scenes of the movie, director Siddharth Anand said, “We have got one of the world’s most powerful machine gun, Gatling for shooting one action sequence of the movie featuring Tiger. He talked about how bravely he tears down the city with this insanely powerful military weapon which is extremely a good watch for everyone”.

Talking further, Gatling is one of the best-known rapid-fire spring-loaded guns which is especially used by the military forces in the US. The gun is extremely powerful as it can fire around 2,000 rounds of bullets in a minute. This is for the first time ever, such a powerful machine like Gatling would be used in Bollywood by our action hero ‘Tiger Shroff’.

The director further said, we have kept one thing in our mind consistently while making War and that is what will make this film the biggest action-entertainer that India has ever come across. All the action genre lovers would be going to love this movie as special efforts have been made to ensure that the entertainment of the audience over the top.

In the movie, ‘War’ Tiger Shroff would be seen performing against Hrithik Roshan which I think would be worth watching.  The director of the movie said that he wanted the audience to experience something which they have never seen before and now they will get to see exactly what I want.

What we can say further, we could only wait for the movie to get on the screen.

It is predicted that the movie is going to be a super hit as the movie has two extremely and super talented heroes of our Bollywood who never disappointed us with their performances which they have given before.

The movie has been produced by Yash Raj Films and is set to release in multiple languages including Hindi, Tamil, and Telugu on October 2, 2019. So, guys hold your breath for some time and wait for the movie.