What Is Diesel Fuel Injection? 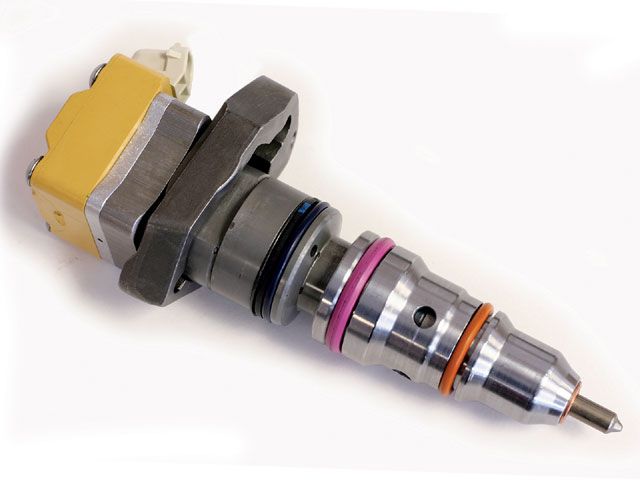 A diesel engine differs from a gas engine in the injection process. In most cars, the engines rely on a carburetor. In such a system, the port injection transfers fuel before the intake stroke. It then mixes the fuel with air before it enters the cylinder. Therefore, all the fuel is loaded into the cylinder during the stroke.

It is then compressed from there during which process the air to fuel ratio is limited. Too much compression causes knocking – a spontaneous engine ignition. In this article, you will find the basic information about the diesel fuel injection.

The diesel engine, on the other hand, uses a direct fuel injection. There, the fuel is transferred directly into the cylinder. This process sits at the center of what a diesel engine is. By definition, any internal-combustion engine where the air is compressed to a high temperature so that it can ignite diesel and where expansion and combustion actuate a piston is a diesel engine.

In the cylinder, the chemical energy within the fuel is converted to mechanical energy that powers locomotives, marine vessels, and large tractors. In a diesel engine, the injector forms the most complicated component.

It needs to be able to withstand pressure and temperatures inside the cylinder while at the same time delivering the fuel as a fine mist. It is also responsible for circulating the mist and ensuring even distribution. In some cases, the engine may have a glow plug that helps to ignite the fuel when the engine is cold.

How To Control Engine?

To control all the functions of the engine, the Engine Control Module communicates with sensors to measure everything from the engine coolant to the rotations per minute. The engine control module senses the room air temperature and influences the timing of the engine.

It is the smaller engine without computer control that needs the glow plug. Regardless of size, all diesel engines will rely on fuel injection.

What is a diesel fuel injection and what does it do?

The most notable diesel engine advances resulted from creating different designs for fuel injection systems. This is because the system design heavily influences the performance of the engine. The main purpose of fuel injection diesel is to deliver the fuel to the cylinder. How this happens determines not just the performance of the engine but also the noise characteristics and the emissions.

Diesel fuel injection systems deliver fuel under high pressure. Engines that have been manufactured with great precision have a tight tolerance for high temperatures and pressure while still remaining efficient. In order for the fuel injection system to work efficiently, the fuel needs to be injected at the proper time and in the correct amounts. No wonder injection needs metering.

It is not enough that the fuel injection diesel is delivered at the right time and in the proper amounts. To achieve good combustion, there is more to the process. For instance, the fuel needs to be atomized. The process of fuel atomization makes sure that the fuel is in very small particles. Small droplets make sure that all the fuel vaporizes. Any liquid that remains is exhausted out of the engine.

After atomization, diesel fuel injection undergoes bulk mixing where air trapped into the cylinder is mixed with the fuel. The idea is to make sure that there is complete combustion. The final condition to ensure that fuel injection is effective is air utilization whereby jets are provided to entrain the bulk of the available air.

The most outstanding feature of the engine has to be its efficiency. By compressing air, as opposed to a mixture of air and fuel, the engine eliminates problems with pre-ignition. It also achieves high ratios of compression which is commensurate with high efficiency per cycle.

No wonder the engine has found so many applications across industries. If you would like to learn more about diesel fuel injection, contact your local diesel parts dealer.