What to Watch in The U.S. Sports Betting and iGaming Industry in 2022 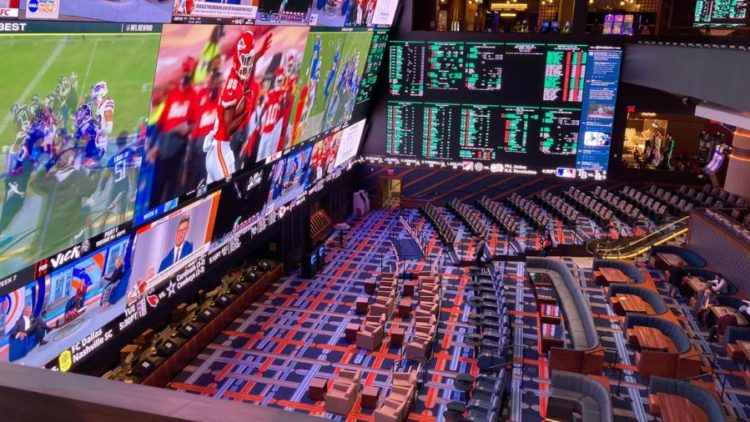 Since the legalization of sports wagering in 2018, when the Supreme Court overturned the Professional and Amateur Sports Protection Act, states have been allowed to launch sports betting programs – in person and online. And the market is growing rapidly. In 2021, the market grew from 19 states to 29 states and Washington D.C.

Experts expect that 2022 will be another boom year for the industry, with many populous states working towards legalization. BetMGM, a leading sportsbook operator, raised its 2022 revenue forecast to more than $1.3 billion from $1 billion earlier in January, acknowledging the growth potential in the sports betting and iGaming industry in 2022.

Prior to New York’s launch, its neighbor New Jersey had the highest daily dollar average spent on bets. Now that New Yorkers no longer have to cross the Hudson River to gamble online, expert expect that the Empire state will claim that record in 2022. Because of New York’s 51% tax rate on mobile sports betting operators’ revenues, the state has already pulled in $24.6 million from the launch and will continue to see that grow through the year.

Louisiana also launched its online sports betting in January 2022. After beginning retail sports betting at the end of October 2021, a handful of apps are now ready to take bets from bettors in 54 of Louisiana’s 60 parishes. Most of the big-name sportsbooks are open to bettors in Louisiana, including DraftKings, FanDuel, BetMGM, Caesars, and BetRivers.

The state expects to launch up to 41 total apps, as well as a third sports betting option later in the year. In March, the state plans to roll out licenses for retail kiosks in bars and restaurants. With these different methods for sports betting, the legislative fiscal office estimated that the state will generate $30 million in 2022 from new tax revenue. Up to $20 million of that tax revenue will go to early childhood education.

States with Anticipated Launches in 2022

Nebraska, Maryland, Ohio, and Wisconsin are all anticipated to launch legal sports betting in 2022.

Nebraska approved sports betting at racinos in 2021, but the state is still working through regulations. A bill (LB 876) introduced by Senator Tom Briese would require a 50-mile radius between newly proposed racinos and established racinos. At least five new racetracks with casinos have been proposed so far, and there are more proposals likely to come. The hope is that the launch of retail sports betting will happen by mid-2022. Further legislative action would need to be taken in order to launch mobile sports betting in the state.

While legal sports betting signed into law in April 2021, residents of Maryland are still waiting on online betting to go live. The anticipated timeline is before the end of the year in 2022. Anyone hoping to place a bet before then will have to go to a retail location to do so. As of September 2021, 17 retail locations have been named within the Sports Wagering Law.

So far, five locations have launched under the Class B license with unique sportsbook options. There are also 60 mobile licenses available for when mobile sports betting launches in the state later this year.

Ohio is the state with the most movement at the moment and is functioning as a real-time example of how states work through the details of launching sports betting. Since Gov. Mike DeWine signed the bill in January 2022, in-person and mobile betting is legal. While it’s expected to be several months before the Ohio Casino Control Commission (OCCC) will be later in 2022.

The OCCC is in the process of writing the rules that will govern licenses and sports wagering activity in the state. The commission released its third batch of rules for public review and commentary. The review and comment period is open from January 31 to February 11 at 5:00 PM central time.

Unlike its neighboring states, Ohio retail sports betting can be offered in some non-casino brick and mortar locations. This will include bars and sports venues. A ten percent tax has been placed on net revenues from these locations. The state expects to see millions of dollars in revenue after full operation and plans to allocate 98% of the amount to K-12 education.

Legalization in California could bring $3 billion when in-person and online betting are available. This would mean up to $500 million in tax revenue for the state. Currently, the state has received enough signatures to include a measure on the ballot in November 2022, which could set the state on the course for a 2023 launch. Additionally, a coalition of Native American tribes have already qualified for a referendum that would allow retail sportsbooks at tribal casinos and racetracks.

State leaders, including Oakland’s Libby Schaaf, hope a portion of the estimated tax revenue will be earmarked for programs aiding homelessness and mental health. Experts say the funding would help create long-term programs without worrying about seeking grants or hoping for a budget surplus.

Several Native American tribes also have a competing measure that would raise money for the same causes. And a third ballot measure would allow California’s cardrooms to be involved in sports betting and online wagering. Tax revenue from the cardrooms would go to addressing education, homelessness, affordable housing, and mental health.