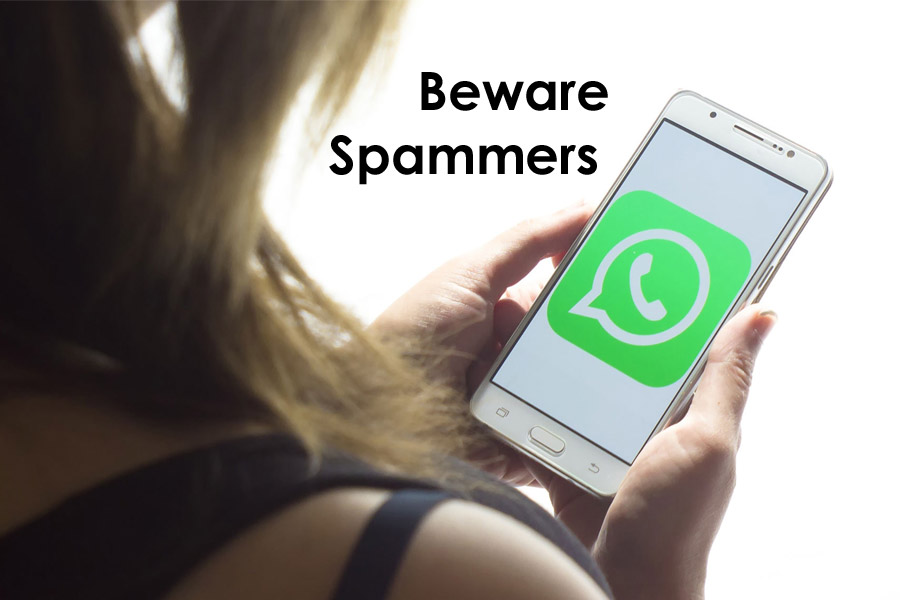 There is not a single person on the Earth who is not irritated with spam emails and messages. Whenever we open our mailbox, there are one or two spam emails laying the spam section every day. Or, there are texts every now and then that tells you to lose weight in three days and what not. Even on social chat groups, via Whatsapp, spammers send too many messages to irritate you enough. But what do we do other than just ignoring them? – Well, say no more. Our cry has been heard.

Whatsapp has given us one of the best news of all time. In the future, your spammer could land into jail or suffer a huge penalty for bugging with stupid messages. Don’t believe us?

Scroll down and read the full story below:

According to source, Whatsapp is going to take legal action against users who bug with too many messages. They are bringing a policy that would stop users or spammers who flood inboxes with a huge number of messages to anyone. According to Whatsapp such people do not use the service rather miss use it by sending too many messages or bulk automated messages. It is an abuse of free messaging app and a very annoying thing to do to any particular person.

The spoke person of the company said:

The company clarified that Whatsapp is a free messaging app that allows users to send private messages and stay connected. Its Whatsapp Business app is for companies that are dedicated to their customer and send them informative updates. The chatting app giant would not tolerate any kind of miss use of their service by spammers and to put an end to it legal action will be taken.

On WhatsApp official page the information was put up that the company is “committed to reinforcing the private nature of our platform and keeping users safe from abuse” it further says “Beginning on December 7, 2019. WhatsApp will take legal action against those we determine are engaged in or assisting others in the abuse that violates our terms of service, such as automated or bulk messaging.”

The information on the page also said that the efforts will be done especially during the elections where supporters of particular parties “may attempt to send messages at scale.”

This is sure a good news for all of us who are fed up with promotional automated messages, but a bad one who think WhatsApp is some kind of a platform to attract traffic to their own petty business. So if you are one of the spammers, be alarmed as Whatsapp has stated that proper “legal action” would be taken against anyone who would abuse the free service and go against the messaging app’s policy.

Whatsapp is a private messaging App and we all should just respect this fact.

Will Royal Caribbean Raise Onboard Prices as Carnival?

Best Ways To Predict Risk and Rise of Cryptocurrencies