Who is Sssniperwolf Boyfriend: Inside YouTuber Relationship Status? 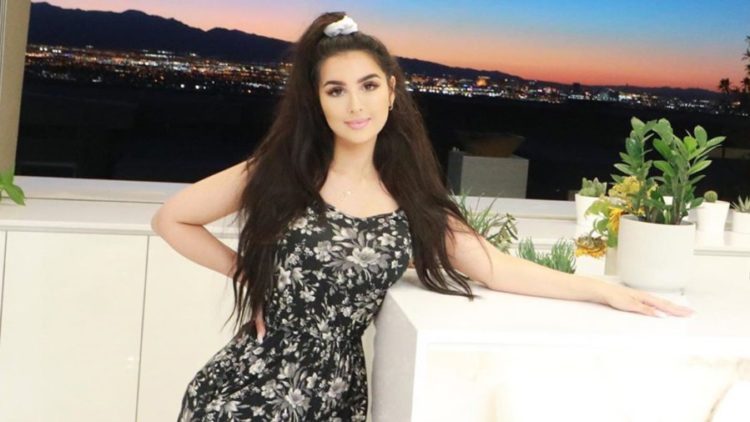 Alia Marie “Lia” Shelesh also known as SSSniperwolf is a British American Youtuber. She is one of the popular social media influencers. She plays Call of Duty and other famous games and posts them on your Youtube channel. Now she is twenty-eight years old.

Do you want to know who sssniperwolf boyfriend is? Is she committed or single? Find out the answers to these questions here. As many popular female YouTubers have boyfriends people like to know if she is dating anyone or not. Even Though SSSniperwolf is infamous for her controversies such as adult movies, nudity, PUBG, and more, many are interested to know about her. Find out all the details about SSSniperwolf here.

Alia Marie “Lia” Shelesh was born on 22 October 1992. Her birthplace is Liverpool, England, United Kingdom. Also, she is from a well-settled family. Alia Marie completed her schooling in the UK. When she was six years old she started to play games. This allowed her to become proficient at games.

Further her father’s name is Mr. Shelesh. He is a businessman. Also, her mother is a housewife.

Also read: Who is Bad Bunny Dating? His Relationships with Gabriela Berlingeri

Alia Marie aka SSSniperwolf has a great Youtube career. She particularly plays the Call of Duty game. Also, she is a fan of anime characters. She puts on Cosplays of the characters. Now she has over 6 million subscribers on Youtube. Along with Youtuber Tom Cassell, she is an expert at playing games. The tough challenges in the game are easy for her.

The boyfriend of Sssniperwolf

SSSniperwolf maintains an on-and-off relationship with Evan Sausage. He is from the US. Also, he is a Youtuber and a vlogger like SSSniperwolf. He has over 394,000 subscribers on his Youtube channel. He posts videos of gaming and weight loss.

Some of the popular games he plays are Call of Duty, Grand Theft, Metal Gear Solid, and more.

The first meeting of Sssniperwolf and Evan Sausage

Sssniperwolf has shared details about her first meeting with her boyfriend. She posted a video on November 2, 2015, about it. They met in 2013 and at that time Sssniperwolf was not famous. She posted a video about the Metal Gear Rising walkthrough. Then this video received lots of views and she became a Youtube sensation. She got a message from Evan Sausage that made her laugh. They started to talk and share pictures. Also, they will talk for eight hours straight. So they came to know everything about each other.  Then finally they fixed a time to meet in person.

Before meeting each other there were not any serious relationships. Therefore they were hesitant to date. During the first meeting, Evan wanted to run. At the beginning of their relationship, they also faced many problems. Mostly the problems came because of Lisa’s anger issues. But they handled each other very well and it made their relationship blossom. They even planned to buy a house together.

But many of their fans are still doubtful whether they are together currently or not. Some believe that they have broken up again. Others are saying that they are in a relationship. But there is no clarity on this news.

Sssniperwolf and her boyfriend like to publicize all the stages of their relationship. One time they even posted about their temporary breakup. Then again they got back together and posted a video about it. Sometimes they fight with each other and it became very serious that police got involved. The authorities arrested them both and gave them a warning. Also in 2013 the couple even got arrested for armed robbery.

Earnings and Net Worth of Sssniperwolf

Sssniperwolf is well known for her variety of contents. Because of her amazing content, she has many followers on Youtube. With her Youtube career, she can make 171K to 2 million dollars. The more views she gets the more money she can earn.

But in her recent Youtube videos, she did not embed any ads. But she can make money through her Youtube popularity alone. Further, she has a 2.9 million dollar house in Los Angeles Nevada.

As a famous Youtube sensation, she has collaborated with Anastasia Beverly Hills. They are one of the popular makeup brands. Although she is not ranked amongst the well-known YouTubers, she is still a popular star.

SSSniperwolf has created lots of entertaining content for her fans. That is why she is still at the top. Also, she is creative and talented. She knows how to play games without any difficulties.

You may also read: How Much Money Do YouTubers Make?