Do You Know Why Keralites Women Prefer Wearing White And Gold Saree? 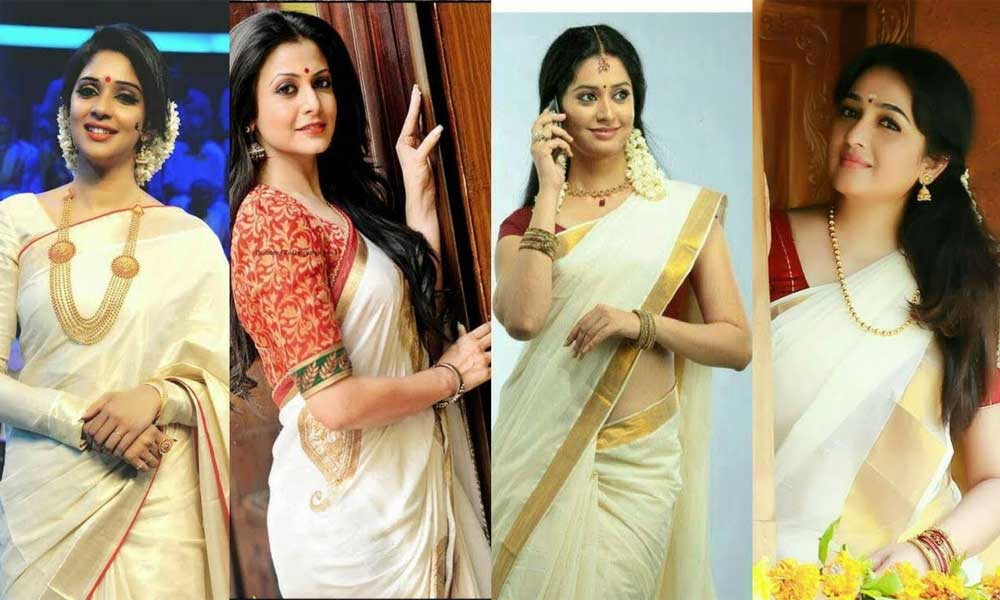 What comes into your mind when you think of Kerala? Maybe those green coconuts all over, its natural scenic beauty and not to forget, its textile tradition which you will not find anywhere else in India. The city of Kerala is popularly known as ‘God’s own country’.

But have you ever wondered Keralites women prefer wearing only white and gold border Saree on each and every occasion, especially on their favourite festival ‘Onam’?

We will take you through that in this article, by telling you the main reasons why they prefer wearing only white and gold combination Saree and not any other colour.

Why Do Kerala Women Prefer Wearing White and Gold Saree?

You will be amused to know that almost every Malayali woman possesses at least one elegant Kerala saree in her wardrobe.

In fact, its origin can be traced back to ancient times where Kerala women used to wear a two-piece cloth named as ‘settu mundu’ which is also popularly known as ‘mundum neriyathum’ with natural body colour and breathtaking border shades which exactly looks similar to a normal saree.

The Mundum Neriyathum was extremely popular among women during the Buddhist era. The design of the Kerala kasavu was inspired by the Greco-Roman attire known as ‘Palmyrene’ which is basically a costume worn mainly at that time and featured a long piece of unstitched cloth along with a coloured border.

The Palmyrene used to remain fixed at the left shoulder after being nicely wrapped around the woman’s body and the coloured borders of these Palmyrene known as palla might be the inspiration behind the present Kerala kasavu’s border known as pallu.

There are several reasons why Keralites women prefer wearing only white and gold combination saree on any occasion.

1. They are most preferred due to their unique and subtle colour combination that helps complete your elegant look.

2. It is the practical choice among most of the women in Kerala due to the scorching climate of the city, wearing the cotton white saree will make you feel relaxed and comfortable too especially during summers.

3. The mix of white and gold colour is considered to be highly auspicious all over the south. It is mainly worn at the time of New Year celebrations in Kerala which is known as Onam. The festival of Onam is celebrated during the month of August or September according to the Malayalam calendar. Onam is celebrated to commemorate the return of the great demon King Mahabali as well as Lord Vishnu’s Vamana Avatar.

A post shared by Madhangi Designer Studio (@madhangidesignerstudio) on Aug 24, 2018 at 11:46pm PDT

4. Most suitable for each and every occasion or festival celebrations beside Onam due to their classic appeal and elegant appearance.