Why The Sunrisers Hyderabad will Win The IPL 2020? 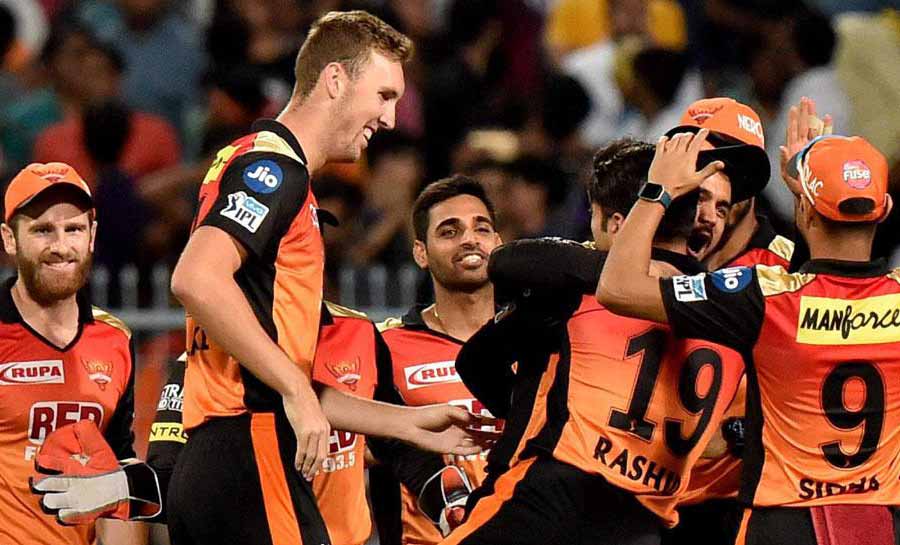 Sunrisers Hyderabad has a long history of being the strongest contenders to the crown, managing to snatch it once in 2016. Yet, the team has seen great fluctuations in its performance over the years. In the 12th season of the Indian Premier League, they managed to reach the play-offs with what might be only called a ‘stroke of luck’. Yet, SRH can never be underestimated in the tournament. If they play their cards right, the sun might very well arise for the Sunrisers Hyderabad team.

With a strong team having well-known players like David Warner, Rashid Khan, Yusuf Pathan, Bhuvneshwar Kumar, and others, Sunrisers Hyderabad is definitely amongst the prominent cricket teams to win the IPL2020. To my observation and knowledge, Here are the three major reasons why SRH can emerge as the kings of IPL 13:

1. SRH Has the Best Explosive Opener

Things that start well tend to end well. Few sports embody that wisdom better than cricket. It is especially true in T20 Cricket, where an explosive start can take you a long way in the 20-over long format. Fortunately, David Warner is precisely the guy for this purpose. The fantastic batsman has a reputation of going off the charts once he sets his foot.

Thrice the winner of the coveted Orange Cap, Warner had a stupendous season in IPL 12. He knocked 692 runs in 12 matches, getting 1 century and 8 half-centuries along the way.

The dependable firecracker will get a reliable partnership with fellow opener Jonny Bairstow, who made 445 runs in 10 matches. Bairstow is also the wicketkeeper in the team, offering great value to his inclusion. Kane Williamson will be the perfect one-down batsman for reinforcements, should any of the openers falter.

2. SRH Has the Best Bowler for Lethal Bowling Attack

Once upon a time, SRH was considered the Bowling Specialists of IPL. This title kept diminishing over the seasons, with the final nail driven in the last season of IPL2019. However, the talent is still there in the SRH squad, they just need to use them wisely. Rashid Khan, currently the top global ranked T20 bowler, would obviously be a favourite in the draw.

In the 12th season of IPL, Khan got an excellent economy rate of 6.28 while managing 17 wickets. Khaleel Ahmed is also a great pick, as he managed to pick 19 wickets in just 9 matches. Bhuvanesher Kumar is an obvious choice, given his consistent performance, vast experience, and the general help pacers get at the Hyderabad ground.

If need be, Sandeep Sharma can be the third pacer in the team, despite him giving away quite a few runs the last season. The team would be better off dropping Basil Thampi, who gave away 110 runs in 3 matches without managing a single wicket.

Also read: Have A Look At Some of The Best IPL Cheerleaders’ Outfits

3. Their Middle Order, Only If They Strengthen It

The middle-order has obviously been an issue for SRH for a long time. If the opening pair fails to perform, the middle order has had a tendency of crumbling quickly under pressure. If SRH can stack reliable players in the middle order, favouring consistency over strike rate. Manish Pandey is the first that comes to mind, who had a fairly reliable show the last season with an average of 43 runs. Vijay Shankar is another batsman SRH would have to put faith in.

Despite a rather inconsistent performance the last season, Shankar has shown promise. Abhishek Sharma didn’t get enough chance to make his name the last season, but the rising player has promise and should be given a chance. Mohammad Nabi is the all-rounder SRH can use as a last defence of their middle order.

Even though their middle order didn’t perform well the last season, if they can buy great middle-order batsman in the 2020 auction they will surely be favourites.

There is no doubt that Sunrisers Hyderabad has the capacity to emerge victorious in even the fiercest showdowns. Consistent injuries and loss of players became its cause of downfall the last season. However, the team would be entering the arena with much greater planning and valuable hindsight on past failures. The sun might rise once again.

Also read: Amazing Moments Shared Between Star Cricketers and Their Kids which is Too Cute to Handle During IPL 2019