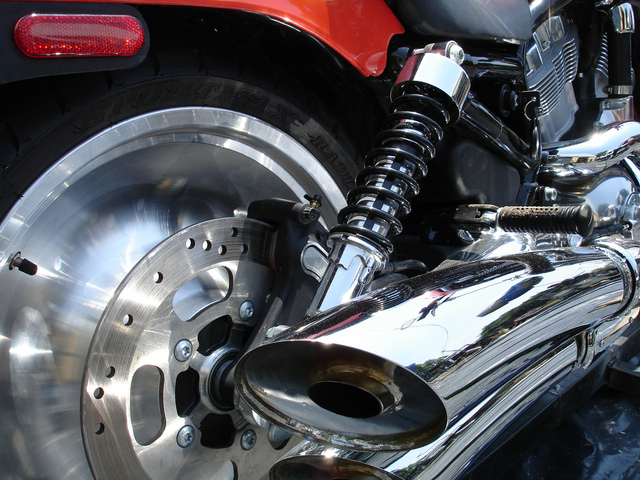 There are Honda and Suzuki, Yamaha and Kawasaki motorcycles, but no Toyota motorcycles. At the same time, the company had a motorcycle division. So what happened to him?

Once upon a time, Toyota produced motorcycles – from 1949 to 1960. The models were very different: both bicycles with motors, and full-fledged naked. They were produced by Toyo Motors. That is, these bikes were not made by Toyota, but they were made for Toyota .

Toyo Motors, which, incidentally, has nothing to do with Toyo Tires, was founded in the city ​​of Kariya, Aichi Prefecture (Japan). Its founder, Kazuo Kawamata, has been very interested in internal combustion engines since the age of 20 . In his time Kawamata participated in the development of the first front wheel drive car in Japan under the name of the Roland, in the course of which he met or with anyone else but with Kiichiro Toyoda – the founder of Toyota.

In 1942, after a brief correspondence, Kawamata got a part time research laboratory at Toyota Motor Research. During this time, he also developed the Bismotor engine for motorcycles, and this Toyota funded project led Kawamata to manufacture motorcycle engines . Shortly thereafter, in 1949, he founded Toyo Motors, which became a subsidiary of Toyota.

Toyo Motors set out to produce the simple and inexpensive motorcycles that the post-war world needed so much. By 1952, production had grown to over 10,000 bikes a year. But the success was fleeting.

Group of the Toyo Motors constantly pursued the endless complaints about the quality of motorcycles. The reason for this was the company’s unusual decision to outsource almost all of its production. Motorcycles were simply assembled from components and assemblies supplied to the enterprise . With this approach, reliability was out of the question. Toyo’s engineers and employees insisted on rethinking the business idea, but Kawamata was not interested. At the same time, they say that the territory of the enterprise was littered with defective components and assemblies.

All that was missing was a more efficient competitor. And in 1958, Honda introduced its Super Cub, and people’s patience with Toyo motorcycles burst. With the advent of an inexpensive but reliable alternative, they simply stopped buying.

To be fair, Toyo Motors was just one of over 100 Japanese motorcycle manufacturers that came and went. At times, this was not due to miscalculations in business models, but to the elements. For example , in 1959 Typhoon Isevan, better known outside Japan as Typhoon Vera, killed more than 5,000 people. More than one and a half million people were left homeless.

Born in 1894 in Shizuoka Prefecture. He founded the Toyota car company. Then Japan was considered an agrarian country, and in order to open a new direction, Kiichiro enlisted the support of his father.

Development of the company

It appeared in 1933, and two years later released the first car models: a passenger Model A1, and a cargo Model G. The Chinese authorities liked the trucks – they bought a whole batch of these cars. After that, the brand began to be recognized outside the country. Since 1937 the company has been operating as Toyota Motor Co., Ltd.

The production was re-equipped, the trucks needed by the Japanese army were created. Production capacity fell, however, in 1947, new Model SA cars were still released.

The economic crisis in the country provoked an employee strike at the Toyota plant. The management managed to get out of this situation thanks to Taichi Ono’s concept called “Lean Manufacturing”. It consisted of two principles – “just in time” and “full automation”. According to the first rule, spare parts must arrive at the assembly position in the right quantity, and if necessary.

In 1950, sales and production were separated – a subsidiary company Toyota Motors Sales Co was created, which was engaged in the sale of products.

In 1956, Japanese cars entered the US market. The company studied the requirements of the population, thanks to which it was able to gain a foothold in America and Brazil, and then conquer Europe and Australia.

The growth was rapid. In 1961, the compact Toyota Publica appeared, and in 1962, an important event – the millionth car was produced. In 1966, the new Corolla surprised the global auto industry.

Since the mid-90s, in order to preserve the purity of the planet, they began to create hybrid models:

In 2002-2009, the company has grown to the level of participation in Formula 1 races. Until now, used Toyota cars in Australia have enjoyed great success.

Also read: Buying A Used Car: The Ins and Outs of Working with an Auto Dealer

Why Do You Need Insurance for a Used Car?

Car Leasing – Which Company To Choose