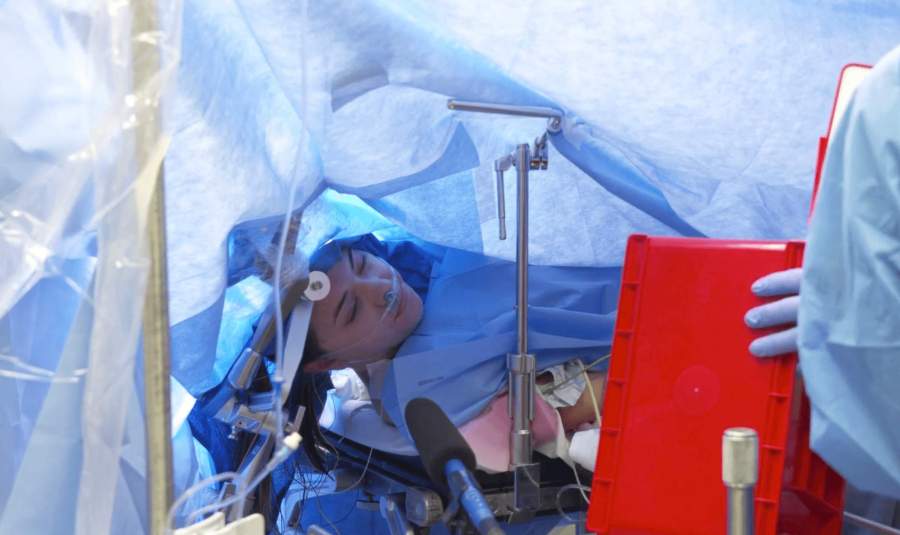 You might have listened to many stories about brain surgery and the people associated with them who have fought so bravely while undergoing the operation. But nothing has ever happened like this as we have come to know about the wide awake brain surgery of a 25-year-old Jenna Schardt which has left everyone in shock as her brain surgery got live-streamed on Facebook when doctors were operating on her and she was lying whole awake on the table. Surprising right?

Have a look at what doctors and everyone else have to say about this.

Lady has a lesion in her brain

According to NBC, The doctors have operated to remove a lesion in her brain and it has also been live-streamed on the internet as the lady wanted everyone to know and get aware of such thing and cured as soon as possible to save your life. This was the main motive behind the video to get live on the famous social media platform, Facebook.

The video was seen by thousands of people

Do you know the live video has been watched by thousands of people where doctors were operating on her and she was lying awake on the operation table?

We have come to know that she wanted to become an occupational therapist and was continuing her study for the same when she developed stroke-like symptoms which made her unable to talk temporarily. It was due to the tangling up of blood vessels in her brain.

Her surgery was conducted at Texas’ Methodist Dallas Medical Center. Doctors asked her if they could live stream this operation on Facebook for which she said yes.

“We struggled with the idea of doing a Facebook Live brain surgery, but because Jenna was so forthcoming and she wanted to show the rest of the community if you have this problem you can fix it,” neurosurgery chief Nimesh Patel told the Guardian.

“By being awake and being able to answer questions, the doctors were able to map Jenna’s brain in that area precisely before they cut,” said Neergaard.

“Being awake itself does not add risk to the surgery… In fact, it’s probably safer because they didn’t run the risk of cutting an area that would allow her not to speak when she woke up.”

Live video has got a positive response from the public

One person wrote, “Watching this surgery has given me hope about my future similar left temporal lobe surgery,”.

Another said they have a similar problem to Schardt and watching the video gave them “at least a little bit of an idea” of what to expect when they go in for surgery.

On seeing this Neergaard said, by live-streaming the video on Facebook, lots of people have come to know about it. If you would have seen this video in the dramatized format on a TV show, it might fear the people who are facing this. By God’s grace and doctor’s hard work and dedication, her surgery went well and she is safe and sound now.