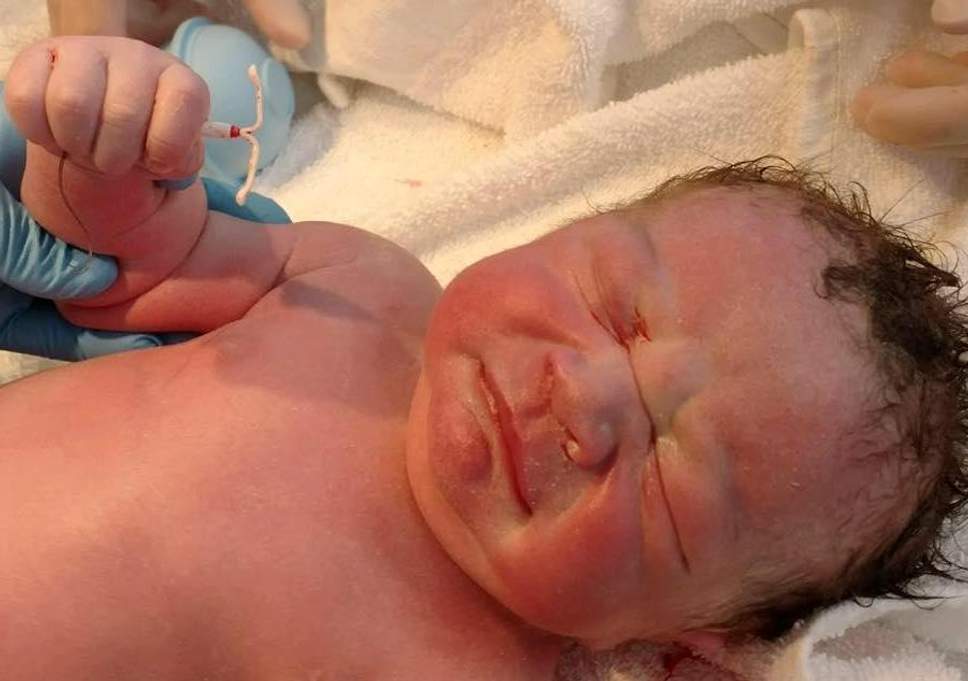 Well, that’s something shocking. Mirena coil or IUD or copper T is basically a contraceptive device that prevents women to conceive. It is inserted into a woman’s womb. It makes it difficult for the sperm to move through and reach the egg. But this lady from Alabama got pregnant in spite of having the device inserted, she posts pictures of her newborn baby on the internet and they go viral.

That’s not a thing to be worried though since doctors say, if the copper T is inserted correctly then it is 99% effective. And only one in 100 women can get pregnant in the worst case scenario. Well, this lady was that one.

Lucy Hellein from Alabama had Mirena coil inserted had in spite of her implant she got pregnant.

Lucky gave birth to her third child and shared his newborn baby’s pic with a copper T implant in his hand. The picture has gone viral and has been shared more 72,000 times on Facebook.

She gave birth to her son Dexter Tyler by cesarean section. Her contraceptive device was then removed.

She had the implant after two babies and only after the four months of the implant she got pregnant.

Baby bump! I still have a Mirena IUD. I was given a due date of May 4th…even my OB said The Force is Strong with this one. This boy was definitely a HUGE surprise. Apperantly I’m part of the 1% who end up with a viable mirena pregnancy. I took this belly pic the other day, 37 weeks and 1 day. I will be having a scheduled csection to find the mirena and close down the baby factory. Kids are excited about baby brother. The Force Awakens April 27th, 2017. Coming soon, more Curly Kitty crochet baby cuteness!!!! #knockedupaf #mymirenafailed #mirenababy #thatsnomoon #thelastjedi #blessing #curlykitty

What is even more surprising is that she was 18 weeks pregnant when she thought it might have been a few weeks.

Her Mirena coil wasn’t detectable even in the ultrasound. Even doctors thought that it has fallen out or something. But it was found behind her placenta.

Though it was a Mirena fail, Lucy has no regrets “Dexter was definitely meant to be. His original due date was May 4th, and even the doctor said the force was strong with this one. Although he wasn’t planned, my family and I feel incredibly blessed.”