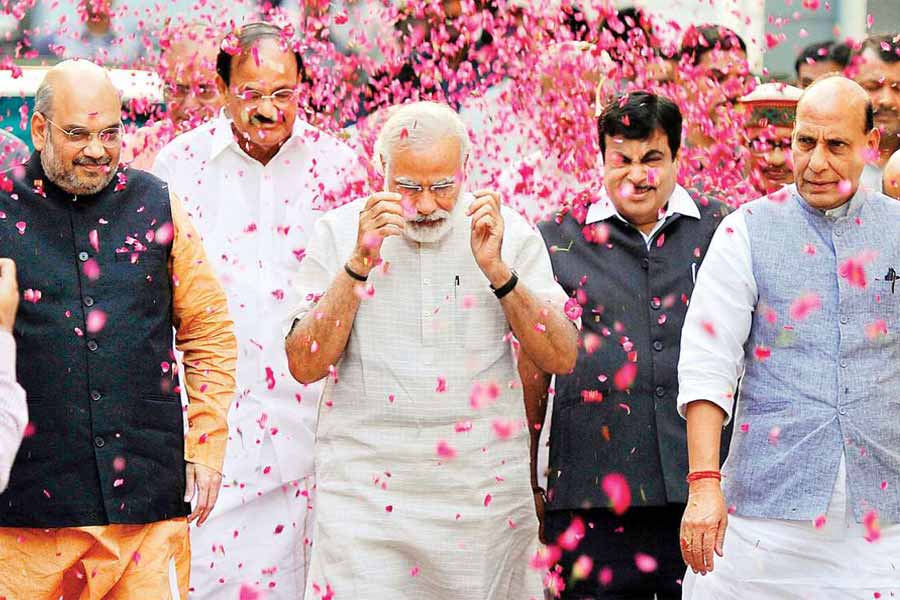 On receiving the messages from these giant leaders, Modi has expressed his vote of thanks to them in a very generous manner. He thanked the global leaders for their cooperation in developing mutually beneficial bilateral relations and multilateral cooperation and expressed his desire to work with them ahead to bolster the stronger relationship between them.

Here is how the world leaders reacted to PM Modi’s win:

Vlamidir Putin has congratulated PM Modi over telegram for his “convincing victory” in the Lok Sabha Elections 2019. He desires to work with him to build even stronger ties and the relation between Russia and India.

I congratulate Prime Minister Modi on the electoral victory of BJP and allies. Look forward to working with him for peace, progress and prosperity in South Asia

Pakistani Prime Minister, Imran Khan also poured over his wishes to Modi on winning the elections. He is also looking forward to working with him for peace, prosperity and progress in South Asia.”

Xi Jinping has also showered his wishes to PM Modi on winning the elections. The president also put his desire to work with him towards the development of China-India relation and strengthen multilateral relations.

She also congratulated PM Modi over social media by saying this is a reflection of the trust and confidence reposed on you by the people of India.

Congratulations to @narendramodi on a magnificent victory! We look forward to working closely with you.

Sri Lanka’s Prime Minister, Ranil Wickremesinghe has also congratulated PM Modi on Twitter handle for achieving the splendid victory. He also expressed his desire to work closely with him to improve the development of two nations.

The Prime Minister of Israel, Benjamin Netanyahu, has congratulated Prime Minister Narendra Modi in Hindi. He said, “Congratulations to my dear friend Narendra Modi, for achieving such great results and for proving your leadership in one of the world’s biggest democracy. We are looking forward to closely working with you in order to strengthen the friendship between India and Israel”.