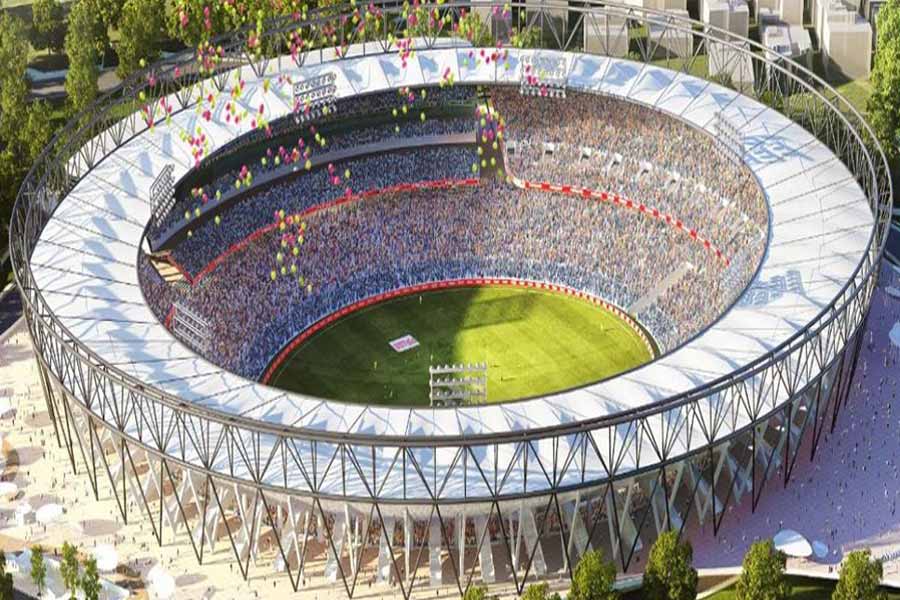 It has a whopping capacity to fit in approx 1 lakh people. Till now MCG has hosted the 1956 Olympic Games, 1992 Cricket World Cup, 2006 commonwealth Games and 2015 Cricket World Cup. But sadly MCG will no longer be the largest stadium in the World as it will be replaced by Ahmedabad’s Motera Stadium.

The reconstruction work in the stadium got started in 2015 and it’s going to be complete till 2020. The project is estimated to cost around Rs. 700 crores. It has been designed by the same company which has deigned (Melbourne Cricket Ground) MCG.

Also read: Have a look at Qatar’s Air Conditioned Stadium for the Fifa World Cup 2022

The venue will be connected to a metro station

The Vice president of Gujarat Cricket Stadium, Piramal Nathwani has told that the venue will also be connected to a metro station within 300m reach. A huge ramp will also be designed to facilitate the easy movement of the people around there at one time. It will also have LED lights all over the ground as it has provision for solar power generation and 65 rainwater harvesting pits.

The first match will be between World X1 Vs India T20

And the most exciting part is that the first match in the new Motera Stadium will be of World XI Vs India T20 match which will be conducted in February 2020.

Arey Koi Na! #Ahmedabad‘s #MoteraStadium will be ready by 2023. In 2023 #WorldCup, #India will be the Host and Winner too and that to in the World’s biggest stadium with the seating capacity of 1,10,000. #CWC19 #INDvNZ. Am I right @BCCI? pic.twitter.com/ajbk3VsVGE