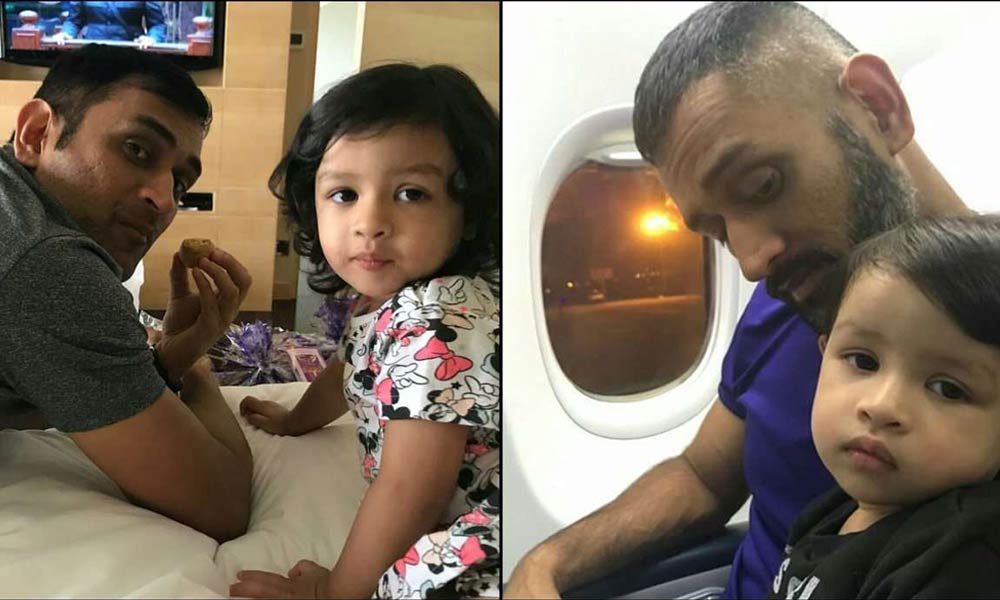 Ziva Dhoni, cute daughter of Chennai Super Kings Skipper, MS Dhoni has recently uploaded the video of himself and her daughter where he is asking Ziva “How are you” and she is responding him back in six different languages namely Tamil, Bengali, Gujarati, Bhojpuri, Punjabi, and Urdu. Isn’t it surprising for you that how such a small girl knows six different languages as she talks to her father with so much ease?

The video of this cute father and daughter duo has gone viral on the Internet like fire. Following the footsteps of her dad, the “multilingual” Ziva displays her expertise to Dhoni in the most chill way possible.

The adorable and cute video of the duo was posted on Sunday.

And you know the video has been watched nearly 3 million times on the photo and video sharing platform with the Internet collecting comments like “awwww”.

Although we know that Dhoni is not regular on social media, he never misses the opportunity to share cute videos of her daughter. This shows that whenever he is off the field, he loves to spend time with her little one.

Not only this, back in 2017, when little Ziva was merely 2 years and a few months old, she sang two Malayalam songs taught to her by her nanny “Sheila Aunty” from Kerala. Nothing can be cuter than her singing is all we can say after seeing that video of her.

In the video, you can see how nicely she sang, despite being unwell that shows how enthusiastic she is just like his father as he is on the field. If you haven’t seen that video yet, go and watch right away and I am sure you will not regret watching that. They are surely worth a watch.

Dhoni was not the only Indian cricketer who was seen spending quality time his daughter. Mumbai Indians Skipper, Rohit Sharma also uploaded a video on his official Instagram account where he can be seen singing a rap for his little daughter, Samaira. Rohit Sharma commented on this by saying, “We all have a little bit of gully in us”. Even their video was also appraised by his fans a lot.

Ziva Dhoni is herself a star. Her cuteness, talent and the way she talks will surely blow your mind away. She is the most famous child over the Internet today like other Bollywood actor’s kid like our Chote Nawab “Taimur Ali Khan”, Aaradhya Bachchan and there are many more.

Ziva has lots of fans like her father. Even her father also accepts the fact that whether he likes it or not, she always catches the attention of the media reporters wherever he carries her along with himself. Whenever he is spotted alone anywhere, the first question he is asked about is “Where is Ziva?” “Is she around?’’.

Undoubtedly, kids are cutest, but Ziva is too cute that we can’t afford her to miss and we love watching her fun videos. After seeing her video, we are waiting for some more from her soon.