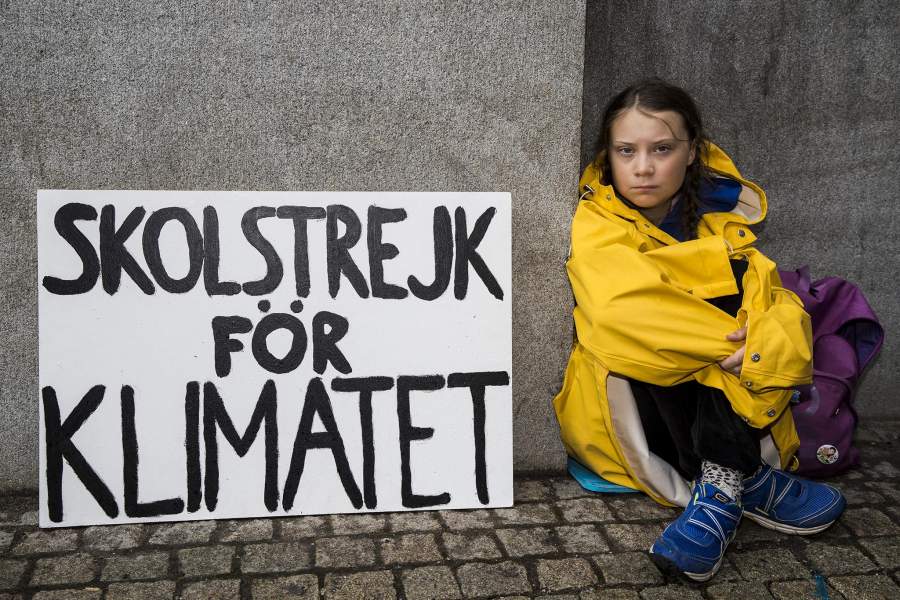 Recently, Greta Thunberg who is just 16 years old has become popular on social media due to the motivational speech given by her at the UN Global Summit regarding climate change and her concerns over it. Her speech not only has inspired millions of teens around the world but also to Bollywood actress like Priyanka Chopra. Priyanka Chopra said that ‘she is inspiring to me as an adult’. And, she also mentions how such a small kid can take responsibility for climate these days when we can’t. This is really inspiring each one of there. Let us know more about Greta Thunberg and who is she?

Who is Greta Thunberg?

Greta Thunberg is a 16-year old climate activist from Sweden who has recently given her inspiring speech regarding deteriorating climate change expressing her concerns over that. She also became GQ Magazine’s “Game Changer of the Year.” Popular hashtag #howdareyou” gone famous after her speech got viral on social media.

Thank you GQ Magazine for the Game Changer Of The Year – award!#fridaysforfuture #climatestrike #schoolstrike4climate pic.twitter.com/igmFTRqoJl

Also read: 7 Daily Life Things That We Are Doing are Responsible For Destroying Our Planet

She is also known for her “school strike for the climate.” We must say, she has attained more than what she could at just 16 years of her age what we can’t even think of.

She is also Sweden’s “Woman of the Year” in 2019. She has also published two of her books and is also a TED speaker (Wath her TED talk). Most recently, she also got nominated for a Nobel Peace Prize. Currently, she is making a great impact on US Politicians as she wanted to fight for her future as well s the future of the planet.

She is suffering from Asperger Syndrome

No doubt she is educated, well-spoken and motivated. She also suffers from Asperger Syndrome. Despite having this disease, she is not demotivated and no one could stop her from what she aims for. Even, she is facing a lot of criticism for what she is trying to do but she is determined to take the necessary steps to change the world and its future.

Greta is also very popular for going on strikes on Fridays from her school regarding climate outside of the US Parliament. Her hashtags #FridaysForFuture and #SchoolStrike4Climate have inspired thousands of posts on social media, and likewise, she has inspired thousands of students to take part in school strikes around the world. She is getting a lot of support from people around the world including communists and celebrities.

Now we are waiting to see her next steps she is going to take in her journey of climate change.

Also read: The Arctic is Melting: We Should Reduce The Activities That Cause Global warming