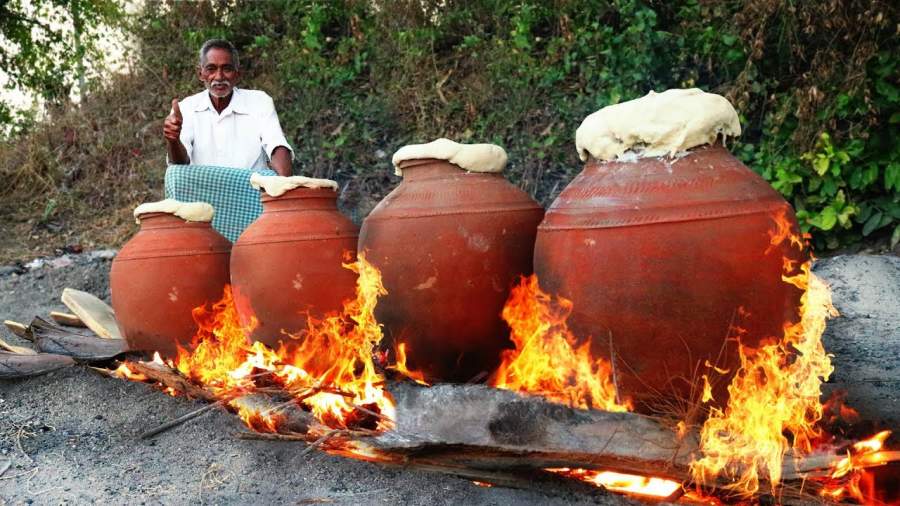 If you keep the love for food, you might be familiar with his face who is popularly known as ‘Grandpa’ on by everyone. He was a senior YouTuber and also an owner of a popular food channel known as ‘Grandpa Kitchen‘. This is why people love to call him by the name ‘Grandpa’. His name was Narayana Reddy who will surely be missed by each one of us as he used to make tasty and delicious food for orphanage children.

Grandpa Kitchen got started in the year 2017 and was very famous among everyone and his channel has viewers from all over the world who love to watch him cook tasty and epic meals. He used to cook a massive portion of meals which looks extremely delicious to watch and make you crave eating that dish right away.

Grandpa used to cook food in his ‘unique’ style

He never cooked normal food in an ordinary style which can be cooked by anyone.  Once he cooked 500 packets of Maggi in one shot and made everyone teach how to cook it. Not only this, but he also teaches how to cook our most favourite dish from KFC that is KFC style chicken, chicken biryani, American lasagne, and other dishes at low cost which can easily be cooked at your home easily using homemade ingredients.

His menu had lip-smacking dishes

Not only these dishes, even lip-smacking dishes like Oreo pudding and soft Gulab Jamun were also there on the grandpa’s menu. Whatever meals he used to prepare by himself was served to the orphans in the community as donation free of cost. Not only food, even basic amenities like food, clothing, school stationery, and birthday gifts were also gifted to them.

Recently during last week, he made his final appearance on his YouTube channel to give updates about his health in a live session and sadly we will not be able to see him cooking again.