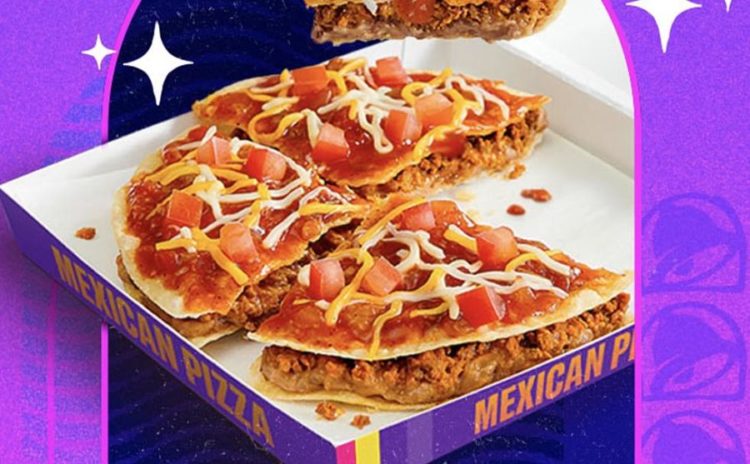 Taco Bell is bringing back the popular old dish. It belongs to the Yum! Brands, Inc. More than once the restaurant has rotated its offerings, dishes and other amazing benefits for its customers. Now they are bringing back a favourite dish. For instance, the lips smacking nacho fries are a popular item. But they only offer the dish at a particular time. It took it off the menu which frustrated many customers. But this is the style of Taco Bell to keep itself in the spotlight. So what is added to the menu item of Taco Bell right now? Have a look at it here.

Taco Bell is a US-based chain of fast-food restaurants in Irvine, California. Glen Bell was its founder who founded it sixty years ago. He started it as a small food cart but now it has grown into a large restaurant chain. Also, the restaurant is one of the subsidiaries of Yum! Brands, Inc. It serves a variety of Mexican-inspired food like tacos, quesadillas, nachos, Burritos and more. It has more than two billion customers each year and over 7,072 restaurants worldwide.

In 2016 Taco Bell took the salsa verde off their menu. But this classic sauce will come back as the chain is going to offer a salsa verde grilled chicken burrito in the Milwaukee area. The salsa verde grilled chicken burrito has grilled marinated white-meat chicken, reduced-fat sour cream, seasoned rice, and a mix of cheddar, mozzarella, and pepper jack cheeses and more. At last, the salsa is wrapped in a warm flour tortilla and grilled.

Salsa verde is a dish that adds to the versatile options of Taco Bell. The topping can be added to many products and also helps Taco Bell to offer lots of new items. They need not make any changes in their kitchen.

The list of Taco Bell restaurants is growing. It is planning to expand in many countries. Spain was the first market to surpass more than 100 units. For becoming popular they are bringing special items for some time and taking them off the menu. This creates lots of publicity for the restaurant.

Bell is bringing back their Mexican Pizza

The Mexican Pizza is a complex dish consisting of a tortilla shell filled with ground beef of beans. It is topped with pizza sauce which is then topped with another tortilla shell. The shell contains more sauce, cheese and chopped tomatoes. This item first came in 1985 and was originally called “Pizzazz Pizza.”

When Taco Bell removed the Mexican Pizza from their menu it led to lots of outrage. The loyal followers of Taco Bell signed an online petition which received 200,000 signatures. The people more outraged by it were the Indian Americans who were fans of the vegetarian Mexican Pizza. It was a fun item for them to indulge in. After seeing this Taco Bell spoke with the creator of the petition Krish Jagirdar to celebrate the return of the pizza.

So he said in a press conference “Like many Indian-Americans who grew up vegetarian, we had limited access to the ‘fun’ fast food, so Taco Bell became a bridge to belonging in American culture for many kids like me who grew up in immigrant households”.

Further Taco Bell developed its packaging too. Before that, the pizza’s packaging led to more than 7 million pounds of paperboard every year. The brand said during its release that it has worked towards “streamline operations and ingredient sourcing, and leave a lighter footprint at the same time”.

The cost of the Mexican Pizza is $4.49. The members of the loyalty program will be able to order it two days before its release. It will start on May 17. As a fast-food restaurant, they have to compete for the dollars and attention of customers. Speciality offerings are one of the ways to attract customers. So it experiments with its menu to peak interest. The sales of the restaurant have jumped to 8% recently. This means that the company is winning in its strategies.

Taco Bell is an amazing restaurant that is offering amazing dishes to its loyal customer base. They are always striving to provide tasty fast food. Many options are available for the foodies to choose from.