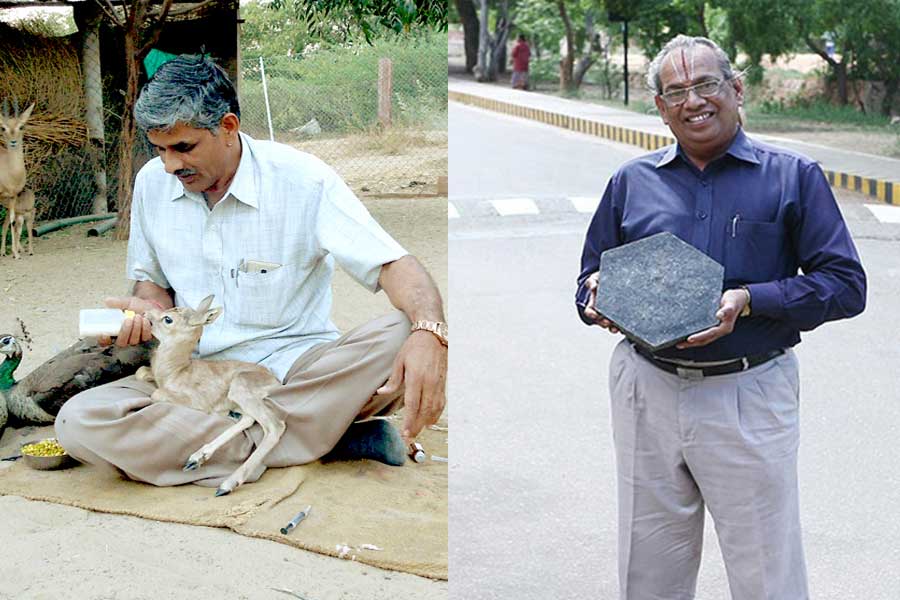 Not everyone is encouraged to protect the environment. It takes a lot of courage and effort to take initiative in order to secure our planet. There are a plethora of organisations that are doing a great job to save the earth from the pollution caused by humans which affects our planet earth.

But today, I will introduce you some of the environmentalists or you can say who is just like a superhero in real life when it comes to saving our precious nature. They have taken the bold steps to clean and maintain a healthy way in every way possible.

Scroll down to know about them more:

He is the founder of Mitti Cool Fridge, a refrigerator which is made up of only clay and nothing else. The mini refrigerator can hold perishable items for a week and is able to cool water and milk. It is extremely cheap and is a life-saver to many villagers of the country. I think it is really one of the coolest inventions known till now.

M.Y. Yoganathan is a conductor by profession. He works with the Coimbatore Transport Corporation and he does not know how to read or write. Despite his inability to read and write, he has planted more than 38,000 trees over the past 26 years.

Apart from doing this, he also teaches students the importance of environment conservation in schools across Tamil Nadu.

He is a saint and also a social worker in real life, who took the pledge to clean the dying Beas river of Punjab. He also cleaned Kali Bein river bed and brought to life. He is popularly known as ‘Eco Baba’ among his followers.

He is truly an inspiration to most of us. He kicked off his high-end job to start ‘Afforestt’, a company that makes a natural forest in small places using the unique Miyawaki methodology to grow saplings.

By implementing this method, he has managed to convert 48 barren lands into a self-sustainable forest in a span of 4 years.

Afroz is a lawyer by profession who took the initiative to clean and transform Mumbai’s Versova Beach. This mission took him 85 weeks to complete after which he had collected 4,000 tons of trash or waste from the 2.5 km beach.

He is a man behind making an incredible invention of edible cutlery from combat plastic. Isn’t that unique? The cutlery is being made by using the combination of Jowar, rice and wheat flour in a manner that it contains a mix of 3 flavours i.e. sweet, spicy and plain.

They are the two final years IIT Bombay graduated who have created a free water dispensing machine without spending even single money. The machine invented by them is popularly known as the “Swachh Machine” which is already being marketed and promoted by a Chandigarh-based start-up named Trestor.