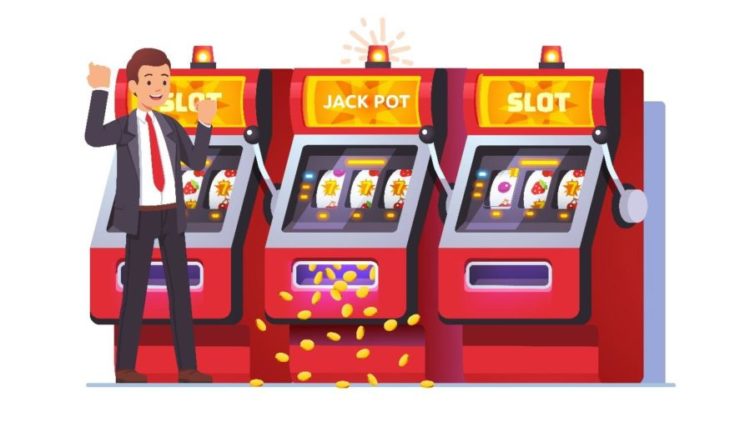 Since the 19th century, slot machines have spun into the hearts of the masses. Originally, the games could be found in pubs, bars, arcades, shops and even post offices before making their way onto the casino floor, where they would quickly make up 70% of the average annual income. Slot machines require no skill whatsoever, and because of their simple gameplay, and advancements in technology adding bonus features into the mix; Slots have become increasingly popular over the years.

So, whether you choose to play online Slots on Sky Vegas, for example, or spin the reels at your local brick-and-mortar establishment, the question remains: how do slot machines really work? Read on to discover the mechanics behind the machines, before and after technology spun onto the scene…

The very first slot machine to allow automatic payouts was created by Charles Augustus Gey in 1997-1895. The machine was known as The Liberty Bell and consisted of three reels with five symbols: hearts, diamonds, spades, horseshoes and a liberty bell. The liberty bell icon offered out the highest payouts, and the machine worked by inserting a coin which then allowed you to pull a lever. The lever would set the reels in motion by stretching a spring inside the machine which gradually stopped the reels from spinning.

Despite this spring mechanism giving players a sense of control over the game, the outcome still remained completely random. This design inspired many Slots for years to come, earning avid players the nickname “one armed bandits”.

In 1964, the first electromechanical slot was developed. Whilst the game was still activated by pulling a lever, it paved the way for the first true video slot in 1976.

Once slot games became digital, the lever mechanism was phased out and replaced with a button as it no longer needed to pull a spring. In fact, it was computer software that was developed to create random outcomes for the games that took over, allowing the further development of themed games and symbols, bonus rounds and even features like free spins.

These electromechanical games were kept fair and unpredictable with the help of a Random Number Generator (RNG) – the trusty software that would create unique patterns of numbers and symbols. The beauty of an RNG is that it has no memory, so it doesn’t matter what’s happened previously on the game. What’s more, the software produces a new, unpredictable outcome every single second, so the very second you press spin, is the very second your fate is decided.

In 1996, the very first online casino opened its virtual doors, and it didn’t take long for Slots to spin on board. More and more themed games were developed, as graphics improved and gameplay became more efficient. The accessibility of the games caused an increase in popularity, and online banking paved the way for bigger payouts and jackpots.

New features were developed, such as cascading reels and expanding wilds, making gameplay more exciting than ever. And whilst some games become more complex, with so much more to offer, the mechanics remain the same – with an RNG making sure Slots remain a fair and fun game of chance, no matter where the reels are spun.

Tips for Choosing The Best Online Casino for Gaming