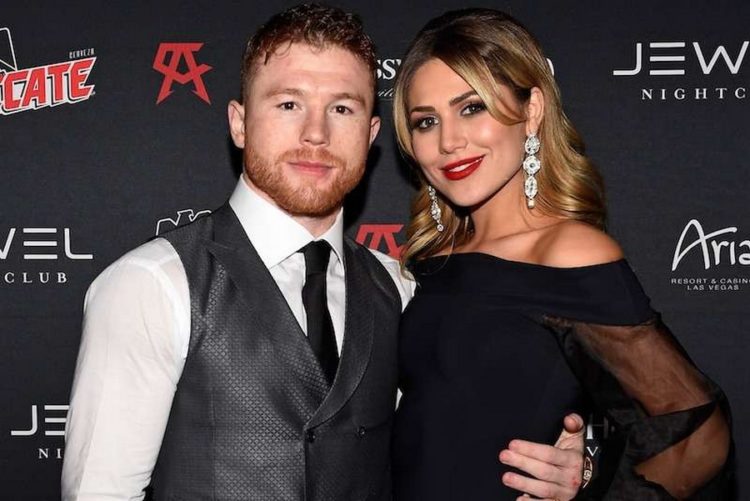 Gomez is a well-known Chilean social media celebrity, businesswoman, and model. As an influencer, she has over $1 million followers on Instagram. She is a beautiful lady and is making money of her own in her several business endeavors. Here you can find out all the details about Fernanda Gomez. Know the details of her personal life, networth, hobbies, and more.

Where is Fernanda Gomez from?

Gomez is from West-central Mexico City called Guadalajara which is the capital of the Jalisco state. The names of her parents are Lorena Martínez Cuevas and Ernesto Gómez Morales. Also, she has four siblings and their names are Ernesto, María Lorena, Oscar Daniel, and Ricardo Alberto.

Gomez’s husband is from Guadalajara, Jalisco. But his family originated from Los Reyes, Michoacán. He is the youngest of eight children in the family. All of his seven brothers are professional boxers.

What is the age of Fernanda Gomez?

What is her career?

Gomez came into the limelight after she married Canelo Alvarez. She met her husband in 2016. She is interested in fashion and modeling. Then she received practical knowledge in fashion through her studies.

Therefore she is a successful businesswoman. She has a nail bar and boutique in Guadalajara, Mexico. She promotes her business using various online platforms like Facebook, Instagram, and Twitter. Apart from this she also likes to upload pictures of herself. She likes to share pictures of her family. In every photo, she looks beautiful and her sense of style is evident.

Also read: Who is Meena Harris: All About Kamala Harris’ Niece

How did she meet her husband?

Gomez met her husband a professional Mexican boxer in 2016. They were together at the OMB Gala. At first, they had an on-and-off relationship. They broke up in 2017 but got back again in 2018.

Then they got married on May 15, 2021. Their wedding picture was posted by the World Boxing Organization (WBO) to wish them the best.

The couple has a baby girl named Maria Fernanda Alvarez. She is the first child of Gomez but the fourth child of Canelo because he has already been married before.

The names of the other children of Canelo Alvarez are Emily Cinnamon, Mia Ener, and Adiel Alvazer.

Gomez also takes care of the business of Álvarez. Also, she spends most of the time with her daughter Maria. She and her husband prefer to keep their social media life private.

How Gomez does feel about her husband’s career?

Boxing is a rough career. It can become ugly sometimes. But Gomez is very supportive of her husband’s career. She knows that for her husband his career is important. She accompanied her husband during his games to support him. Many times she stands near the ring in the match. When her husband won the match against Julio César Chávez Jr. she celebrated the victory along with him. It was a happy moment for the family.

How tall is Fernando Gomez?

The height of Gomez is 5 feet and 5 inches. She weighs 55 kg. Her hair is blonde and her eyes are hazel. She always takes care to keep her body fit and healthy.

What is the Net Worth of Fernando Gomez?

Many people are unaware of the networth of Gomez. But according to some sources Canelo Álvarez’s wife has a net worth of $20 million. But do you know Canelo Alvarez’s net worth? He has a whopping net worth of $140 million. Both the husband and wife are doing successfully in their respective fields.

Gomez manages a luxurious nail art salon. After she married Alvarez her famed escalated. Now many people know about her.

Fernando Gomez is enjoying her life as the wife of the famous boxer. Her fashion business is also running successfully. The Instagram account of Gomez is popular. Many people like her posts and share their comments.

You may also read: Who is Erin Krakow’s Boyfriend? Erin’s Biography and Personal Life