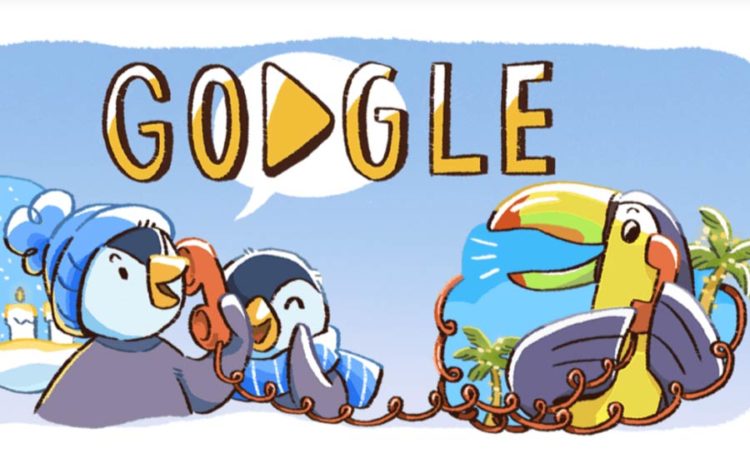 They don’t even require any add ons, such as a controller or blue-ray disks. Therefore, these games are simple and full of entertainment. So, in this article, we will discuss some of the best google doodle games for you to play.

So, if you are looking to quench your gaming thirst and kill off some time in the leisurely afternoon, have a go at these games. So, let’s check out the top 10 best google doodle games.

This one is really old. The first on the list Rubik’s Cube came on 19th May 2014 as a Google Doodle. Moreover, it’s really simple to play as you need to get some simple clicks to get a hang of the game. The gamers are probably aware of Rubik’s cube, in general, to do the same digitally. The colors move horizontally. Moreover, you can also click on the sides of the cube to rotate. So, if you want to spend some quality time, then play Rubik’s Cube.

This is another very common Google doodle game. Moreover, people celebrated the 100 years of a crossword with this game in 2013, Dec 21. It is another cool Google Doodle game where you can test your brain and find out the answers to the crossword puzzles. So, next time you need to feed your brain some wholesome information, you can try out this game.

Every 90s kid is aware of Pac-man. In fact, this is something that we have played since we were children. Google doodle also introduced this game on the platform back in 2010, on 21 May. so, relive your nostalgia with some classic Pac-man games. Furthermore, for those who have no idea about the game, let us tell you. So, you can maneuver your pac-man-monster and eat all the pac-dots without getting caught to score.

Next on the list is Pony Express. So, Google Doodle introduced this game back in 2015, on 14th April. Moreover, they did it in honor of the 155 year anniversary of the mail career system Pony express. Coming to the game, it offers you cute animations. As a player, you ride on horseback and gather as many letters as you can. Moreover, there are many obstacles as well.

So, are you in the mood to create some exquisite music? Well, you can then try out Hip-Hop Beats, a google doodle game. Moreover, Google posted this game in honor of the 44th anniversary of Hip-hop. This is a nice game, where you will get some cool facts and history of Hip hop, and then, you can mix your beats and make a cool track.

Next up on the list is another game that google featured for Halloween times back in 2016. This game is about the character Momo, a black cat, who tries to rescue the school of magic. So, there will be some obstacles on his path. As a player, it’s your job to help momo and let him find a way to rescue. Even though Halloween is over, you can still try out this game.

This is like an easter egg on Google Doodle games. Moreover, you don’t even need an internet connection to play this game. So, this popular game is about controlling a running T-rex. You have to avoid the obstacles and try to score as much as you can. It’s really fun and addictive. Moreover, it’s endless.

This is another google doodle game you can check out to get over your boredom. Google made this game for all the cricket fanatics out there. Now you can enjoy swinging your bat get a high score.

The last one on the list is Garden Gnome. This is another cool Google doodle game. It’s kind of similar to a dino game, where you have to maneuver a gnome and see how far it can go. So, if you are looking to spend your leisure afternoon, then it’s a good choice to keep this game up.

So, folks, these were some of the best google doodle games. So, now’s the time to spend some hours playing these games to have a lot of fun.