16 Tweets Made me Watch “To All The Boys: Always And Forever” 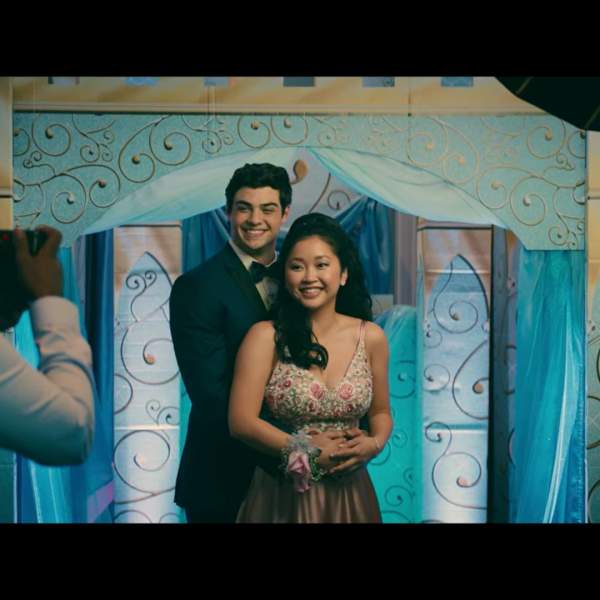 Are you the fan of the handsome Noah Centineo and pretty Lana Condor? Then you will certainly be ready to watch the sequel of “All the Boys: P.S. I Still Love You” film titled “To All the Boys: Always and Forever”. This will serve as the third and final instalment of “To All the Boys I’ve Loved Before” film trilogy. The romantic film released on February 12, 2021, on Netflix.

The story will deal with Lana Condor in the role of Lara Jean preparing for the end of her high school. She is a half-Korean and half-Caucasian girl who is reaching adulthood. While enjoying a trip she reimagines what her life will look like after her graduation. She thinks about her family, friends and also about her boyfriend Peter. Therefore get ready to watch the heartthrob Noah Centineo return to play as Peter in the sequel. It is a great film to watch during this Valentine month.

And that ends the beloved book turned into movie characters, Lara Jean and Peter Kavinsky ✨ The movie maybe a bit different from the book but it still gives justice. Thank you Jenny Han for doing a cameo there. You look so cute ?✨#ToAllTheBoys3 #toalltheboysalwaysandforever pic.twitter.com/jIcQH78ywU

Because love requires consistency and effort. The way they look at each other since TATB 1! I want an LJ & PK kind of relationship?#ToAllTheBoys3#toalltheboysalwaysandforever#peterkavinsky pic.twitter.com/cq0j6o05r4

OMG you guys. It was so good! It was perfect! I couldn’t have asked for a better ending to this amazing story that we all love so much! ????❤️?. Thank you @noahcent and @lanacondor for being our Peter and Lara Jean. ❤️ @toalltheboys #ToAllTheBoys3 pic.twitter.com/KEvyumj8Dy

Watched #ToAllTheBoys3 it felt like a delicious cupcake that I had waited for so long! I am going to miss these guys so much and yup, I still have a crush on Peter Kavinsky! pic.twitter.com/QYEWeZoVmw

Lara Jean & Peter's definition of love proves that it's not just a feeling, it's also a decision. RELATIONSHIPS ARE MEANT TO BE FLAWED (NOT PERFECT) BUT THEY ALWAYS CHOOSE EACH OTHER. #ToAllTheBoys3 pic.twitter.com/Sh7NH6dlNX

"I never want to be the guy holding you back, I want to be the one by your side. It won't always be easy but I want to do whatever it takes to make this work BECAUSE THAT'S WHAT YOU DO WHEN YOU LOVE SOMEONE"- Peter Kavinsky

They served!
The chemistry between Lana and Noah?❤️
I'm so glad they are my Lara Jean Song Covey and Peter Kavinsky?#AlwaysandForever #ToAllTheBoys3 pic.twitter.com/09auGX5NIQ

I recently watched #ToAllTheBoys3 and I LOVED IT! 1st one is still the GOAT but it's much better than the 2nd. Lana Condor and Noah Centineo once again have amazing chemistry and Lana completely takes over the screen. A wonderful end to the trilogy. Podcast review tonight! ? pic.twitter.com/EC3DHoy85q

"In movies, love is always about the big moments. But maybe, love is actually about the moments when you think no one is watching." – Lara Jean, 2021. ??#ToAllTheBoys3 pic.twitter.com/czxstLMbCc

The colour scheme in this film was incredible. The way every scene had the classic Lara Jean pink, blue, yellow and green aesthetic was beautiful ???? #toalltheboysalwaysandforever #ToAllTheBoys3 #ToAllTheBoys pic.twitter.com/N5mHVqlUSp

It was like watching a Kdrama and US series plus musical due to great choice of songs…nice to include "i like me better";and that sum up of the 3 movies at the end really fits to their song "beginning middle and end" #ToAllTheBoys3#toalltheboysalwaysandforever pic.twitter.com/96zFWIzZQD

Signing your books & you have so much style you MATCH the cover? Your partner is just watching you with heart eyes ? while looking like your bodyguard. THIS is the standard #ToAllTheBoys3 pic.twitter.com/sdNlnXBaCR

It's really hard for me to express how much the #ToAllTheBoys trilogy has meant to me, but for #toalltheboysalwaysandforever #ToAllTheBoys3 I'm gonna try. As an Asian American Hapa girl, I immediately connected to Lara Jean in a way I had never connected to a character before — pic.twitter.com/T6YGkgkcyf

What a beautiful love story! The aesthetic, the music, the actors, the life lessons are what I loved about it. But mostly, LJ and PK! How they love each other, communicate even if it hurts and finally find a way to make it work while following their dreams! Wow #ToAllTheBoys3 pic.twitter.com/ksvlHquv9g

To All the Boys: Always & Forever was incredible, an amazing ending to the trilogy. Congrats to the cast & crew (@lanacondor & @noahcent )#ToAllTheBoys3 #toalltheboysalwaysandforever #loveit pic.twitter.com/zV3HNDFhZ6

For 3 years, I fell inlove with the books and the movies. The ending was beyond my expectation,I soooo love the ending. I cried while watching it because it was so good. Ugh, I'm so inlove with you Peter K ❤#ToAllTheBoys3 #toalltheboysalwaysandforever #ToAllTheBoys pic.twitter.com/Yx3xSeT2YG