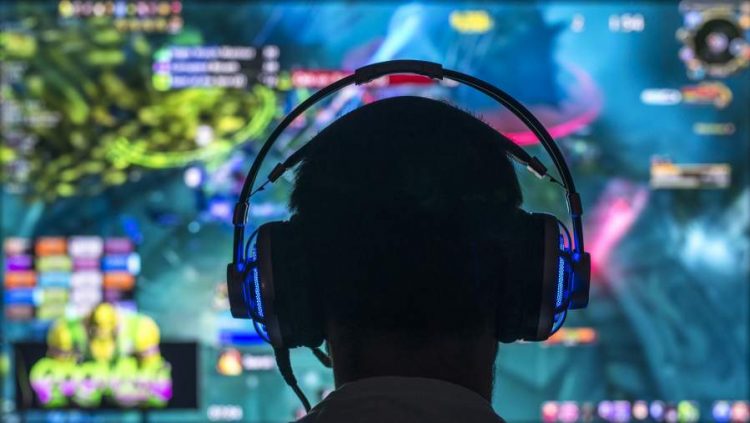 Gaming is becoming increasingly popular. As the industry expands, casual and serious gamers are turning to a growing number of online personalities to gain an edge in their favorite games. Meanwhile, those online personalities are making a mint. The popularity of professional gamers took off with the evolution of Esports in 1997. Since then, professional gamers have had an increasing amount of influence on their followers.

To learn more about the 20 biggest and best gaming influencers you should follow now, keep reading.

In the digital domain, Alastair Aiken is known as Ali-A. The British gamer creates a series of Fortnight and Call of Duty vlogs. Ali-A has 15 million followers across his YouTube Ali-A channel, as well as another 5 million subscribers to his More Ali-A YouTube channel.

In the real world, Alpharad goes by Jacob Ramon IV. On YouTube, however, he posts comedic content about his favorite games. Such as Super Smash Bros. and Pokémon. You’ll also find Alpharad on popular social media platforms such as Twitter and Instagram.

Aphmau is known around the world for her Mine Craft Diaries. Jess Bravura is also recently started posting content about the popular Among Us online game. She also posts content across various social media platforms such as Facebook, TikTok, Twitter and Instagram.

DanTDM is a professional gamer. Also known as Daniel Milton, he’s also one of the highest-paid YouTube content creators around. He creates reviews about many different games and also makes regular television appearances.

Fruity, known only by his first name—Harrison, is one of the youngest and biggest gaming influencers on YouTube. He offers tutorials for popular games such as Fortnight and Rocket League. His YouTube content ranges from two-minute tips to two-hour full playthroughs.

GamingWithJen publishes a popular series of Roblox videos. By watching her tutorials, you can learn everything from operating a virtual donut shop to playing a digital game of UNO. She’s also published older videos covering Minecraft-related play.

Jelly Van Vucht, known online as Jelly, is a child-friendly gaming content publisher based in the Netherlands. His comedy and energy displayed during his fortnight videos have made him a top YouTuber. Jelly also publishes content on his YouTube GTA5Videos channel, where he promotes content published by other creators.

Markiplier publishes YouTube reviews of the scariest games around. However, he manages to make the reviews funny and entertaining. To date, he has nearly 300 million subscribers and ranks among the top 50 YouTube channels.

MrBeast is one of the most popular gaming influencers in the United States. He publishes a variety of videos covering top games such as Minecraft, Grand Theft Auto and Fall Guys. He offers viewers entertainment by providing thrill-seeking challenges and adventures.

Tyler Blevins, better known as Ninja, made his name in the gaming universe by playing Fortnight competitively. Before Fortnight, however, Ninja was an expert at Halo 3. Ninja has earned so much recognition that the Fortnight developers made a skin representing his persona available for players in 2020.

PewDiePie is one of the first gaming influencers to arrive on the scene. He’s helped make online gaming what it is today. In 2016, he even won an award from Time Magazine as one of the World’s 100 Most Influential People.

Canadian native Michael Grzesiek is known around the world for his skill in Counter-Strike: Global Offensive. Going by the name Shroud, Grzesiek is currently building a name for himself as a Twitch star. In 2019, Shroud won the title of Content Creator of the Year at The Game Awards.

In the real world, she goes by Alia Marie Shelesh. On YouTube, she publishes life hacks and vlogs in addition to content focused on POV shooter games.

Syndicate publishes helpful walk-throughs for popular games such as Halo and Call of Duty. He has a massive following on his YouTube channel—The Syndicate Project. Also, he’s the first gamer to rack up more than one million Twitch followers.

MatPat offers something a bit different from other gaming walk-throughs and commentaries. Through his YouTube channel The Game Theorists, he takes a look at what’s behind some of the world’s favorite video games.

As it turns out, there’s a lot of interest in what he has to offer. The leading influencer has earned a large audience eager to learn more about the story behind various games.

In 2016, Evan Fong won a Shorty Award Nomination for his montage of video and gameplay narrations. The Canadian native known online as VanossGaming is now one of the biggest gaming influencers around. His fans tune in for videos, challenges and collaborations with other gamers.

On YouTube, Jason Gastrow is well known as Videogamedunkey—or Dunkey. There, he publishes game reviews, opinions and highly entertaining random content. His most popular videos include Ultimate Skyrim, Overman and Legend of Zelda: Donkey Breath.

Gonzalo Barrios is one of the top Super Smash Bros. players on the planet. Known as ZeRo in the gaming world, he’s even won a Guinness Book World Record for winning more than 50 gaming tournaments in a row. He often comments on character updates and also highlights up-and-coming professional gamers.

Industry insiders forecast that the gaming industry will reach $9.7 billion by 2020. In 2021, that forecast has surged to $138 billion. By 2027, experts say that the industry will generate $184 billion. The leading online gaming influencers have millions of followers. More importantly, they earn more income than you could ever imagine.

For example, Ninja has more than 15 million followers. He earns more than $500,000 a month from paying Twitch subscribers.

He’ll also generate additional income from sponsorship and gaming influencer marketing earnings. For instance, he’s also signed a deal with Mixer, where he’ll earn between $20- and $30 million over several years.

With numbers like these, it’s no wonder a growing number of passionate gamers have considered turning their hobby into a profession. Now, you can earn a substantial income by becoming an influencer on platforms such as Twitch or Mixer.

You’ll need a sweet gaming PC to get started. For example, Lenovo is a top manufacturer of PCs dedicated to gaming.

You can check out Lenovo’s gaming laptops by visiting official website. Once you have your gaming rig, you can work on building your rep as an online influencer. You’ll need to develop a unique strategy for publishing content. You’ll also need to figure out what you want to do and how you’re going to do it. For instance, you can make more of an impact by carving out a niche instead of covering all games on the market.

You’ll also need to figure out the tools that you’ll use to publish content. For example, you’ll need to pick publishing channels such as YouTube, Twitch or Mixer.

Next, you’ll need to work on building your brand and your audience. You’ll also need to leverage tools for measuring your performance so you can learn what’s working and what’s not. Once your audience gets big enough, you may also want to partner with a gaming influencer agency.

However, it’s important to remember that gaming is about the people behind the games. Accordingly, you’ll want to focus on networking and engaging with fans as much as you do on honing your skills in your favorite games.

Stay on Top of Your Game With the Latest Scoop

Now you know more about the 20 biggest and best gaming influencers you should follow now. However, you can never learn enough about the ever-changing world of tech.

The world’s YouTubers and online gaming professionals will keep you at the top of your game with their tips and insights. Still, there’s a lot more going on in the world of technology. Whether you want to learn more about games, software or mobile apps, you’ve come to the right place!

Check out our blog for the latest tech trends and news.

Also read: Want to Film Videos for Your YouTube Channel? Let’s Find Out How!