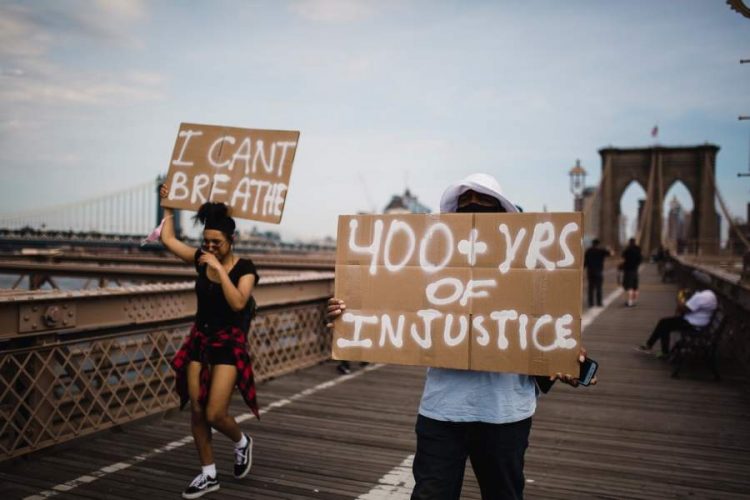 Today racial injustice has become one of the most prevalent topics talked about in social media and other public forums. Racism is a belief that one particular race is superior to others. For many years this firm belief has occupied the minds and hearts of people. Therefore it has become hard for many to adapt to changing times. In the modern world, many bold personalities have come out to talk about the racial injustice suffered by them so there is more awareness about is affects. Writers and activists such as Maya Angelou, James Baldwin, Audre Lorde, Toni Morrison and more are the people who brought the wrongs of racial injustice to the forefront. That is why they are an inspiration to many people today.

Read the quotes and become inspired and motivated to act.

1. Race and racism is a reality that so many of us grow up learning to just deal with. But if we ever hope to move past it, it can’t just be on people of color to deal with it. It’s up to all of us — Black, white, everyone — no matter how well-meaning we think we might be, to do the honest, uncomfortable work of rooting it out.

2. The beauty of anti-racism is that you don’t have to pretend to be free of racism to be an anti-racist. Anti-racism is the commitment to fight racism wherever you find it, including in yourself. And it’s the only way forward.

3. No one is born hating another person because of the color of his skin, or his background, or his religion. People must learn to hate, and if they can learn to hate, they can be taught to love, for love comes more naturally to the human heart than its opposite.

5. “In a racist society it is not enough to be non-racist, we must be anti-racist.”

6. “White feelings should never be held in higher regard than black lives.”

7. “Equal rights for others does not mean less rights for you. It’s not pie.”

8. “It is white people’s responsibility to be less fragile; people of color don’t need to twist themselves into knots trying to navigate us as painlessly as possible.”

9. “The beauty of anti-racism is that you don’t have to pretend to be free of racism to be an anti-racist. Anti-racism is the commitment to fight racism wherever you find it, including in yourself. And it’s the only way forward.”

10. “I don’t want your love and light if it doesn’t come with solidarity and action. I have no interest in passive empathy.”

11. “In the end, we will remember not the words of our enemies, but the silence of our friends.”

12. “If you are neutral in situations of injustice, you have chosen the side of the oppressor.”

13. There is no such thing as race. None. There is just a human race — scientifically, anthropologically.

14. Hating people because of their color is wrong. And it doesn’t matter which color does the hating. It’s just plain wrong.

15. In a racist society, it is not enough to be non-racist. We must be anti-racist.

16. None of us is responsible for the complexion of his skin. This fact of nature offers no clue to the character or quality of the person underneath.

17. One day our descendants will think it incredible that we paid so much attention to things like the amount of melanin in our skin or the shape of our eyes or our gender instead of the unique identities of each of us as complex human beings.

18. Racism is man’s gravest threat to man — the maximum of hatred for a minimum of reason.

19. “Something is terribly wrong if the pain, sorrow and outrage of a people makes you more uncomfortable than murder itself.”

20. “I swore never to be silent whenever and wherever human beings endure suffering and humiliation. We must take sides. Neutrality helps the oppressor, never the victim. Silence encourages the tormentor, never the tormented.”

21. “Anti-racism work is not self-improvement work for white people. It doesn’t end when white people feel better about what they’ve done. It ends when Black people are staying alive and they have their liberation.”

22. “Racism has been rampant for hundreds of years, it’s just that in this century people have camera phones to video it. It’s absolutely disgusting that you get mistreated because of the colour of your skin. You would think that those that are there to protect us, would protect.”

23. “Please keep signing these petitions, making donations, having conversations with family and friends about it, reading and sharing links and resources… Gentle reminder that this doesn’t end today or tomorrow or after you post about it once.”

24. “As a mixed race woman I want to say that I too understand my privileges and will constantly strive to do better for the Black community. Those not speaking up or taking action… your silence speaks VOLUMES. You can’t play ignorance, justified by feeling uncomfortable, when Black people have been made to feel uncomfortable their entire lives in a white privileged, systematically racist and unfair society that is more than happy to benefit from Black culture, but isn’t so happy in adhering to the ideals of equality and basic human rights.”

25. “I love blackness, it is stunning, majestic, inspiring but it is also not here to serve non-black people when it suits them via sports, music, hairstyles, entertainment etc. It should be respected in the workplace and shouldn’t be ignored when it’s crying out in fear of being killed.⁣ You really want that utopian ideal of what our world could be? You want to be proudly and ACTIVELY anti-racist, more than fearing being called a racist? I want that for you too.⁣ If so, then do the work, educate yourself and others stand by us loudly, consistently, FOREVER.”

28. “We must open the doors and we must see to it they remain open, so that others can pass through.”

29. No one is born hating another person because of the color of his skin, or his background, or his religion. People must learn to hate, and if they can learn to hate, they can be taught to love, for love comes more naturally to the human heart than its opposite.

30. “No matter how big a nation is, it is no stronger than its weakest people, and as long as you keep a person down, some part of you has to be down there to hold him down, so it means you cannot soar as you might otherwise.”

Also read: 6 Signs You are More Successful Than You Think