9 Most Famous and Legendary Actors That Smoke Weed 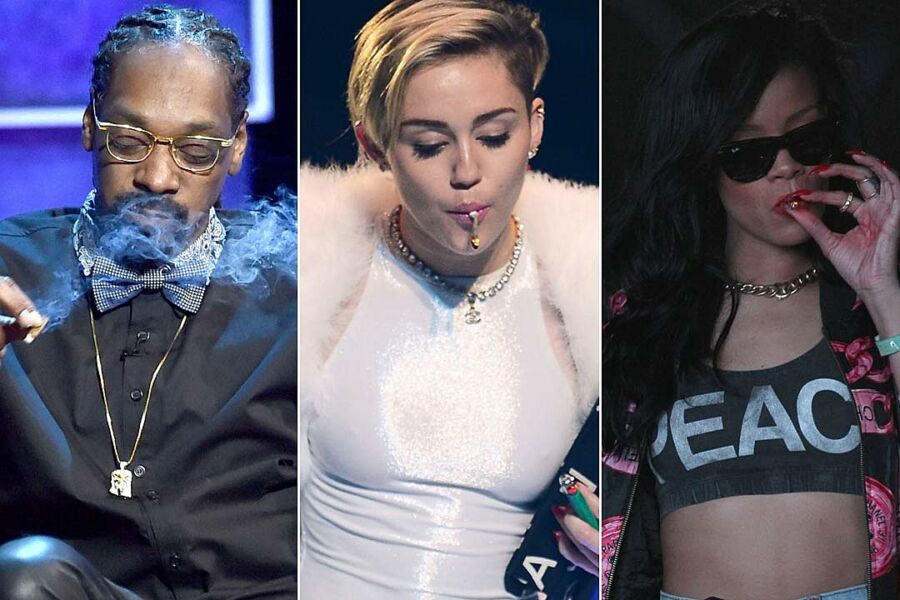 Unless you’re a rich celebrity that smokes weed, constantly buying buds gets expensive. Growing indoor cannabis seeds is the best way to keep your stash filled with quality buds without the high price tag.

While you wait for your crops to mature, here’s a list of famous actors partial to more than the occasional bowl.

9 of the Highest Hollywood Actors

While it seems like the list grows daily, it’s hard to tell how many celebrities smoke weed. Although some prefer to toke in private, the following actors aren’t afraid to praise the sweet leaf.

While perhaps not quite Oscar-worthy, Snoop Dogg has established himself as a popular supporting actor over the years. It might surprise you that he’s been in almost 50 feature films. What’s less surprising is his endless love for cannabis. Snoop has never been shy about his use of marijuana and was an outspoken supporter of the cause long before legalization. His smoking habits clearly haven’t interfered with his creative output, either.

On top of his decades-long musical career and numerous acting roles, he’s also active in the world of canna business. One of his companies, Leafs by Snoop, sells oils, buds, and edibles, and his platform, Merry Jane, produces cannabis-themed media.

Morgan Freeman, the man with the golden voice, strongly supports medicinal marijuana. The Shawshank Redemption star said he was introduced to the benefits of cannabis by his first wife, Jeanette Adair Bradshaw.

Freeman says that weed is one of the only things to provide some relief from the pain caused by his fibromyalgia. When questioned on his favorite method of consumption, the actor quipped that he’d eat it, drink it, smoke it, or snort it.

Woody Harrelson got his big break playing bartender Woody on Cheers. Unlike his character, Harrelson prefers buds to beers and has made no secret about it for many years. He’s been an active and shameless advocate of marijuana legislation, among other worthy causes.

The stoner actor narrated the documentary Grass: History of Marijuana, highlighting the murky area of drug prohibition. He’s also been a member of the National Organization for Reform of Marijuana Laws (NORML) advisory board since 2003.

This star hit big with her stunning performance in Steven Spielberg’s The Color Purple, but it’s the color green she really loves. Whoopi Goldberg has never been shy about sharing, which is certainly true when talking about cannabis.

Goldberg has been frank and open about her use of weed, claiming it’s brilliant medicine. She’s attempting to break into the marijuana business with her own line of pot and accessories sold under the name Emma & Clyde.

This legendary comedian and actor is the mind behind the iconic stoner flick Half Baked. If you’ve seen it, you know the pot-based humor is on point and very true to life. The movie’s highly relatable comedy is undoubtedly due to Chappelle’s long-standing affair with Mary Jane.

Dave Chappelle famously spoke up in favor of legalizing marijuana in a 2004 interview with High Times magazine. More recently, he was accused of performing drunk for a Detroit crowd but later revealed that he was, in fact, extremely high.

Bill Maher is another actor who smokes weed and is famous for his forthright and opinionated takes on many subjects. Over the years, and well before legalization, Maher has repeatedly spoken out against cannabis criminalization and anti-pot politics.

Maher’s advocacy and profile earned him a position alongside Woody Harrelson on NORML’s advisory board. In the wake of widespread legalization, Maher couldn’t be happier. He shared his relief at no longer having to stuff buds in his briefs while traveling.

Since his first appearance in Freaks and Geeks, Canadian-American actor Seth Rogen has always given off strong stoner vibes. His slacker image, trademark chortle, and unkempt appearance have helped him land numerous pothead roles.

His most famous outing is 2008’s Pineapple Express, playing the unambitious, dopey process server Dale. Offscreen, it seems Rogen’s real life isn’t that different from the characters he portrays.

When asked if he’d ever performed under the influence, Rogen said he’d been doing so exclusively for 20 years.

While he’s not an actor that smokes weed, Patrick Stewart uses it medically and has nothing but good things to say. As someone who deals with daily pain, he revealed he uses a cannabinoid-infused spray to treat his arthritis.

Stewart said he couldn’t match the relief he found in cannabis without resorting to harsh painkillers with many side effects. In 2017, the Star Trek star said marijuana had long been held back by ignorance, fear, and prejudice.

This iconic actor is notoriously private, but multiple reports from colleagues indicate he’s a massive fan of the herb. Carrie Fisher stated that she had shared countless joints with Ford while filming the original Star Wars trilogy.

A tell-all book by Hollywood socialite Eve Babitz has some interesting anecdotes about the Indiana Jones lead. She claims that before breaking into the mainstream, Ford supplemented his income as a carpenter by selling weed.

These celebrities that smoke weed remind us regular folk that a love of cannabis transcends all fame. While there are certainly more who indulge, these legendary actors put the “high” in high society.