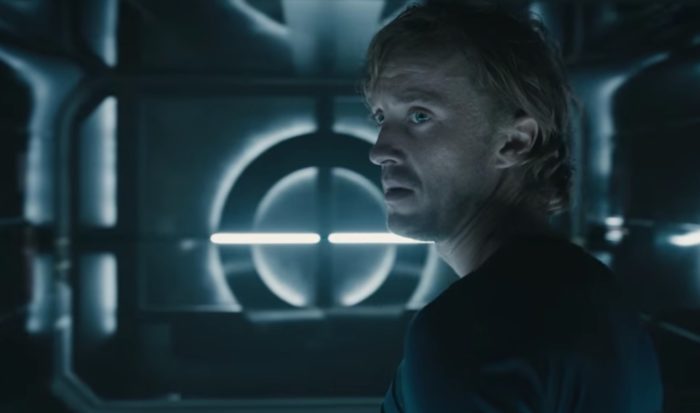 Tom Felton’s new film “A Babysitter’s Guide to Monster Hunting” is causing a stir among Netflix streamers. They are really excited to see their favourite star in the film. This is a horror film which is actually an adaptation of the book written by Joe Ballarini. Felton is going to play as an evil man in the film who kidnaps children. Know all the exciting details about the film here.

The horror film is set to release on October 14 the day of Halloween. We expect the film to be spooky and thrilling because there is a Boogeyman in the film who takes children. There is also a secret society that saves children from monsters. So stay tuned for the scary film that will give you nightmares.

The premise of A Babysitter’s Guide to Monster Hunting

The film will showcase the events that happen in the first part of the book series written by Joe Ballarini. The story is about a first-time baby sitter named Kelly Ferguson. The child she is looking after gets kidnapped by the Boogeyman. Then while she is trying to find the child she encounters a secret society which consists of baby sitters. Their sole life’s mission is to save children from the monsters. There are a lot of monsters that make plans to kidnap innocent children. Ferguson understands that she has to battle with more than the Boogeyman to rescue the child.

The cast and development

The sources have revealed that Tom Felton is going to play as the Boogeyman in the film. In the novel, the name of the villain is Grand Guignol who leads the monsters to kidnap children. The children they kidnap have got special powers so by using the powers Boogeyman plans to create nightmarish monsters to haunt the world. There are photos of Felton released where he looks like a Boogeyman wearing a coloured coat with a tie. However, he has long unkempt hair and appears as if he is hatching evil schemes.

Tom Felton is perfect for the role because he is a good actor. He became famous by playing Draco Malfoy in the Harry Potter Franchise. However, after that, he has played many interesting roles too. He is a versatile actor who performs the roles with dedication ad seriousness. Therefore many are waiting to see him in the role of Boogeyman.

Rachel Talalay is serving as the director for the film adaptation. She worked on the Netflix contents like Sherlock and Chilling Adventures of Sabrina. So we can expect her to offer a thrilling series. Moreover, Naia Cucukov and Ilona Herzberg are going to be the executive producers for the film.

So for all the fans of horror genres, this film will surely be a treat because it promises a lot of frightening events and spooky monsters. Enjoy this film as it will help you to celebrate Halloween.

Do not miss to watch the film on Netflix. You will surely love it.