A Student and Teacher Affair TV series “A Teacher” Review 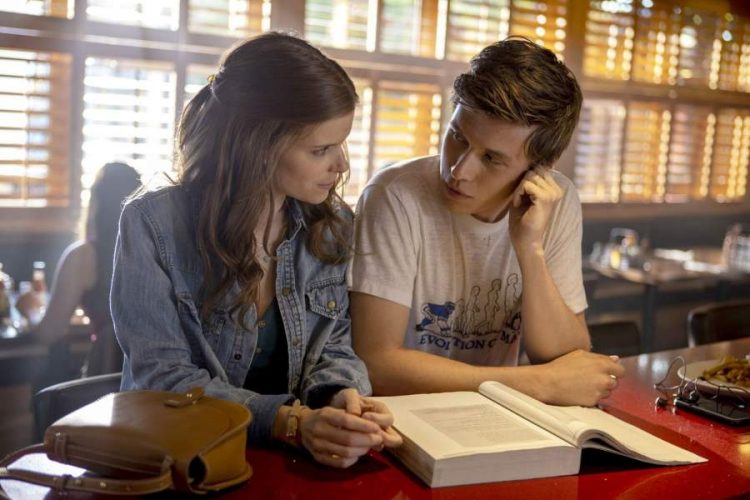 A Teacher is a drama television series made by Hannah Fidell.  The main characters of the story are Kate Mara who acts as the teacher and Nick Robinson as the student. The producer of the series is FX. It premiered on Hulu on November 10, 2020. The affair between a teacher and a student gets shown in the series with all the repercussions. Here is a review of the series.

What is the plot of A Teacher?

The story traces the life of Claire Wilson a popular English teacher thirty years old. She starts to have an affair with an eighteen-year-old student Eric Walker. It gives an audience a tale of how he gets emotionally as well as physically coerced by the teacher for her own needs. In the end, he asks help from his mother when he accepts that he was in an unhealthy relationship. This is how Fidell adapted A Teacher film into a TV series. The series was different than that of the film.

What did the audience think about the TV series?

The series deeply delves into how a relationship starts between a student and a teacher. At first, their relationship starts with little flirting but then they end up becoming serious. We get to see the side of the teacher too. Her relationship with her husband is not good and they do ho have a child. So after seeing Eric she becomes attracted to him and has sex with him many times in the series.

Eric too thinks that he is hopelessly in love with her. His relationship with the girl he likes in college also gets ruined. He cannot think past his feelings for the teacher which shows his immaturity in handling relationships. Many critics called the series as a cautionary tale.

The first five episodes of the series showed us how the two people manage their relationship hiding it from their respective families. It all looked good to them but then their secrecy takes a toll on them. The secret leaks out and they face all the dire results. Claire gets branded as a predator and Eric as the victim. Furthermore, it affects their personal relationships too. Wherever they meet people the story follows them. It seems as if they cannot have a normal life again.

The actor’s Mara and Robinson did a wonderful job in their roles. Mara depicted the feelings of the broken Claire well. She is a woman with a marriage that does not satisfy her so she encourages the student to have a relationship with her. This makes her feel young and happy again but she is unaware of how it affects Eric.

On the other hand, Robinson portrayed the emotional turmoil of a teenager in his first love affair realistically. He thinks that he is in love with Claire and she is his soul mate.

However, we hope that the final episode of the series that will release on December 29, 2020, will end well. We will get to see how Eric gets help to come out of the troubled relationship. As he has understood that what he had with Claire was unhealthy we have to wait and see what his mother will do to help him. Moreover, Claire is also starting to meet new people after coming out of jail. Will she ask sorry to Eric for the abusive relationship? This will also get revealed in the tenth season.

Overall the series was a good experience. We get to know how an affair can affect the psyche of an immature mind.

Catch all the episodes of A Teacher on Hulu. It is a faithful interpretation of how an affair between a student and a teacher leads to many problems.