Alyssa Bustamante: The Teen Murderer, Who Killed a 9-year-old Girl 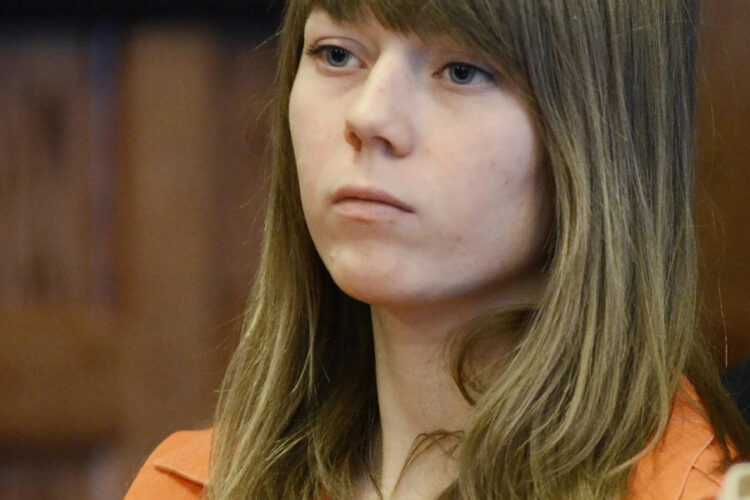 In St. Martins, Missouri, the Elizabeth Olten murder sparked a heated debate. All areas of America immediately heard the news. On October 21, 2009, Alyssa Bustamante, killed a nine-year-old girl named Elizabeth Olten. The murder victim was only 15 years old, which is the most horrific aspect of this case.

Here’s everything we know about the murder and the murderer, Alyssa Bustamante!

The Murder of Elizabeth olten That Shocked Everyone

The Bustamante family lived four houses up from Elizabeth Olten. Patricia Preiss, Elizabeth’s mother, stated that her daughter wanted to play at Alyssa’s house on the night of her murder. After a lot of pleading, she allowed her to go. She had no idea it would be her final encounter with her lovely daughter! She frequently visited and played with Alyssa and her siblings.

Elizabeth left her house at 5:00 and did not arrive till 6:00. Her mother realized something was wrong. FBI agents questioned the suspect, Alyssa, the day after Elizabeth disappeared. They also took her diary. Soon after, the police discovered a small hole behind her house. The adolescent strongly stated when questioned about it that she enjoyed digging holes. This gap reminded me of a grave.

The investigation took a lot of time. Elizabeth’s body was discovered after they dug it, shocking for all of them. The authorities discovered another shallow burial with a cover of leaves behind the Bustamante residence.

Following the hearings, the cops took Alyssa Bustamante into custody and charged her with first-degree murder.

Alyssa had a reputation for being an outspoken adolescent. But she continued to behave in a completely normal manner. The news of her cold-blooded murder of a kid horrified the entire small community of St. Martins, Missouri.

Her acquaintances claim that Alyssa was a lovable and kind girl. She was incredible.

Alyssa Bustamante appeared to be an innocent lady on the outside, but she was much darker on the inside. Moreover, police discovered that she had a difficult childhood after looking into her background more thoroughly.

When parents neglect their children, they usually have a rough time in life. Due to their drug addiction and involvement in numerous small-time crimes, Alyssa’s parents barely cared for their children.

When Alyssa Tried to Kill Herself

Alyssa’s life was going without a hitch. But when she attempted suicide in 2007, things took a sharp turn.

She received anti-depressants after spending ten days in a mental health facility. Moreover, she cut herself repeatedly, even after taking medication. She often shows her wrist scars to her friends.

How did Alyssa Prepare for Murder?

This one is one of terrifying incidents that should go down in history. It’s tough to comprehend “how a teenager can plan a murder and prepare for it.”

The weekend before the murder, Alyssa began to get ready. She worked all day long digging two graves in the ground.

The adolescent went about her daily routine of attending school and hanging out with buddies. She was waiting for the ideal moment to murder. Four days after she dug the ground, she got a terrible chance.

She grabbed Elizabeth Olten, beating, strangling, stabbing, and throat-slitting her. She dumped her body into a grave.

Elizabeth’s family immediately began looking for her when she didn’t arrive home on time. To report her missing, they made a police call. Her family was aware of the youngster’s fear of the dark.

Police scoured the entire little town after receiving the report to find her. The cops could not find her body even though the location indicated she was in the woods.

Alyssa’s confession in a letter led the police to Elizabeth. The police were guided to the grave by Alyssa herself.

The Reason for The Murder

If you believe that Alyssa’s decision to kill Elizabeth was a personal grudge or a family feud, you need to think again. No controversial theory exists for this murder.

The murderer herself provided the most straightforward justification for the crime. Alyssa explained to the cops that she wanted to experience what it was like to murder someone.

Because no mentally healthy person would wish to kill an innocent person to experience what it feels like to murder someone, the teenager’s comment shows that she had mental health issues.

Alyssa had always been a troubled kid. Even though it wasn’t apparent to her friends or grandparents on the outside, she had a history of suicidal thoughts. Also, she was taking anti-depressants. She got inpatient and outpatient treatments when her grandparents sent her for the treatment.

Moreover, Alyssa Bustamante was a cutter. It is someone who uses cutting, inflicting physical harm on others, or self-mutilation—as a way to cope for emotional distress or harm.

How did The Trials of The Case Take Place?

Police detained Alyssa Bustamante and accused her of first-degree murder immediately following her confession. The judge decided that she should not be tried as a minor but as an adult when she was brought before the court on November 17, 2009.

Alyssa Bustamante made numerous efforts to hurt herself, even while in detention. With her long fingernails, she cut herself. According to reports, the adolescent had acute anxiety and depressive symptoms while in jail. She was under constant suicide watch. Authorities sent her to a psychiatric facility for assessment and treatment after her attorney filed a request.