Are Ashley Cain and Safiyya Vorajee Still Together? 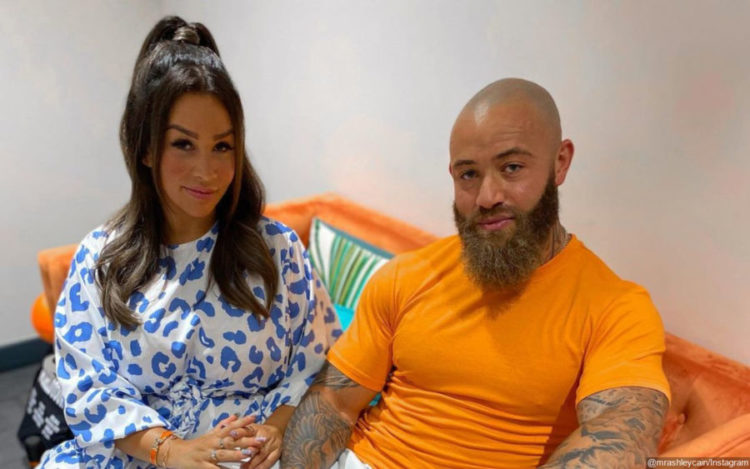 Ashley Cain is a former football player who later turned into a reality star. He is also popular for MTV’s Ex On The Beach show. Ashley was in a relationship with Safiyya Vorajee, who is a registered nurse and dermal filler. The couple even had a daughter baby who died of cancer. After this tragic incident, the couple decided to take a break from their relationship and wanted to live their life separately.

In this article, let us discuss about this couple and see whether they are still together in their relationship.

Who is Ashley Cain?

As already said, Ashley Cain is a former footballer, who was born on 27th September 1990 in Nuneaton, United Kingdom. He played for the Championship side, Coventry City. But the footballer loan spells to other clubs such as

Additionally, the former footballer became a reality star after appearing in the three seasons of the MTV show ‘Ex on the Beach.’ Furthermore, he is a model and worked for various brands such as the

Safiyya Vorajee was born on 16th August 1987. She is an aesthetic practitioner and a nurse. One can see her many pictures on Instagram where she shares her work-related pictures. She also shares her brand, Mz Pretty on Instagram. In 2017, Safiyya started dating Ashley but they didn’t open up about their relationship at that time. But in January 2018, Ashley came officially to share his relationship with Safiyya.

Actually, the reality star, Ashley also dated her fellow star, Chloe Khan in 2016. But the couple broke up their relationship soon.

What Happened to their baby Daughter, Azaliya?

The couple, Safiyya and Ashley blessed with a daughter baby named Azaliya Diamond Cain. She was born on 10th August 2020. The couple was happy with the new entry into their family. So, how did Ashley Cain’s baby die? Unfortunately, the baby was diagnosed with Leukemia after two months after her birth. On April 25, 2021, the baby girl passed away from fighting cancer. It was a heart-breaking incident for the couple. Both of them shared their feelings about Azaliya and the shared notes showed how the couple missed their baby badly. Safiyya added some emotional things about her baby on her Instagram post.

Soon after knowing about their baby’s health condition, the couple decided to take her home. They enjoyed the last days of Azaliya and posted pictures and videos of her on Instagram. Ashley even released a short video in which he kissed his baby on her head in the hospital bed.

The couple was devastated about getting no treatment options for her baby’s health issue. According to doctors, the girl baby had a rare form of Leukemia and more tumors. Hence, they could not save the life of a little girl, as he battling a rare form of cancer.

Ashley Cain and Safiyya Vorajee after the Death of Azaliya

Ashley began dating Safiyya in the year 2017. But they didn’t open up about their dating to the media. Then, in January 2018, they confirmed their relationship on Instagram officially.

So, whether Ashley Cain and Safiyya Vorajee are still together now? Safiyya is strong about her relationship with Ashley after the death of her daughter, Azaliya. Her daughter died of fighting rare cancer called acute myeloid leukemia. She was just eight months old at the time of her death.

The couple visits their child’s grave thrice a day and this made their fans feel sorrow about it. Safiyya was asked about the charity that both of them set up in their daughter’s name. It was some £1.6million. This amount is mainly raised for their daughter’s cancer treatment, but it was of no use at all. So, Safiyya replied that the amount will get ready within a short period.

Are Ashley Cain and Safiyya Vorajee Still together?

Ashley and Safiyya decided to stay separately for some time after the death of their daughter. Ashley confirmed his split from Safiyya, his long-time girlfriend. After the heartbreaking news of Safiyya’s death, the couple decided to stay a few months separately.

It was a tough decision that the couple took themselves to come out of the tragic incident. The couple was together for some years and they shared a wonderful love and support during that time. They are still bonded by eternal love and affection. At present, the couple wanted to dedicate their time to their foundation.

At present, the couple is not living together because of their daughter’s death. Since the couple is facing a lot of stress and depression with the loss of Azaliya, they decided to go separately for some time. Thus, we can’t guess whether the couple will get back into their relationship or not.