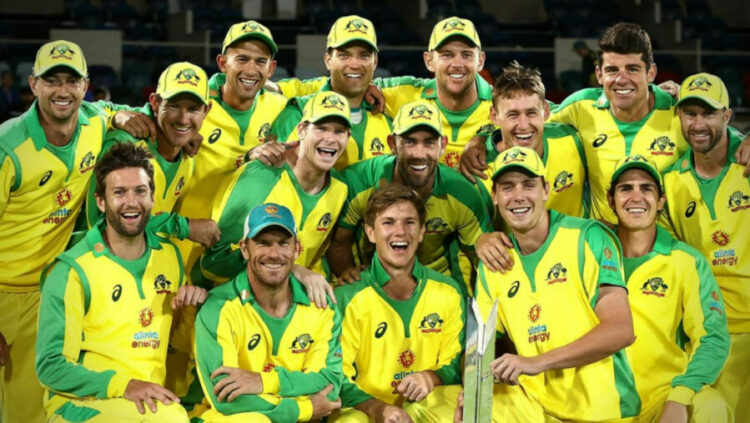 The T20 World Cup is due to begin on October 22 at the Sydney Cricket Ground. Thus, learn about Australia’s 2022 squad and team players roster. The Super 12 stage will begin with Australia against New Zealand. Australia will serve as the first country to host a Men’s T20 World Cup at home. As a result, the defending champions have revealed a potent World Cup roster. A

ustralia’s 15-man squad for the T20 World Cup was unveiled on Thursday.

Australia must defend their crown at home

Australia, the most successful cricketing nation, is preparing to defend their crown. Last year they won against New Zealand in Dubai.

Since Australia didn’t have the majority of its stars in top shape before the tournament’s opening. Nobody was picking them to win the trophy at the beginning of the 2021 World Cup. As the competition progressed, Australia showed off their dominance in the game of cricket. By defeating both Pakistan and New Zealand in the finale.

CA revealed their 15-man roster for the T20 World Cup 2022 on Thursday. Aaron Finch will once again serve as the team’s captain for Australia.

The unbridled speed trio of Cummins, Hazelwood, and Starc will again lead the pack in Bowling.

Mithcell Swepson, who was regular in the Australian T20 squad, is ruled out of the T20 World Cup in 2022. Australia already had Adam Zampa in their team.

Given that Zampa is their go-to spinner on any given wicket. They decided to bench Swepson to make room for Agar.

Aston can not only bowl four tight overs for Australia. But he also has the batting potential to hit sixes at the finish.

The Singaporean-Australian cricketer, who has previously represented Singapore in 14 T20 internationals, will represent Australia in the World Cup.

Tim David will represent Australia at the World Cup as a free agent. This is because CA has not yet given him a full-time contract. The six-hitting machine is expected to make a sizable salary to compete in the World Cup.

Tim David was reared in Western Australia after being born in Singapore. He has already participated in 14 matches for Singapore. Recording an impressive strike rate of 158.5 and an average of 46.5. The Australian would anticipate Tim David hitting him with the same deadly force.