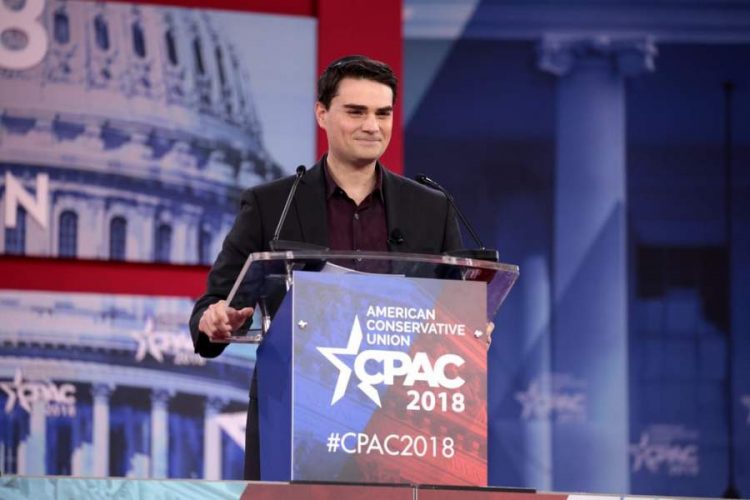 Benjamin Aaron Shapiro (Ben Shapiro) is a popular conservative political, attorney and media host. He is the youngest nationally syndicated columnist. He writes for Creators Syndicate, Ami Magazine, and Newsweek. He also does The Ben Shapiro Show. He also has written eleven books. Moreover, he is a critic of the alt-right movement. He is thirty-six years old. Many people wonder Who is Ben Shapiro and why he is popular.

The birth date of Ben Shapiro is January 15, 1984, and his birthplace is Los Angeles, California. He comes from an Orthodox Jewish family and belongs to Lithuanian-Jewish ancestry. He had the talent to play the violin at a very young age. He performed at the Israel Bonds Banquet in 1996. Both of his parents had a job at Hollywood. His mother worked as an executive in a TV company. His father worked as a composer.

Shapiro attended Yeshiva University High School of Los Angeles. At age sixteen he graduated. He got a Bachelor of Arts degree in political science. Then he served in the law offices. Then at 2012, he worked in legal consultancy firm called Benjamin Shapiro Legal Consulting.

– Career as an author

Shapiro started to work in politics at a very young age. He began a nationally syndicated column at age seventeen. He wrote two books by age twenty one.  In 2004 he released his first book titled Brainwashed: How Universities Indoctrinate America’s Youth. He argued that the students did not get the required exposure.

One time he got questioned by a famous British conservative journalist regarding his books and shared about it on Ben Shapiro Twitter. He has many followers on Twitter.

– Career as a columnist

In 2012 Shapiro started to work as an editor at large for Breitbart News which is far-right. He resigned this position because of some issues. He became a target of antisemitic tweets.

– Career as a host

Shapiro became a part of KRLA-AM 870. He started to work as a host along with personalities like Heidi Harris and Brian Whitman. In 2016 he became the host of The Morning Answer. It is a conservative radio show. Ben Shapiro Radio show faced problems when the executives started him to speak in support of Trump. But Shapiro was always critical of Trump’s actions.

Then he started The DailyWire started in 2015. Ben Shapiro podcast called The Ben Show got broadcasted every weekday. This became the second most popular podcast.

– Career as a speaker

Shapiro is also a frequent speaker at universities. On 2014 Ben spoke YouTube about how the Muslim minority is a myth because there are half of them in the world. But the UK rejected this methodology. Ben Shapiro Cardi B news gained media attention when she mocked him for reading the WAP lyrics.

The sister of Ben is Abigail Shapiro. She is an opera singer. But because of her brother’s views, she got trolled in social media. He has a maternal cousin who is a writer and actress and her name is Mara Wilson. Ben Shapiro’s wife is Mor Shapiro and she is an Israeli medical doctor. They have two daughters and a son. In 2020 he shared that he and his family are going to move out of California.

The net worth of Ben Shapiro

Ben Shapiro net worth is $25 million. He is a great host and a speaker. Many people love how he puts out his views. His radio shows and podcasts earn him a lot of money. His writing career also adds to his net worth. He is going to leave his large Californian home and move to Tennessee. He has listed his home for sale for the amount of 2.6 million.

Ben is a great host. He is a bold personality who has questioned many changes.