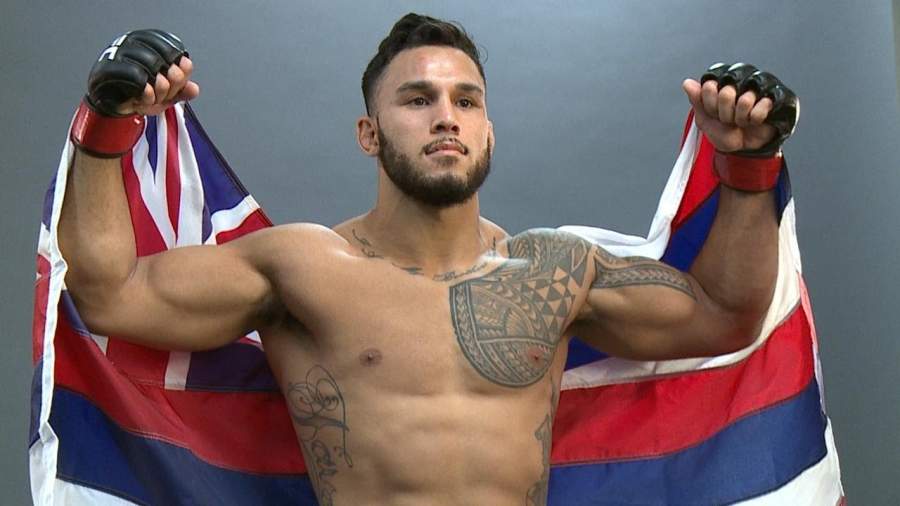 Bradley Kaipo Sarbida Tavares is a well-known professional mixed martial artist. He competes in the Ultimate Fighting Championship (UFC) and is a professional player since 2007. Currently, he is the thirteenth in UFC middleweight rankings. His team is Xtreme Couture. He has an excellent mixed martial arts record and has inspired many people to learn the fighting technique. Know all the information about this amazing personality here.

The birthdate of Brad Tavares is December 21, 1987, and his birthplace is Kailua, Hawaii, United States. Brad Tavares family follow Christianity and their nationality is American. The information about his family is not available as Tavares maintains a low profile. He had an interest in sports from a very young age. Moreover, he was part of football and track teams in his school. Then after completing his high school he served as a ramp agent for the Hawaiian Airlines.

On 2007 Tavares began his career in MMA in his home state Hawaii. His record was 5-0 with two submission wins and three technical knockouts. Then he started to train with Mixed Martial Arts Development headed by Randy Leuder, Brandon Wolff (UFC), and Rob Hesia.

On 2010 Tavares became part of the eleventh season of The Ultimate Fighter. In the elimination round, he defeated the fighter Jordan Smith via KO. He got selected fifth by Team Liddell. After that Tavares won over James Hammortree in the second preliminary round. This fight became a draw and then the fighters went to the third round. In this round, Tavares became the winner. Then in the quarterfinals, Tavares fought with Seth Baczynski. But the opponent got disqualified in this round because of using an illegal kick. So Tavares reached the semi-finals. In the semi-finals, he fought with Court McGee who became the winner.

Brad Tavares UFC had a rematch with Seth Baczynski. He won the match through a unanimous decision. He was able to set a good record in UFC by fighting with many talented mixed martial arts fighters.

Brad Tavares is a very private person so we do not know if he is dating anyone or not. But he likes to spend his time with his family in Hawaii. He also likes to visit places because he posts pictures of his travels on Instagram. He is thirty-three years old. Furthermore, he has a large tattoo in his chest and arms. He is six feet in height and his weight is eighty-four kgs.

The net worth of Brad Tavares

Brad Tavares received a six-figure salary because of his part in UFC. Brad Tavares net worth is $2 million. As he is a well-known mixed martial arts player he gets money through endorsement deals, pay per views and contracts. As he became the winner in many matches he received a lot of prize money. His primary residence is in Hawaii.

Brad Tavares is a great player because he has given many knockouts. He uses his skill perfectly in the games and enjoys travelling.