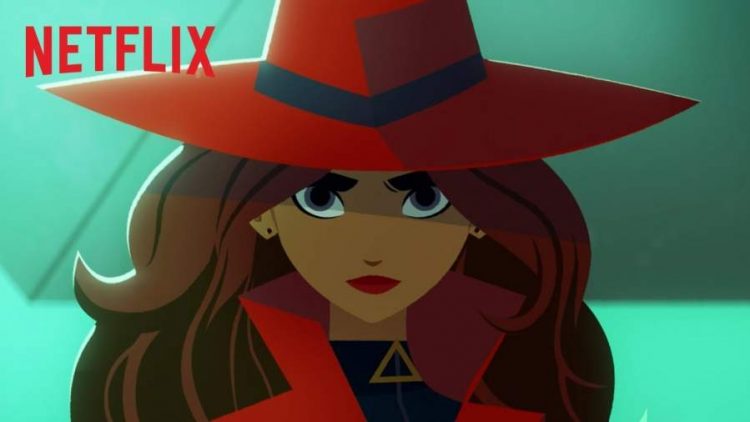 Carmen Sandiego is a popular educational mystery game created by Broderbun. It. got released in 1985 and then later developed into a video game series that garnered a lot of attention. This game has a Netflix series adaptation for kids. Many children have become the fans of the female fighter Carmen Sandiego who solves crimes and returns the stolen objects to the owners.

The first season of the series released in Netflix in January 2019 and the second season released in 2019. Now there are talks of Carmen Sandiego Season 3. Know more about it here.

The series got renewed for season 3 on April 24, 2020. The date of release is set on October 1. So season three will serve as a good treat for the fans who are waiting for it. We will get to see more adventures of the mysterious and admirable Carmen Sandiego

The plotline of the Carmen Sandiego TV series

Carmen Sandiego is a female Robin Hood of the modern-day world. She steals things from V.I.L.E and returns the goods to the owners. She wears a red cloak which is her trademark outfit. The people who accompany her are the hacker called player and siblings Zack and Ivy. But the authorities find her troublesome because they have labelled her as a criminal. The series depicts how she escapes from the law and performs her heists. Moreover, the audience will get to know who Carmen Sandiego really is.

She is the mysterious heroine of the series. Her mission is to steal money from the organization V.I.L.E. and donate it to the people who need the funds. The Carmen depicted in the series is very different than the original game versions. As the series progresses Carmen finds out that she has a mother who may be alive.

He is a hacker who comes from Niagara Falls, Ontario. He assists Carmen in her heists. The Player cares for Carmen and updates her about various places before her visit.

He is one of the siblings who help Carmen in her missions. He serves as the wheelman in the heists.

She is the sister of Zack who is a skilled engineer. She is more brilliant than her brother.

He is a master fighter and an assassin. He is one of the secret members of Carmen’s team and her well-wisher.

The creators have shared that the new series will contain more travel and more adventure. In season two we saw the chief sending Devineaux to find Carmen. So he may try to stop Carmen from finding her mother Vera Cruz who she learns has faked her death. So a lot of new things are coming our way in the new series. Get ready for season three which will release next month.

Carmen Sandiego season 3 is an interesting tale about a fantastic female fighter skilled at theatrical heists. Her moves are always unexpected. The new season will show more of her adventures so stay tuned.