6 Differences Between CBDC vs Cryptocurrency 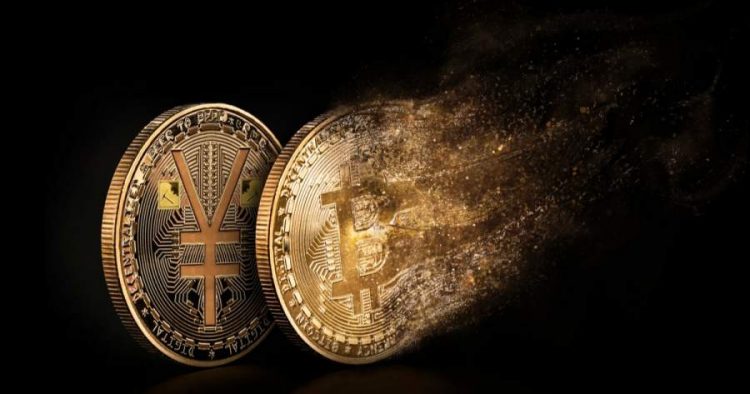 The Central bank digital currencies are one of the best aspects of the global financial ecosystem. They are getting prominence in the financial services industry as well as the media. Also, the people’s Bank of China has replaced the use of cash with digital currency. Now The European Central Bank is also deciding to add CBDC to their financial system. But eventhough the CBDC is becoming popular many have confusion between the CBDC and Cryptocurrency.

What do we know about CBDC?

The central bank digital currency (CBDC) is a blockchain-based currency issued by the bank. It has not launched yet so we can only make assumptions about its design. According to many sources there are private digital currencies that are available in the area of the digital payment industry.

Furthermore, CBDC has no investment value. If there is any malpractice the central banks will have the authority to intercede and make everything right again. They are useful for commercial online payments. Another good feature that CBDC has is that the banks use the private blockchain network. It is known as the permissioned blockchain network. Also, it will be under the central authority which is the bank.

What do we know about cryptocurrency?

Many people who know about blockchain are aware of cryptocurrency. They are the decentralized digital assets stored in blockchain networks. Also, they are in unlimited supply. The users in the blockchain can earn tokens by supporting the network. For this, they use two methods called mining and staking.

Many people can join the crypto blockchain network. They can watch its state even when they are not actively participating in it. Also, the users can become miners. In the blockchain networks like bitcoin, all the users are equal and they have the same rights. Also, there is no special figure. The users will reach a consensus and will maintain the state of the ledger.

Do you know that cryptocurrencies are both assets and currencies? The people in it can speculate on the price and also take part in investment markets. Also, they can make use of special projects like Bitcoin in case of inflation and economic instability.

Is CBDC similar to Cryptocurrency?

The users of Cryptocurrency find digital currencies issued by the banks to be very different from cryptocurrencies such as Bitcoin. Also, the CBDCs belong to centralized groups which mean that a single authority takes the charge of issuing the currency, verifying the transactions and long term security of the network.

However, many of the cryptocurrencies are created specifically to be beneficial in case of the absence of governments and central banks. For instance, the creator of Bitcoin the unidentified Satoshi Nakamoto shared in 2008 that the economic crisis influenced him to create Bitcoin.

Cryptocurrencies such as Bitcoins use consensus algorithms instead of the central banks’ entity. This will ensure the integrity of the bitcoin network. Also, in blockchain technology the consensus algorithms are used to maintain transparency and accountability. Most of the digital currencies designed by the bank are not blockchain-based. They also do not follow cryptographic principles. But Government all around the world are starting to use the CBDC development. Many are researching the potential for CBDC from 2021.

What are the differences between CBDC and Cryptocurrency?

Many see CBDC in a negative light as they are under the control of the central banks. But there are certain demerits in Cryptocurrency too. But some new options are present to make both the CBDC and Cryptocurrency useful to the users. Here we will see some of the differences between blockchain-based CBDCs and other types of Cryptocurrencies.

1. The Government-backed money and private money

One of the differences between crypto vs CBDC comes from the nature of cryptocurrency such as stable coins. The central bank digital currencies are one of the variants of private money. But some may argue with the connection of stablecoins and external assets. Yet the cryptocurrencies such as stablecoins are one of the clear aspects that have started the debate between government-issued currency and private money.

The private agency or the entity is the one that issues the stablecoins and other cryptocurrencies. Also, the blockchain-based CBDCs get the benefit when seen through this aspect. It has offered a flexible platform for joining the current processes for giving flat currencies along with blockchain technology. So the origins of cryptocurrencies are important.

2. The difference in fundamental goals

The CBDC vs Cryptocurrency debate is important because they are important for the larger financial ecosystem. Bitcoin is essential during the time of price volatility. But people think of it as an inflation hedge and a safeguard against currency devaluation. Also, the Crypto vs CBDC comparison given here will offer the representation of the fiat currency. So the blockchain-based CBDC are good for flat currency replacement.

The users of Cryptocurrencies can enjoy anonymity. The other users cannot know who they are. But the users of CBDC have to give their identity to the bank they have an account with. So the bank will know their details.

The CBDCs are useful for payments and other monetary transactions. On the other hand, cryptocurrencies are applicable for selective purposes only. Not all institutions and companies accept this type of payment.

In central bank will decide the rules for the CBDC. But on the Cryptocurrency networks, the authority is the user base. This means that there is no central authority. Some people in this network have the authority delegated to them. Also, the decisions are made through consensus.

Also read: Who is Satoshi Nakamoto? Know All About Bitcoin Creator?

Also read: How to Buy TRX with ETH?

How Do You Spend Your Money Wisely?